Songs Were Made to Sing Mary Stallings 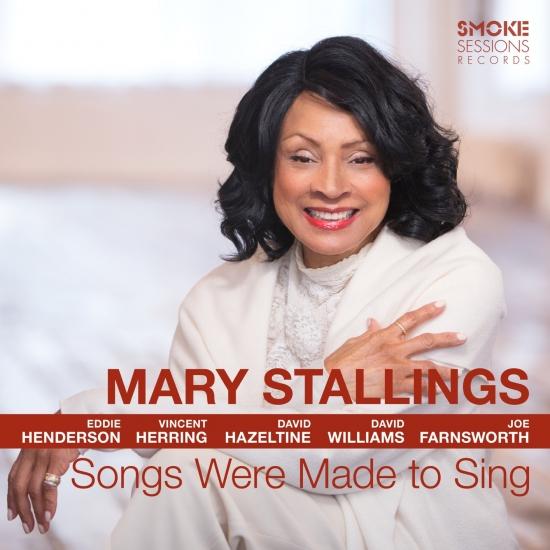 Info zu Songs Were Made to Sing

Not a single lyric on Songs Were Made To Sing was written by Mary Stallings, but each one represents a chapter in her life and a piece of her soul. On her latest album, due out May 17 from Smoke Sessions Records, the incomparable vocalist has crafted an exquisite collection of classic songs to reflect on a life well and passionately lived. With Songs Were Made To Sing, Stallings puts her distinctive stamp on a diverse set of 13 songs, using her gift for interpreting a lyric to transform familiar melodies into profoundly personal and captivating stories.
From the youthful passions and heartbreaks of “Stolen Moments” and “Lover Man,” to the wistful ruminations of “While You’re Young” and “Give Me the Simple Life,” Songs Were Made To Sing travels a journey of decades, with songs that collect wisdom and maturity along the way. Impulse ripens to romance, hope deepens to reflection, and Stallings’ voice captures every emotional step along that path with a perfectly chosen lyric from some of the greatest songwriters of all time.
“It’s amazing how you can feel things in your heart and in your mind but not find the words to say them,” Stallings says. “But I can always find a song that expresses everything that I need to say. So I pick tunes that seem to apply to me personally, and a story grows out of that.”
The soulful Bay Area chanteuse worked closely with master pianist David Hazeltine (Joe Henderson, James Moody), who tailored the album’s vibrant arrangements to Stalling’s singular voice and to the stellar band that was assembled for the date, which brings together such greats as saxophonist Vincent Herring (Cedar Walton, Nat Adderley), bassist David “Happy” Williams (Roberta Flack, Elvin Jones), and drummer Joe Farnsworth (McCoy Tyner, Pharoah Sanders). Percussionist Daniel Sadownick(Michael Brecker, Steely Dan) is added to the mix for Latin-tinged takes on “Lover Man” and “Lady Bird.”
Adding extra meaning to the occasion is the appearance of veteran trumpeter Eddie Henderson (Herbie Hancock’s Mwandishi, The Cookers), whose friendship with Stallings stretches all the way back to their days as students at San Francisco’s Lowell High School, when the singer was already a well-known presence on the city’s thriving jazz scene.
“I always admired the way Mary sang,” Henderson recalls. “And, I was ecstatic to reunite with her and play together again. She makes the lyrics come alive; she’s not just saying arbitrary words, she means it.”
The middle child of 11 siblings, Stallings grew up around music, getting her first professional experience with her mother and two older sisters in a family gospel group. Her uncle, tenor saxophonist and bandleader Orlando Stallings, introduced her to jazz – still considered by some in the church at that time as “the devil’s music.”
“My music was gospel but I loved to listen to Uncle Orlando play bebop, too,” Stallings says. “They called it ‘sinful music,’ and I wanted some of that sin.”
Decades before it became one of the cornerstones of psychedelic rock, San Francisco’s Fillmore District was lined with jazz and blues clubs, becoming known as the “Harlem of the West.” This was the scene that Stallings dove into as a teenager in the early 1950s, performing with such giants as Ben Webster, Cal Tjader, Earl “Fatha” Hines, Red Mitchell, Teddy Edwards, and the Montgomery Brothers – Wes, Buddy, and Monk.
1961’s Cal Tjader Plays, Mary Stallings Sings earned the vocalist her strongest accolades and led to a busy decade in which she toured with Tjader, Billy Eckstine, and Dizzy Gillespie. She spent three years fronting the Count Basie Orchestra, after which she spent the majority of the 1970s focused on raising her family – including her daughter, the acclaimed R&B singer Adriana Evans. Stallings made a full-fledged comeback in the early ’80s, releasing a string of albums with such luminaries as Gene Harris, Monty Alexander, Gerald Wiggins, Harry “Sweets” Edison, and Geri Allen.
Stalling’s long-running musical relationship with Buddy Montgomery, which lasted until his death in 2009, provided a strong bond with Hazeltine. During his own formative years in Milwaukee, Hazeltine was taken under Buddy’s wing while the great vibraphonist and pianist lived in the Midwestern city for more than a decade before returning to the West Coast. “Buddy was one of my main mentors, and Mary loved Buddy and worked with him a lot,” the pianist says. “That gave us a nice connection.”
Stallings had long admired Hazeltine’s skills, both through Buddy and the recommendation of vocalist and friend Marlena Shaw, for whom Hazeltine long served as accompanist and arranger. “David is a very fine musician,” raves Stallings, “and boy, did he make magic with the treatments that he gave to this music. He has a great insight and I was thrilled to work with him.” Hazeltine reciprocates the admiration. “I just can’t say enough great things about Mary. She’s imaginative and soulful, with perfect intonation and a creative way of approaching the tunes. I am in awe of her singing ability.”
Surely those expressive qualities are the fruit of nearly eight decades of musical, not to mention life, experience. Stallings brings the entirety of that life to bear on her lyrics, and proudly faces the landmark birthday she’ll commemorate this August.
“I’m going to be 80 years old and I’m very proud of it,” she announces. “I’m still here. I’m still breathing. I’m still living. And I’ll live until I die, spending every day doing something positive. I’m the product of everything that I’ve been through in my life, and that comes through in my music. My joy is getting on that stage and having people listen to my stories.”
Mary Stallings, vocals
Vincent Herring, saxophone
David “Happy” Williams, double bass
Joe Farnsworth, drums
Daniel Sadownick, percussion 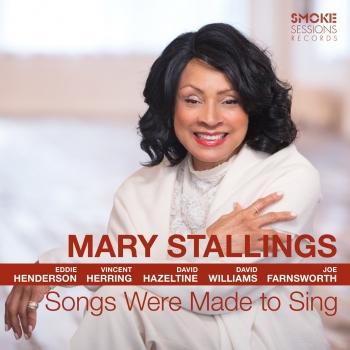 Songs Were Made to Sing 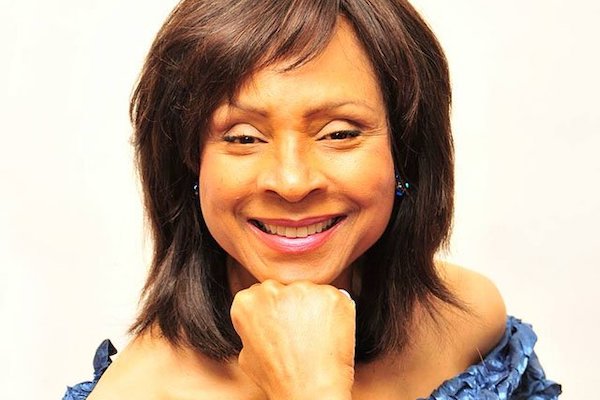 Mary Stallings
“On this special and poignant evening, the singer delivered a wonderful gift, making those present feel so much through her artistry. We can only hope that a new holiday tradition has begun in Prague: Jazz at the National Theater with greats like Mary Stallings.”
These were the words of the Czech music critic reporting on Mary Stallings’ appearance at the Prague National Theater on December 23, 2011 – the first time any jazz artist has appeared at the iconic home of classical, opera and ballet since it was constructed in 1881! That the Prague people would select Mary Stallings to bring jazz to their hallowed hall speaks volumes on Mary’s voice and talent.
Mary Stallings is a classic example of how it takes time, musical seasoning and living a full life to mature as a vocalist and to address a lyric properly. While youthful instrumentalists may have something to say, Stallings brings a lifetime of emotional intelligence that enables her to truly inhabit a lyric.
Born and raised in San Francisco, the middle child of 11 siblings, Stallings started performing professionally before the age of 10 with her mother and two older sisters in a family gospel group. She got her first real taste of jazz at home, sitting in at rehearsals with her uncle, tenor saxophonist and bandleader Orlando Stallings. Stallings’ career got off to an early start in the late ’50s and her supple voice landed her in rarified air: performing with such luminaries as Ben Webster, Cal Tjader, Earl Hines, Red Mitchell, Teddy Edwards, and the Montgomery brothers (Wes, Monk, and Buddy) in Bay Area night clubs such as Hungry i, The Purple Onion and El Matador.
Perhaps Stallings’ best-known recording was the 1961 Cal Tjader Plays, Mary Stallings Sings on Fantasy Records, which brought engagements in Tokyo, Manila and Bangkok along with work up and down the West Coast. She spent a year in the late 1960s performing in Nevada with Billy Eckstine, and toured South America with Gillespie’s band in 1965 and 1966. She has shared the bill with such luminaries as Joe Williams, Tony Bennett and Ella Fitzgerald. From 1969-1972, she enjoyed a successful three-year residency in the Count Basie Orchestra. After touring with the Basie orchestra, she devoted her time to raising her only child, R&B singer Adriana Evans.
Stallings returned to full-time singing in the early 1980s and returned to the recording studio with the 1994 release of I Waited for You on Concord Jazz with pianist Gene Harris. The album Spectrum followed in 1995 with pianist Gerald Wiggins and trumpeter Harry “Sweets” Edison, while her next album featured Monty Alexander as the pianist (Manhattan Moods, 1997), and 2005’s Remember Love was produced by Geri Allen, who played piano and organ and also provided all of the arrangements.
Mary Stallings has played at legendary Monterey Jazz Festival 1965, 1995 and 2003, the San Francisco Jazz Festival 2001, 2004, and 2006, a 2005 appearance with Clark Terry at the Blue Note Jazz Club in New York, the 2007 Savannah Music Festival and Jazz at Lincoln Center’s, “The Birth of Cool.”
In 2010, Mary Stallings signed an exclusive agreement with New York-based, HighNote Records and her first recording, Dream (HCD 7212) was released in October of that year. Mary’s second HighNote recording, 2012’s Don’t Look Back, (HCD 7224) had Christopher Loudon proclaiming in JazzTimes magazine, “Stallings and Eric Reed…achieving the same sort of rare, supreme simpatico as Ella and Louis, or Sinatra and Riddle.”