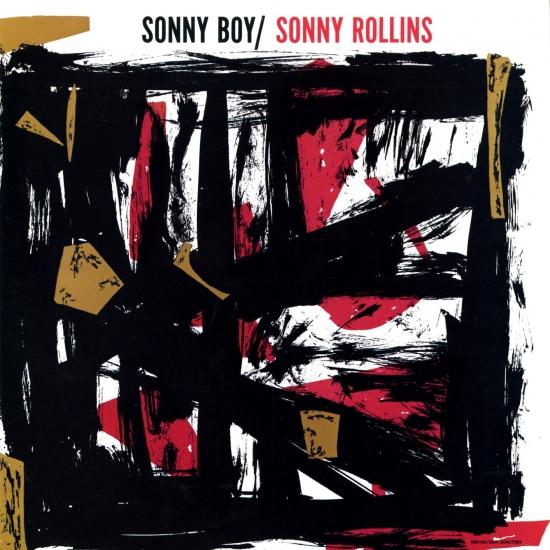 Recorded in 1956 but issued in 1960, Sonny Boy combines three tracks previously heard on Rollins' 1957 release Tour de Force, omitting two ballads sung by Earl Coleman) with the title track, popularized by Al Jolson in the '20s, and an instrumental version of "The House I Live In" from the Frank Sinatra film of the same title.
The blues "Ee-Ah" features a laid-back introduction by pianist Kenny Drew and a remarkable extended solo by Rollins. The aptly titled "B. Quick" and "B. Swift" are lightning-fast improvs spotlighting exceptional solos by all members, especially drummer Max Roach. Of the previously unissued tracks, "Sonny Boy" has a bounciness unusual in '50s jazz, and "The House I Live In" (featuring trumpeter Kenny Dorham and pianist Wade Legge) manages to be simultaneously stately and swinging. They're hardly mere leftovers, and should have been issued long before they were.
Sonny Rollins, tenor saxophone
Kenny Dorham, trumpet (on track 4)
Kenny Drew, piano (on tracks 1-3 & 5)
Wade Legge, piano (on track 4)
George Morrow, bass
Max Roach, drums
Recorded October 5 and December 7, 1956 at Van Gelder Studio, Hackensack, New Jersey
Produced by Bob Weinstock
Digitally remastered