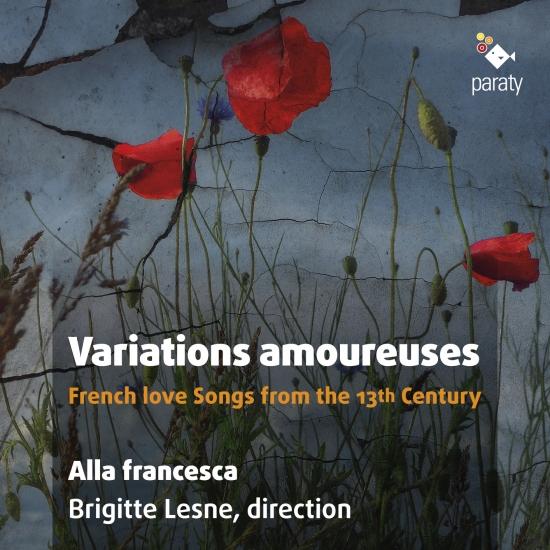 Love variations: The variant, and its corollary the variation, inseparable from the Middle Ages, have established themselves, particularly since Eloge de la variante (In praise of the variant) by Bernard Cerquiglini and the term of “mouvance” (mobility) inaugurated by Paul Zumthor, as genuine writing processes. Extending them to the musical field sounds quite obvious, and allows us furthermore to apprehend the modes of transmission and circulation of the medieval melodic repertoires. These Love variations thus bring into play the sometimes substantial differences which exist between compositions that tread across the borders of genres and styles. As evidence of this lively interpenetration of genres, certain secular monodies sometimes crop up as fragments of conducti, polyphonic songs whose etymology testifies to their original destination: to accompany processions.
Alla francesca
Brigitte Lesne, direction 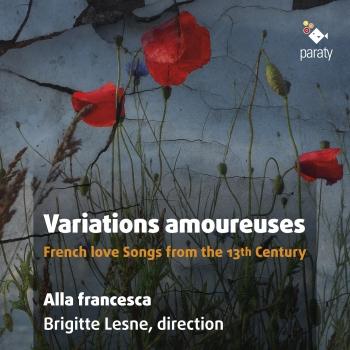 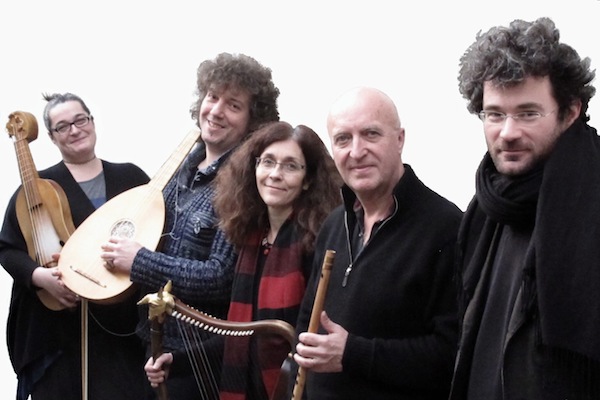 Alla francesca
Internationally recognized for the quality of its performances and the originality of its projects, Alla francesca counts among the essential groups for whom wants to discover the music of the Middle Ages, songs and instrumental pieces, in the best conditions. The interpretation, both lively and poetic, is the result of a long process of maturation, research and exchanges, musicology testing through practice, with a real sense of the performance and contact with the public.
Active since the early 90's, he is placed in the early 2000s under the joint direction of Brigitte Lesne and / or Pierre Hamon across programs and projects. The number varies from two to more than ten musicians and singers when it combines its forces with Discantus and / or Alta, or sometimes to those of a storyteller, a juggler, a comedian or dancers...
Alla francesca focuses on the period from the late 11th to the early 16th century.
Whom wants may discovers a whole musical continent, alternately festive and poetic, with a feigned simplicity or extreme sophistication:
> Troubadours and trouvères songs, estampies and motets, cantigas;
> Works of Machaut and from the time of the ars nova, music from the trecento (Landini) Minnesänger songs, ars subtilior;
> Burgundy and Franco-Flemish repertoires (Ciconia, Binchois, Dufay ...), instrumental diminution (Codex Faenza), Italian frottole;
Other songs have their roots in these high times: Sephardic songs, tarantellas and traditional Italian songs, old songs in Hebrew and Yiddish, Arab-Andalusian repertoires ...
The interpretive research leads Alla francesca in two main areas:
> Working a specific ‘vocality’ for these repertoires, often poetic above all: diction, line, legato, languages​​, practice of "say" ...
> Instrumental techniques, seeking for sharpness of game and joints adapted to the musics of dance and to the accompaniment of the singer; work on improvisation and heterophony.
This experimental dimension leads to the choice of a musically optimal, historically plausible restoration and guarding the respect for the original text. To obtain it, Alla francesca refers to the work of the musicologists as much as to the reading of the medieval papers, to the organological researches of the factors and stringed-instrument makers, as well as in the investigation of the other monodic, popular or learned, European or oriental traditions.
Alla francesca in invited to perform in renowned French festivals, throughout Europe and around the world, up to Australia, Azerbaijan, Canada, Columbia, India, Morocco, Mexico, New-Zealand, Russia, USA, Turkmenistan...
Among numerous awards, Alla francesca has received the “Early music Diapason d’or of the year 2000”. Alla francesca last CD releases are troubadours songs ‘Trobar & Joglar’ (16th recording) and Jewish songs from the North of France.