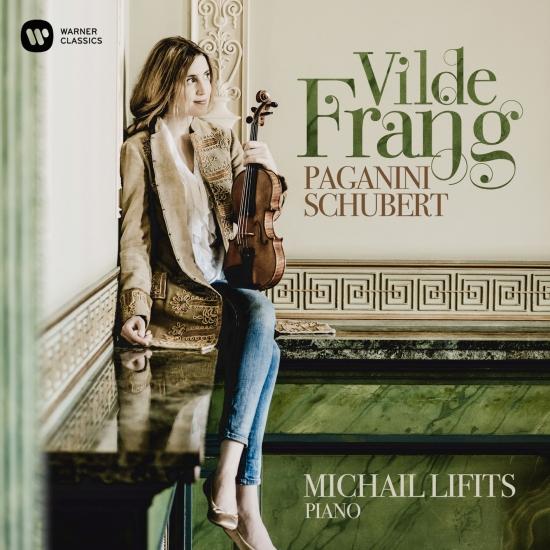 “I have heard an angel sing,” wrote Schubert after he heard Paganini play in Vienna in 1828. Vilde Frang, partnered by pianist Michael Lifits, juxtaposes and links works by these two violinist-composers, who lived vastly different lives, yet are musically connected. Both found inspiration in the human voice and Frang sheds new light on Schubert’s demands for virtuosity and on Paganini’s sensitive musicality.
Vilde Frang, partnered by pianist Michael Lifits, has assembled a programme that juxtaposes music by two violinist-composers of the early 19th century, Franz Schubert and Niccolò Paganini. While they lived vastly different lives and inhabited diverse aesthetic worlds, there are links to be found between them.
Through the juxtaposition, Frang wants to highlight Schubert’s capacity for virtuosity and Paganini’s musicality and sensitivity. “It’s the contrasts that appeal to me,” she says. For her, the key connection between Schubert and Paganini is the inspiration they both found in the human voice. The album includes variations that Paganini wrote on themes from operas by Rossini (Tancredi) and Paisiello (La molinara), and the ‘grand caprice’ that the violinist Heinrich Wilhelm Ernst – considered Paganini’s greatest successor – based on one of Schubert’s most thrilling songs, Erlkönig. It sets a poem by Goethe that tells of a frantic night-time horse-ride by a father and his young son, who is tempted by a wicked spirit, the Erlking. When they reach their destination, the child is dead. “This Erlkönig is a gift to the violinist. There is such precision and accuracy in Ernst’s transcription – it works so well that it sounds like it was written for the violin. And then there is the challenge of characterising the galloping horse, the father, the son and the Erlkönig himself.”
Paganini, born in 1782, achieved enormous success as a virtuoso performer. He lived until 1840, 12 years after Schubert’s death at the age of just 31. “There is an extreme contrast between Paganini, who became a living legend, and Schubert, who tragically did not achieve the fame he deserved,” says Frang. In Spring 1828, just months before his death, Schubert saw Paganini give a concert in Vienna, where the violinist was causing a sensation. He bought tickets for himself and two friends – probably with money that he had earned from a successful concert given in his benefit on 26th March. Unfortunately, Schubert’s concert received little coverage in the Viennese press, perhaps because Paganini was stealing the musical limelight at the time. After Schubert heard Paganini play in Vienna in Spring 1828, he wrote “I have heard an angel sing.”
Frang cites Paganini’s influence on Schubert in such works as the Rondeau brilliant in B minor, D 895, and the Fantaisie in C major, D 943, both of which were probably composed for the young violinist Josef Slavík. When Frédéric Chopin heard him play, he wrote: “He played like a second Paganini, but a Paganini rejuvenated, one who with time will surpass the first ... He makes the listener speechless and brings tears to one's eyes.” Sadly, Josef Slavík died in 1833 at the age of just 27.
“There is a lot of virtuosity to be found in Schubert’s music for violin, but it is also very finely and delicately made,” says Vilde Frang. “He can be five years old in one phrase and 75 years old in the next, or both ages in the same phrase. When you play his music, it can feel like walking on eggshells. Rather than trying to make the music happen, you have to let it happen.
“As for Paganini, he could be a very lyrical composer too. After all, he cherished the art of the song, and composers like Brahms, Rachmaninov, Liszt and Lutosławski all found inspiration in his work. I’d like to associate him with sincerity, purity and a sense of nobility. There’s an almost religious purity in some of his Caprices, and his Cantabile, which I play on this album, is a bit of a sacred moment: it’s rather like a prayer.”
Vilde Frang, violin
Michael Lifits, piano 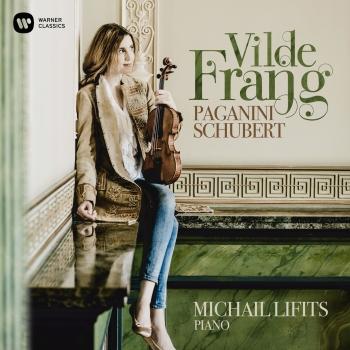 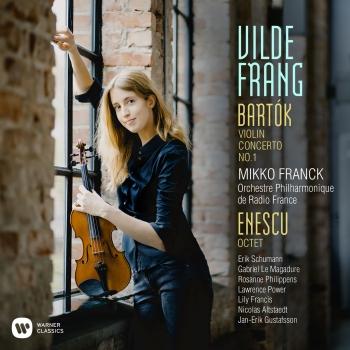 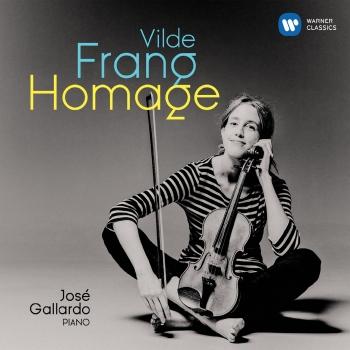 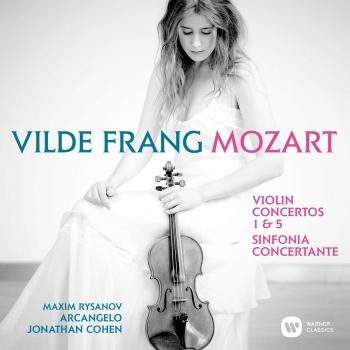 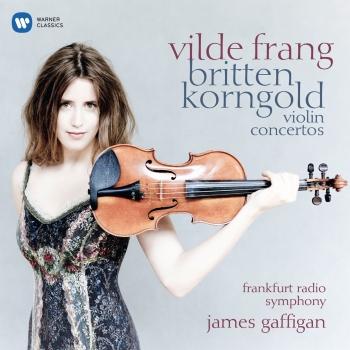 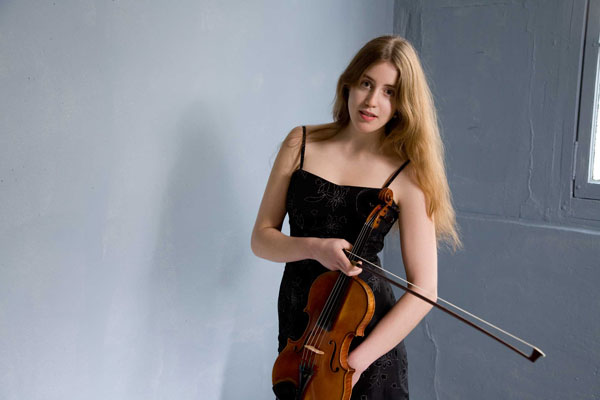 Vilde Frang
born in Norway in 1986, has established herself as one of the leading violinists of her generation, in demand for her musicianship and virtuosity and notable for her thoughtful interpretations and natural sense of style. Since her appearance with Mariss Jansons and the Oslo Philharmonic when she was twelve years old, her career has developed organically and on her own terms. She has appeared on the world’s leading concert stages with the most prestigious orchestras under the batons of the most admired conductors, as well as in recital and chamber music with such colleagues as Gidon Kremer, Yuri Bashmet, Martha Argerich, Janine Jansen, Leif Ove Andsnes and Maxim Vengerov. With her mentor Anne-Sophie Mutter, she has toured Europe and the U.S. in Bach’s Double Concerto. In 2012 Vilde was chosen to receive the Credit Suisse Young Artist Award, which sponsored her debut with the Vienna Philharmonic under Bernard Haitink at the 2012 Lucerne Summer Music Festival. Her recordings of concertos by Sibelius, Prokofiev, Nielsen and Tchaikovsky and sonatas by Grieg, R. Strauss and Bartók for EMI Classics, now Warner Classics, won Edison Klassiek and Classic BRIT awards, the Deutsche Schallplattenpreis, the Diapason d’Or and a Gramophone Award nomination. Vilde’s 2014/2015 season includes many performances of Mozart concertos.
Jonathan Cohen
Arcangelo brings together exceptional musicians who excel on both historical and modern instruments and have a passion for faithful interpretation. Its members, many with flourishing solo and chamber music careers, value the collaboration required of chamber music as the highest expression of music making. Since its formation in 2010, Arcangelo has made a dramatic impact on the musical scene and has already recorded half a dozen albums to high acclaim, including a Gramophone award.
Maxim Rysanov
was born in the Ukraine and studied there and at London’s Guildhall School of Music and Drama. Winner of the 2008 Classic FM Gramophone Young Artist of the Year award and a former BBC New Generation Artist, he performs widely in Europe, Asia and America. His chamber music partners include Leif Ove Andsnes, Nicola Benedetti, Martin Fröst, Sol Gabetta, Janine Jansen, Gidon Kremer, Mischa Maisky, Victoria Mullova, Vadim Repin and Maxim Vengerov. Through collaborations with such composers as Dobrinka Tabakova, Richard Dubugnon and Valentin Bibik – and many others – he has helped to extend the repertoire for the viola.