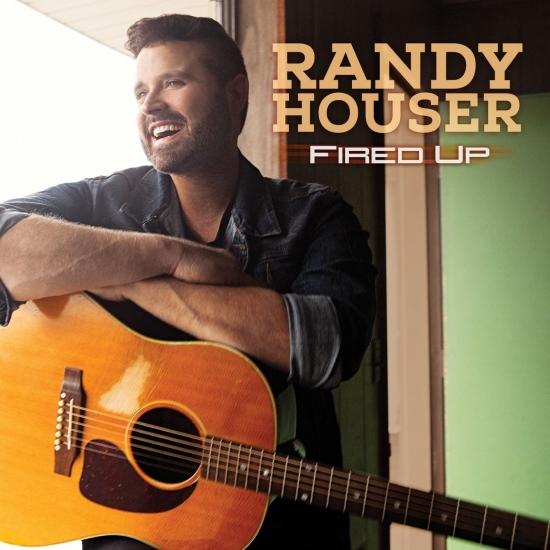 It has been over three years since Randy Houser released a new album and he more than delivers with his fourth album, Fired Up, out. The 17-track release Fired Up is the follow-up to 2013’s How Country Feels, which produced three consecutive No. 1 hits with the title track, “Runnin’ Outta Moonlight” and “Goodnight Kiss” as well as his Top 5 CMA-nominated “Like A Cowboy.”
Fired Up has been a long time coming and no one is more eager to get the new music out into the world than Houser himself.
“I’m very excited to finally get some new music out there,” Houser says in a press release announcing his new album. “Three years is a bit longer than I expected in between How Country Feels and this record, and so much has happened in that time. I wrote a handful of songs on Fired Up, but there are songs like ‘A Little Bit Older’ that I knew I had to record the moment I heard them.”
Houser had a hand in co-writing five of the 17 tracks on Fired Up and the theme of love is apparent throughout most of the album. There are songs that discuss new love (“Lucky Me,” “Fired Up”), reminisce of first love (“Senior Year,” “One Way”) and detail the kind of love that he knows is bad for him (“Yesterday’s Whiskey”). Throughout it all, Houser makes each song his own, whether he wrote it or not, showcasing his innate ability to emote feeling as if he went through the experience firsthand.
Fired Up begins with the nostalgic and introspective song “Back” where Houser finds himself “staring at my life through a rolled down window.” Written by Jeffrey Steele and Bridgette Tatum, the song has Houser asking the important life questions: “Was I the kind of man who gave his word when he shook a hand . . . did I fill my boots with every step I made?” It’s a song that shows Houser’s depth and highlights his vocal power.
Recent No. 1 single “We Went” follows suit with foot-stomping rhythms and rapid fire lyrics, showcasing Houser’s ability to switch things up effortlessly from the more slowed, nostalgic songs to the faster party anthems.
While the beat heavy musical accompaniment in “Chasing Down a Good Time” occasionally drowns out Houser’s vocals, the remainder of the album more than makes up for the song. The slowed ballad “Senior Year” has him reminiscing of a time in his life when spring break was enjoyed as much as sneaking out and sleeping in while the radio friendly “Mine Tonight” is Houser at his best — smooth vocals, complementary musical interludes and a melody that is stuck in the listener’s head long after the last note is heard.
Highlights on the album include the soaring “Song Number 7″ and guitar heavy “Before Midnight.” While the more energetic tracks will no doubt be a fun new staple in Houser’s live show, it is on the ballads that his vocal talent shines brightest. “True,” co-written by Houser and Rob Hatch, is a beautiful love song that comes from a real place for the singer. Meanwhile, “One Way,” written by Chris Stapleton and Lee Miller, is a powerful song that has Houser singing of trying to connect with a former flame. “I guess I always thought that she’d come back around,” he sings. “Everybody knows things change but they don’t want it to, nobody wants it to, I don’t want it to.”
While the ballads highlight Houser’s vocal talent, the singer isn’t one-dimensional. Rollicking album closer “Whiskeysippi River” demontrates the singer’s fun side with swampy guitar accompaniment. The ideal backwoods jam with grooving music, Houser’s country roots remain intact.
A versatile album that includes both Houser’s vocal prowess and diverse musicianship, Fired Up will satisfy fans who have been waiting for three years for new music from the singer. With 17 tracks that blend love ballads, heartache and a good time, Houser offers something for everyone.
Randy Houser, vocals 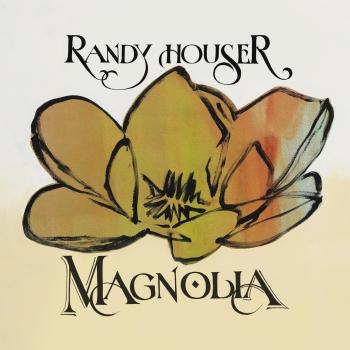 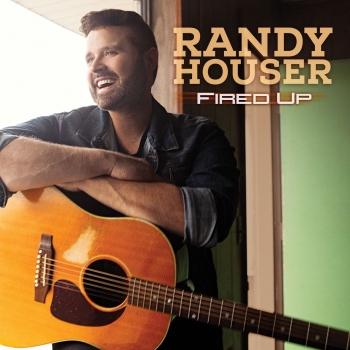 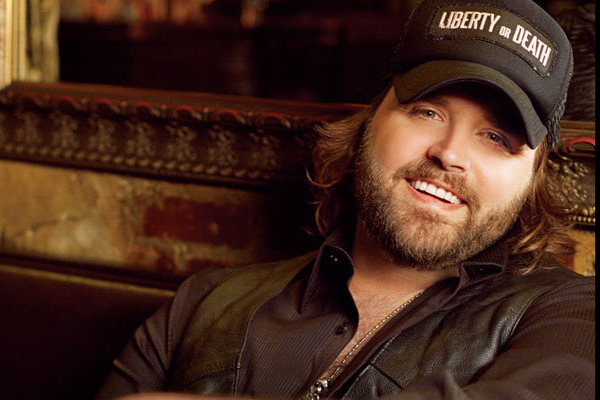 Randy Houser
is a man refreshed. “I don’t know how it happened, but everything in my life has started lining up,” says the Lake, Mississippi native. “I must have done somebody right in the past.”
Those positive vibes of renewal ripple through Houser’s three consecutive No. 1 hits, “How Country Feels,” “Runnin’ Outta Moonlight” and “Goodnight Kiss,” which recently became Houser’s first No. 1 as a songwriter though he has written numerous hits for artists over the years. “How Country Feels” was his first-ever No. 1 at radio, and both it and “Runnin’ Outta Moonlight” earned RIAA Platinum certifications. All three songs are from Houser’s Stoney Creek Records debut, How Country Feels, which was released in early 2013. Upon release, the title track and lead single sparked a wildfire of accolades and media appearances including: CONAN, NBC Nightly News, NBC Weekend Today, CBS’s “On The Couch,” FOX & Friends, Better TV and many more. It also gave Houser his first American Country Award for Most Played Radio Track: Male in 2013.
Houser cut How Country Feels with producer Derek George, a long-time friend and fellow Mississippian he had wanted to work with for over a decade. It’s been called “a buoyant, hook-filled outing” (Washington Post) that’s infused with “a balance of revelry and introspection” (Milwaukee Journal-Sentinel) and shows off Randy’s powerhouse voice, hailed “one of the best in Nashville” by Great American Country (GAC) and numerous other critics.
Houser’s past contains no shortage of achievement, as it includes multiple nominations for ACM and CMA Awards, a No. 2 single in the form of “Boots On,” and songwriting credits for major names such as Trace Adkins, Justin Moore and Chris Young. In 2008—mere months after the release of his debut single, “Anything Goes”—Houser was even asked by David Letterman himself to appear on The Late Show. The singer’s first full-length album, Anything Goes, came out later that year, followed in 2010 by They Call Me Cadillac which spawned hit “Whistlin’ Dixie,” and fan-favorite “A Man Like Me.”
But despite this early success, Houser now admits that he wasn’t truly happy. “It seemed like professionally things weren’t as great as they could be, and that was part of it,” he says. “But the biggest thing was not having a home base.” Shortly after, Houser signed with new label home Stoney Creek Records based in Nashville, Tenn.
“Everybody there feels like part of my family,” Houser says of the independent imprint, where he happily signed following a long stretch of intensive touring. (How intensive? Think 150 shows a year.) “You walk in the door and everybody seems really happy with their job; there’s no strife in the air. That’s really important for me to have right now. It’s comforting.”
New tracks on How Country Feels echo the title single’s sunny self-assurance, including “We’re Just Growing Younger” and “Along for the Ride,” which Houser co-wrote with Zac Brown. “We were playing a festival and I just had this song rolling around in my head,” Houser remembers of the latter. “I stayed up till about 5 in the morning but then got stuck. So I called up Zac and we went on his bus and knocked it out of the park.”
There is contemplation, too: “Like a Cowboy,” which is Houser’s latest single, is about “me coming home for a few days, then having to leave again,” Houser says. “Route 3 Box 250D” provides an intimate snapshot of the singer’s upbringing. “That one’s kind of hard to listen to,” he admits. “It hits almost too close to home.” Billboard calls the song “stunning,” and The New York Times writes, “His voice here is almost wholly different, thicker and more throbbing, a caldron bubbling over. For a few minutes he’s the singer Nashville won’t let him be.”
As for the sound of How Country Feels, Houser says it’s his most expansive outing yet, with more bells and whistles than he’s used in the past; it also showcases the remarkable voice that led Vince Gill to call Houser “one of the best in the new crop of country singer-songwriters” and pal Jamey Johnson to say, “I watched a blind man jump to his feet and drop his crutches the first time he heard Randy Houser sing.”
And since the release of How Country Feels, critics have echoed those claims in reviews, with MSN writing “Houser is hands down one of the best male vocalists in Nashville,” and quoting Dierks Bentley as saying, “It’s kind of ridiculous how good of a singer he is.”
Still, the heart of the album—of Houser’s entire outlook right now—remains the story of a man who’s moved through darkness into light. “I feel like I’ve reached such a special moment,” he says, and it’s a true pleasure to hear him inside it.