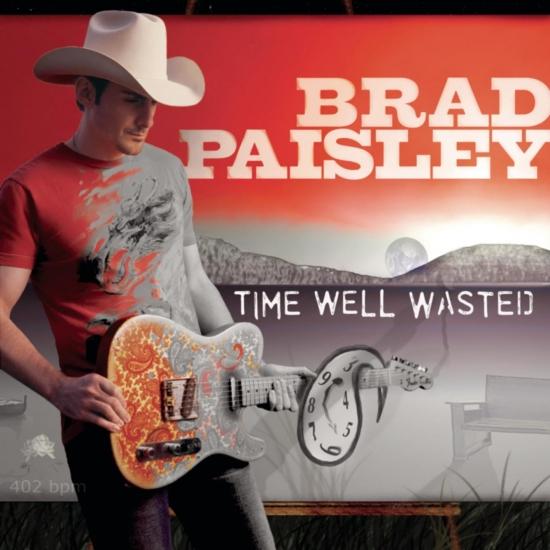 Time Well Wasted reunites Brad with producer Frank Rogers for a 16-track collection sporting 10 selections from Paisley's pen, including first single, 'Alcohol', the fastest-rising chart single of his career. Look for multiple guest stars, including Dolly Parton (featured on 'When I Get Where I'm Going') and Paisley labelmate Alan Jackson, who duets on the Guy Clark/Darrell Scott gem, 'Out in the Parkin' Lot'.
Brad Paisley's music is an interesting amalgam of country sub-genres, a paradigm all its own. He melds straightforward, pop-friendly New Country with clever, somewhat Lyle Lovett-like songwriting and the occasional flutter of Joe Maphis/Jimmy Bryant-style guitar virtuosity. Surprisingly or not, this country combo platter made Paisley a star, and „Time Well Wasted“ continues in the aforementioned vein. While there are some fairly mainstream moments here that wouldn't ruffle the feathers of, say, the average Kenny Chesney fan, „Time Well Wasted“ boasts plenty of smart, sassy tunes brimming with lyrical witticisms worthy of Tom T. Hall or Shel Silverstein. 'Alcohol,' for example, is a first-person narrative from the beverage's point of view, and in retrospect it's shocking that it took this long to get written. Guest shots from both Dolly Parton and Alan Jackson show that Paisley's work has earned respect from disparate corners of the country scene, a respect that's amply justified by „Time Well Wasted“.
„Brad Paisley perfectly encapsulates the dichotomy of modern Nashville. Here's a man who's a consummate, clean cut professional - playing guitar since the age of 6 and playing major dates since he was 12 - and yet working within a genre that concerns itself with tales of drunkenness, divorce and disrepute.
Despite Mindy McCready's recent attempts to single-handedly resurrect the spirits of Hank and Patsy, long gone are the days when country stars were living embodiments of their songs; make no mistake, Music City is as corporate and slick as LA. So how does Brad get around this contradiction and keep flying the traditionalist flag? Easy; with well-crafted songs chock-full of his patent brand of humour and playing that simply beggars belief.
By now, if you're remotely familiar with Paisley, you'll know that he can strip paint with his Telecaster wrangling. Again he takes James Burton's Bakersfield template and makes it go stratospheric. And his band are no slouches either. Instrumental 'Time Warp' is a textbook demonstration of how these boys can handle anything from jazz to bluegrass without drawing breath.
But this isn't just an exercise in empty flash. Paisley's solos never overstay their welcome and as with all great Nashville artists, the song remains king. Sure, Brad's writing comes with the requisite dollop of country cheese (cf. 'When I Get Where I'm Going' with the ubiqituous Dolly Parton), but it's always leavened with a smile.
Unlike his last album, Mud On The Tires,the jokes are reined in a little which allows the laughs to come easier on tracks like 'Alcohol', 'Out In the Parking Lot' (with Alan Jackson - another polished new traditionalist) and 'You Need A Man Around Here'. But he can do serious well too, especially on the lovely tearjerker 'Rainin' You'. It's not a perfect mix (let's gloss over the dumb 'bonus' track with William Shatner) but as far as the cream of mainstream country goes, this is as good as it gets.“ (Chris Jones, BBC Review)
Brad Paisley, vocals, background vocals, guitars, mandolin
Jim 'Moose' Brown, piano, keyboards, Hammond organ, background vocals
Randel Currie, steel guitar
Eric Darken, percussion, vibraphone
Jerry Douglas, Dobro
Stuart Duncan, fiddle, mandolin
Kevin Grantt, bass, tic tac bass, upright bass, background vocals
Bernie Herms, piano
Gary Hooker, rhythm guitar, 12-string electric guitar, background vocals
Michael 'Mike Dee' Johnson, Dobro, steel guitar
Kenny Lewis, bass, background vocals
Kendal Marcy, banjo, background vocals
Ben Sesar, drums
Bryan Sutton, mandolin
Bobby Terry, bass guitar
Justin Williamson, fiddle
Wes Hightower, background vocals
Scott Hamilton, background vocals
Produced by Frank Rogers, Chris Dubois 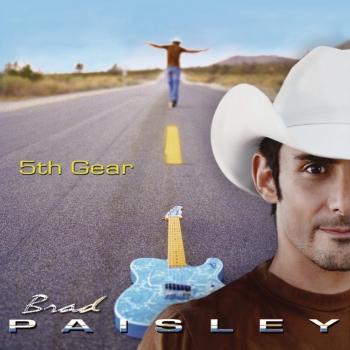 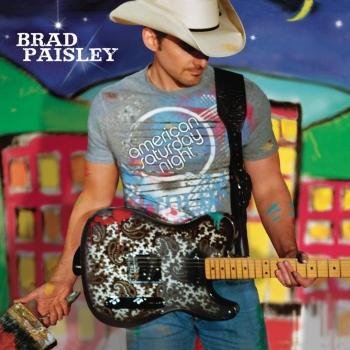 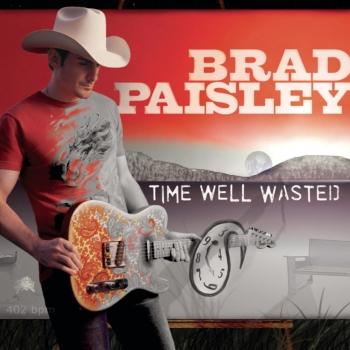 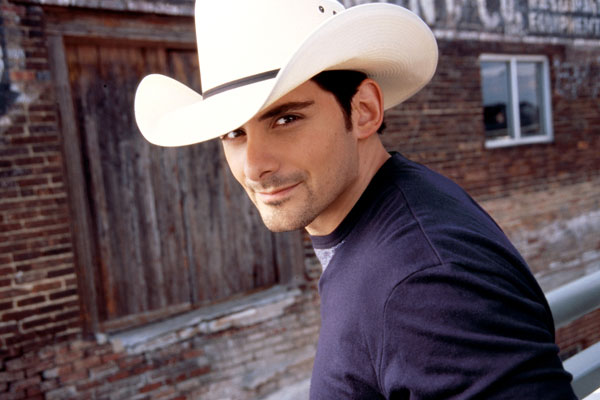 Brad Paisley
Contemporary country singer/songwriter Brad Paisley was born October 28, 1972, in Glen Dale, West Virginia. He started playing guitar at the age of eight and Brad delivered his first public performance at church two years later.
With his guitar teacher Clarence "Hank" Goddard the teenaged Paisley formed his first band, the C-Notes, and at age 12 began writing his own material. After performing in front of the local Rotary Club, he was invited to appear on Wheeling station WWVA's famed Saturday night broadcast Jamboree USA . Paisley 's debut was so well received that he was invited to join the program full-time, and in the years to follow he opened for the likes of the Judds, Roy Clark, and Little Jimmy Dickens.
Signing to Arista, he issued his debut solo album, Who Needs Pictures, in 1999. The record produced two chart-topping singles in "He Didn't Have to Be," an ode to loving stepfathers, and "We Danced" and also earned generally positive reviews for its diversity of country styles. In the meantime, Paisley recorded a duet with Chely Wright, "Hard to Be a Husband, Hard to Be a Wife," for the Backstage at the Grand Ole Opry compilation; the two later collaborated on several songs for Wright's Never Love You Enough album.
The sequel to Paisley's debut, Part II, was released in 2001 and promptly returned him to the Top Five with "Two People Fell in Love." "I'm Gonna Miss Her (The Fishin' Song)" gave Paisley his third chart-topper, and "Wrapped Around" fell one spot short of becoming his fourth. "I Wish You'd Stay" became the fourth Top Ten hit from the record in early 2003. At the beginning of August 2005, Paisley put together a short "director's commentary" preview of his next album for his fan base to download. The full album, Time Well Wasted, appeared two weeks later and narrowly missed the top of the album charts, though it did hit number one on the country charts.
During his career Paisley’s four Arista Nashville albums have all been certified Platinum or Double Platinum, with total sales well in excess of six million copies, while his two most recent discs—Mud on the Tires and Time Well Wasted—debuted at No. 1 on Billboard’s Top Country Albums chart. Time Well Wasted also ended its first week at No. 2 on the pop sales chart with 192,000 copies sold, while Mud on the Tires likewise launched in the pop Top 10.
From the computer-animated cartoons he creates and presents during his shows to the amusing way he leads his crack band through their breakneck instrumentals, Paisley broadens the idea of how country music can be presented and how music can hold an audience’s attention in a multi-media age.
“When I sit down with a guitar to write a song, or when going into a recording studio, the focus is really on one thing: ‘How will this song work on stage night after night?’ I think about that every time I write something and every time I record a song,” Paisley says.