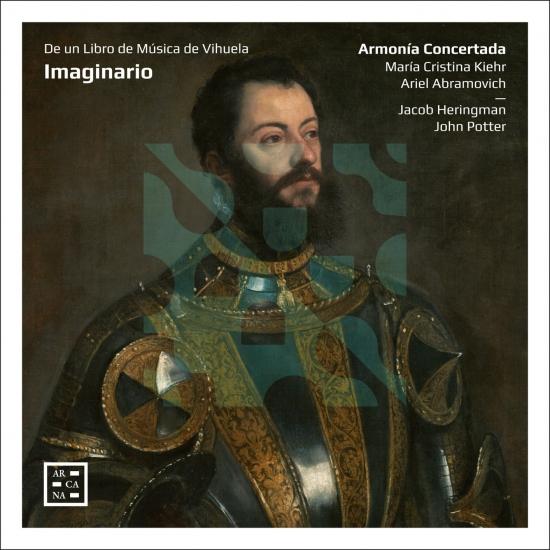 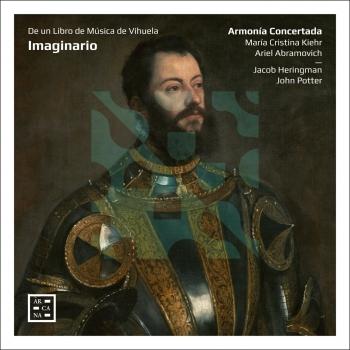 Maria Cristina Kiehr
The Argentian soprano, Maria Cristina Kiehr, born to Danish descendents, received her early musical training in Argentina. She studied the violin as a child, in the city of Tandil in Argentina, but at the age of 17, she discovered her soft, amazing soprano and her love of Baroque music. The discovery led to a fast change: After only a year of singing lessons, in 1983, she went to Europe, to the leading institute in the revolution seeking authenticity in the performance of Early Music: the Schola Cantorum Basiliensis, and studied under René Jacobs. Later she said: “he is the musician who has had the most influence on me”. At the same time she took courses in vocal technique with Eva Krasnai.
Maria Cristina Kiehr is an all-European artist, and Switzerland is still her home. Kiehr is married to a cellist, Orlando Theuler. From Basel, she travels to performances in many countries, with the best conductors in the field. She is incontestably one of today’s leading vocal artists in the field of Baroque music and has appeared throughout the world in concerts and recordings with celebrated conductors, like René Jacobs, Jordi Savall, Nikolaus Harnoncourt, Philippe Herreweghe, Frans Brüggen, Gustav Leonhardt, Konrad Junghänel, and with orchestras and ensembles specializing in the Baroque music field, as Concerto Vocale Leipzig, La Fenice, Cantus Cölln, Ensemble Vocal Européen, Hespèrion XX, Elyma, Nederlands Kamerkoor, Concerto Köln, Ensemble 415, etc.
Maria Cristina Kiehr is particularly interested in early Baroque music. She is co-founder of the ensembles “La Colombina”, “Daedalus” and “Concerto Soave”. From the start of her career, she was attracted by integration as a singer alongside other singers and musicians, within the polyphonic texture. Later she moved to a somewhat different phase, and is turning more to the solo route.
In 1988 Maria Cristina Kiehr made her opera début in Innsbruck in Cavalli’s Giasone under René Jacobs. She has also sung in L’Incoronazione di Poppea, Orontea, and Dido and Aeneas (Purcell) under René Jacobs, Dafne (Gagliano), L’Orfeo (Monteverdi) and Il ritorno d’Ulisse in patria (Monteverdi) under Gabriel Garrido, as well as the title role in Dorillo in Tempe (Antonio Vivaldi) under Gilbert Bezzina and Il schiavo di sua moglie (Provenzale) under Toni Florio. Her operatic repertoire encompasses also works by Georg Philipp Telemann (Orpheus), Blow (Venus y Adonis), Glück (Orphée et Euridice), Cesti (L’Orontea), Haydn (Orlando Palladino); she has also recorded most of these works.
Maria Cristina Kiehr sang the part of Mary Magdalen in Antonio Caldara’s oratorio Maddalena ai piedi di Cristo and took part in the new recording of Monteverdi’s Vespro della Beata Vergine, both under René Jacobs, and both of which were greeted with universal acclaim.
One example of this new career path is a wonderful CD containing motets by Monteverdi, “Pianto della Madonna.” Another example is her new CD, with the same musicians, devoted to Sicilian composer Sigismondo D’India, also from the early Baroque period
John Potter
Potter's multifarious musical collaborators include lutenists Ariel Abramovich and Jacob Heringman, the Dowland Project with John Surman and Milos Valent, the composer Ambrose Field and the Conductus Ensemble with fellow tenors Christopher O'Gorman and Rogers Covey-Crump. A writer and scholar as well as a singer, he has published four books on singing and is a former British Library Edison Fellow. He is Reader Emeritus in Music at the University of York, having left the university in 2010 to focus on his portfolio of freelance projects. His non-performing activities have included publishing articles and research papers, examining doctoral theses in Europe and the UK and coaching ensembles in Europe and the USA.
John's eclectic performing experience has ranged from first performances of works by Berio, Stockhausen, James Dillon, Arvo Pärt, Gavin Bryars and Michael Finnissy to backing vocals for Manfred Mann, Mike Oldfield and The Who (among others). Red Byrd, the group he founded with bass Richard Wistreich, recorded music as diverse as Monteverdi (both straight and with electric guitars), Leonin (3 albums for Hyperion) and John Paul Jones (for Factory Records). He was a major contributor to the Hilliard Ensemble's Officium project (for which he has five gold discs), and subsequently developed many of the ideas in The Dowland Project's four albums for ECM. He also produced the first three ECM albums by the Scandinavian Trio Mediaeval.
Current projects include Alternative History, an ensemble with Anna Maria Friman, Ariel Abramovich and Jacob Heringman rooted in the 17th century performance of renaissance polyphony (as on the ECM Secret History album) but including new music for voices & lutes by Sting, Genesis keyboardist Tony Banks, Led Zeppelin bassist John Paul Jones, and early twentieth century composers (as featured on the ECM recording Amores Pasados). The Conductus ensemble has released three CDs on Hyperion and is exploring new 14th century repertoires, and John's programmes with lutenists Ariel Abramovich and Jacob Heringman focus on the farther shores of the renaissance and the jazz-like 17th century 'division' repertoire - from Ford to Ferrari.