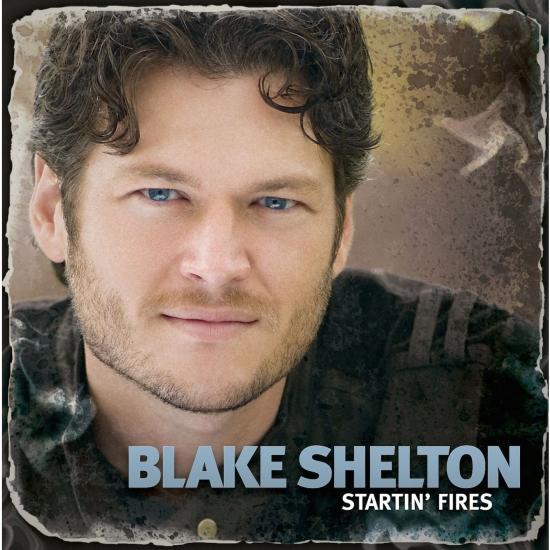 Based on a True Story... (Deluxe Edition)

Blake Shelton
Oklahoma native Blake Shelton moved to Nashville in 1994, two weeks after his high school graduation, to launch a songwriting career that would eventually make him one of the leading males in contemporary country music. Back home, he'd received statewide attention by touring the bar circuit and winning the Denbo Diamond Award, the top award for young Oklahoma entertainers. In Nashville, Shelton was able to maintain that momentum by selling songs to several publishing houses, including Naomi Martin Music, Warner/Chappell Music, and Jerry Crutchfield Music. He also landed a solo contract with Giant Records. Favoring a traditional style of country music that included sentimental ballads as well as blue-collar rock songs, he made a splash in 2001 with the chart-topping single 'Austin,' which spent five weeks at number one. 'All Over Me' and 'Ol' Red' followed in 2002, pushing Shelton's accompanying debut album — the self-titled Blake Shelton, released by Warner Bros. after the dissolution of Giant Records — to gold status.
With Shelton's songs still enjoying airtime on country radio, he returned to the studio to work on a second album. The Dreamer appeared in February 2003, hot on the heels of another number one single titled 'The Baby.' A third album, Blake Shelton's Barn & Grill, was released in 2004, along with an accompanying DVD featuring several of his music videos. Three years later, Shelton scored his fourth consecutive gold album with Pure BS, which featured a guest appearance by girlfriend (and fellow country singer) Miranda Lambert.
Lambert and Shelton attracted more and more media attention as their relationship progressed. Lambert made another appearance on his next album, 2008's Startin' Fires, and sang about their relationship on her own release, Revolution. Shelton eventually proposed in 2010, issuing a pair of well-received EPs — Hillbilly Bone and All About Tonight — that same year. The EPs yielded three number one hits, followed in 2011 by another chart-topper, 'Honey Bee,' which doubled as the lead single from his sixth album, Red River Blue. Shelton married Lambert that spring, several weeks after joining the judging panel of NBC's prime-time singing competition The Voice.
The Voice was a smash hit, elevating Shelton's profile and assisting the sales of Red River Blue. Two seasons of the competition arrived in 2012 and that year, Shelton also released Cheers It's Christmas, a seasonal album containing duets with Reba McEntire, Michael Bublé, Kelly Clarkson, and Lambert, as well as her band Pistol Annies.
Shelton delivered Based on a True Story... — his first full-fledged album recorded since the success of The Voice — in March of 2013, preceded by the single 'Sure Be Cool If You Did' which topped the Billboard country charts.