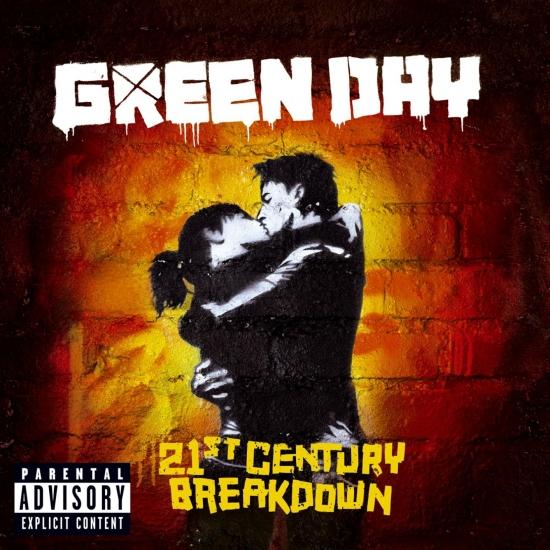 Since Green Day were the Nineties punk brats nobody expected to grow up, everything they do comes as a surprise. What's more bizarre: the fact that they sound so ambitious and audacious on their eighth album, or the fact that they even made an eighth album? Either way, the losercore mutts who crashed the radio in 1994 chanting "I got no motivation," with Billie Joe Armstrong wasted on his mom's couch — they've ended up the last band standing, the ones living up to their era's loftiest ideals and still writing their toughest songs long after they should have landed on Sober House. And they did it with a goddamned rock opera.
American Idiot seemed like their career kamikaze — a concept album about American hopes and dreams, with characters named St. Jimmy and Jesus of Suburbia? Nice try! But it not only rescued Green Day from midlife limbo, it charged their musical batteries. With nearly 6 million copies sold and counting, Idiot became the sort of multiplatinum rock blockbuster that isn't supposed to exist anymore, because Green Day blew up into the sort of band that isn't supposed to exist anymore — raging with heart-on-sleeve passion, willing to risk falling on their faces with a grand statement. Even the songs that didn't work or the plot threads that didn't make sense just increased the fun, because Armstrong, bassist Mike Dirnt and drummer Tré Cool were refusing to go down slow.21st Century Breakdown is even better, so masterful and confident it makes Idiot seem like a warm-up. They're back in rock-opera mode, dividing the album into three parts, "Heroes and Cons," "Charlatans and Saints" and "Horseshoes and Handgrenades." But there are no nine-minute excursions this time — only two of the 18 songs crack the five-minute mark — and Green Day focused their ideas into their sharpest, toughest tunes. Armstrong brings a compassionate edge to his snarl, even when he's spitting out self-lacerating lines like, "My generation is zero/I never made it as a working-class hero."
Like American Idiot, 21st Century Breakdown is a Seventies-style epic, telling the story of two young punk lovers on the run in the wreckage of post-Bush America. The heroes are Christian and Gloria, two kids sold out by the church ("East Jesus Nowhere"), the state ("21 Guns") and every adult they've ever believed in ("We are the desperate in the decline/Raised by the bastards of 1969"). Christian's the impulsive, self-destructive one ("Christian's Inferno"), while Gloria's more idealistic and political ("Last of the American Girls"), but they're forced to take care of each other — because nobody else will.
All over the album, Green Day combine punk thrash with their newfound love of classic-rock grandiosity — one moment they're quoting Bikini Kill, the next they're wailing away like it's the final minute of"Jungleland." The title tune is a multipart opus that pays cheeky tribute to a host of 1970s-heartland radio anthems — Queen's "Bohemian Rhapsody," Sweet's "Fox on the Run," Mott the Hoople's "All the Young Dudes." Armstrong takes a tour around the country, from his hard-luck childhood ("Born into Nixon, I was raised in hell/A welfare child where the teamsters dwelled") to the modern age ("Video games to the towers' fall/Homeland Security could kill us all"). He ends with nothing to show for it except his anger — and the heart to turn that anger into actual songs.
The ballads are their glossiest ever; "Last Night on Earth" could be Air Supply, and don't think for a minute they don't love the idea of pissing people off with that. But the highlights are the rage-fueled punk anthems. They barrel through Latin-flavored guitar raves ("Peacemaker"), Clash-size bootboy chants ("Know Your Enemy") and four-chord garage slop ("Horseshoes and Handgrenades"). "Last of the American Girls" comes on as a fabulous left-wing love song to a rebel girl — when Armstrong sings, "She won't cooperate," he's giving her the highest compliment he can imagine.
Green Day set their sights on religion this time, with "East Jesus Nowhere" as their anthemic attack on Christian hypocrisy. But mostly they're singing about America waking up from an eight-year nightmare. In the lofty ballad "21 Guns," they even seem to have a kind word or two for disillusioned Bush supporters ("Your faith walks on broken glass/And the hangover doesn't pass").
Part of the thrill on 21st Century Breakdown is that the Green Day guys don't need to be pushing themselves this hard. It's not like there's anyone left for them to compete with. (What, Sponge are gonna do a three-disc adaptation of Moby Dick? Probz not!) Yet the extra strain is audible in the music, and every song adds to the overall vibe of grown men trying way too hard to communicate, challenging themselves along with their audience. They revitalize the whole idea of big-deal rock stars with something to say about the real world. They're keeping promises they never even made, promises left behind by all the high-minded Nineties bands that fell apart along the way. If it's a continual surprise that Green Day are the ones to pick up the torch and run with it, that's part of what makes 21st Century Breakdown so fresh and vital — Green Day sound like they're as shocked as anyone else. (Rob Shefield, Rolling Stone)
"Bold, ambitious and revelling in the chaos of our age, 21ST CENTURY BREAKDOWN is another perfect document of our times." (Q Magazine)
Billie Joe Armstrong, vocals, guitar, piano
Mike Dirnt, bass, vocals
Tre Cool, drums, percussion
Additional personnel:
Jason Freese, piano