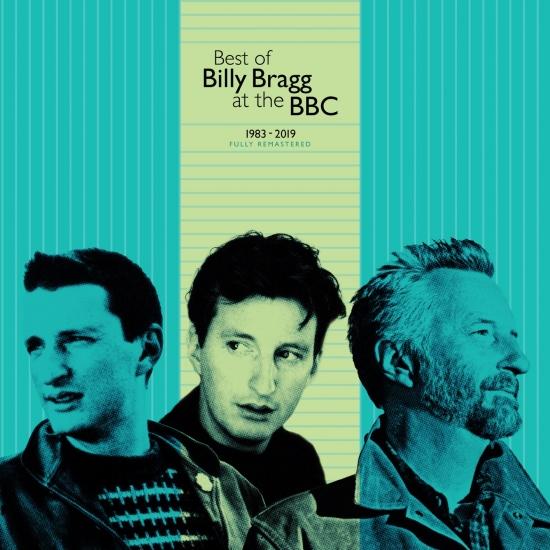 Billy Bragg will release Best Of Billy Bragg At The BBC 1983 – 2019, a compilation of classic performances at the BBC from the early 80s through to the present. The album, fully remastered and featuring many previously unreleased tracks, includes selected highlights from sessions for John Peel, David Jensen, Janice Long, Phill Jupitus, Bob Harris, Tom Robinson & more, and offers a fascinating chronological perspective on the development of one of the UK’s most beloved entertainers. The collection draws from all corners of Billy’s catalogue and features, among many gems, his signature song “A New England” (later covered to huge acclaim by Kirsty MacColl), “Levi Stubbs’ Tears,” and his workers’ anthem “There Is Power In A Union,” with a couple of atypical covers thrown in, namely John Cale’s “Fear Is A Man’s Best Friend” and “A13,” his personal psycho-geography take on “Route 66.” All of these and more paint a picture of a British national treasure plying his trade at a British institution and making the world a better place in the process.
Says Billy: “Work in progress. That’s how John Peel thought of his evening sessions, offering artists the opportunity to try out new songs in a studio environment. That’s how I looked at them too. The confirmation of a Peel session date was a signal to get my ideas together, to define material that had hitherto been little more than words scribbled on a page or a tune thrashed out during a sound check. That’s why some of the tracks here have a different phrasing and arrangement to that which appeared on record. The songs were so new, you can hear I’m still feeling my way into them. Several were conceived and written the night before the session. In one case, I actually composed a song from scratch while the show was on air.
That rawness was always a key component of my BBC sessions, the thrill of putting something out there for the very first time. And here I’ve collected all the best moments across 36 years of my ongoing work in progress.”
Billy Bragg has been making waves for over 35 years. Among the former Saturday boy’s albums are his punk-charged debut Life’s a Riot With Spy Vs Spy, the more love-infused Workers Playtime, pop classic Don’t Try This At Home, the Queen’s Golden Jubilee-timed treatise on national identity England, Half-English, and his stripped-down tenth, Tooth & Nail, his most successful since the early 90s. The intervening three decades have been marked by a number one hit single, having a street named after him, being the subject of a South Bank Show, appearing onstage at Wembley Stadium, curating Left Field at Glastonbury, sharing spotted dick with a Cabinet minister in the House of Commons cafeteria, being mentioned in Bob Dylan’s memoir and meeting the Queen. At their best, Billy’s songs present ‘the perfect Venn diagram between the political and the personal’ (the Guardian). Bragg has recently added best-selling author/musicologist to his CV with the success of his acclaimed 2017 book Roots, Radicals & Rockers – How Skiffle Changed The World.
Billy Bragg 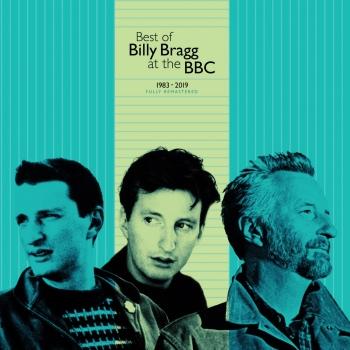 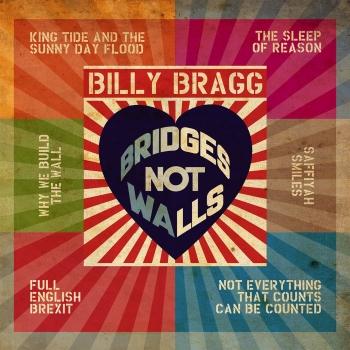