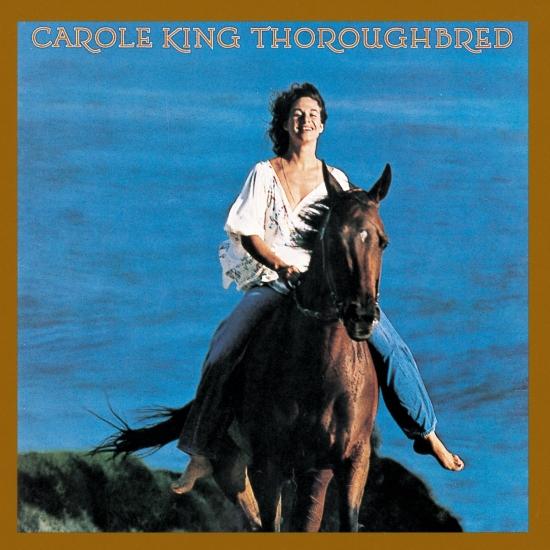 1976's "Thoroughbred" was Carole King's last album for Lou Adler's Ode Records imprint, and it's clearly a transitional release. Change was afoot in the musical air in 1976, and while there's no hints of punk or disco on "Thoroughbred"--which is a good thing--King is definitely moving away from the solo piano sound of her earlier solo albums. King's thumping, percussive piano playing is still all over the album, but guitars play a more prominent role than ever before. At times, the instrumental interplay resembles that of Fleetwood Mac, particularly Waddy Wachtel's Lindsey Buckingham-like solo on "Only Love Is Real." Thoroughbred songs. The songs themselves are in the eclectic style of 1973's all-over-the-map "Fantasy", with the country-tinged "We All Have To Be Alone" and "Ambrosia" sitting comfortably between the slinky pop of "I'd Like To Know You Better" and the soulful "Still Here Thinking of You."
Carole King, piano, vocals, background vocals
Danny "Kootch" Kortchmar, guitar, vocals
James Taylor, guitar, background vocals
Waddy Wachtel, guitar
Tom Scott, saxophone
Russ Kunkel, drums
Leland Sklar, bass
Ralph MacDonald, percussion
David Crosby, background vocals
Graham Nash, background vocals
J.D. Souther, background vocals
Produced by Lou Adler
Digitally remastered 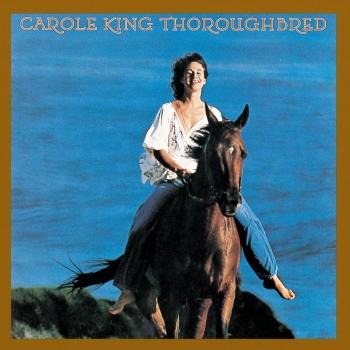 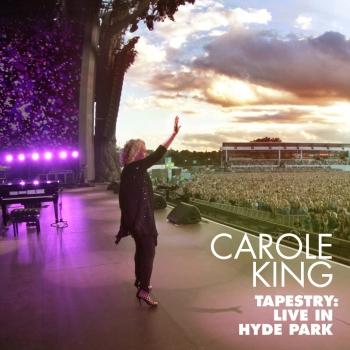 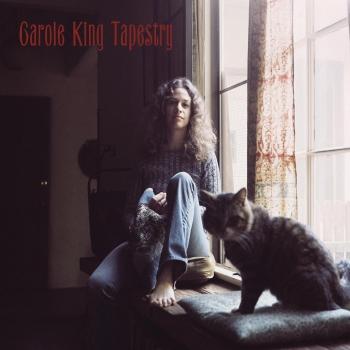 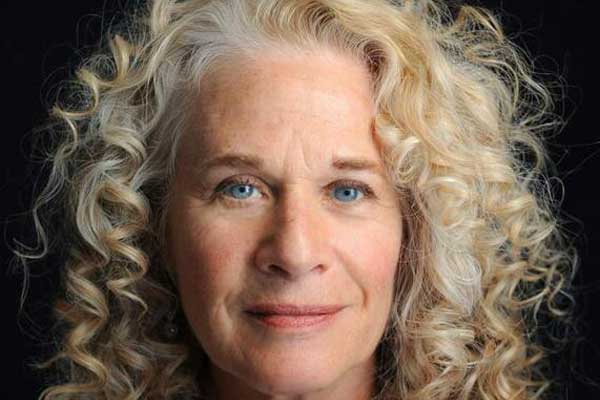 Carole King
Pop music as we know it would be far different without the many lasting contributions of Carole King, who is more than a half century into her singular career as a songwriter, performer, and author. Indeed, this universally renowned and beloved figure has rarely been more active than during the last five years.
Carole King and James TaylorKing’s late-career whirlwind began in November 2007, when she and longtime friend and sometime musical partner James Taylor returned to the Troubadour—the famed West Hollywood venue that had nurtured them as gifted young artists and soon-to-be critical and commercial sensations—for a three-night, six-show run to celebrate the venue’s 50th anniversary. Those historic performances were documented in the Grammy-nominated, RIAA gold-certified Live at the Troubadour (Hear Music/Concord Music Group), featuring 15 songs and 75 minutes of video and audio, including intimate renditions of the pair’s most beloved hits. The CD+DVD was released in May 2010.
This memorable event was the inspiration for the pair’s 60-concert “Troubadour Reunion” world tour of 2010, which included three sold-out concerts at the Hollywood Bowl and another trio of sellouts at Madison Square Garden. During the tour, The Philadelphia Inquirer marveled that “King and Taylor managed to present an arena-size show that retained their music’s innate craftsmanship, intimacy, and soul while adding vigor, muscle, and showmanship.”
The Troubadour shows also inspired the Morgan Neville-directed feature-length documentary Troubadours: Carole King / James Taylor & The Rise of the Singer-Songwriter, which made its TV premiere in March 2011 on PBS’ American Masters, shortly after being released on DVD by Hear Music/Concord Music Group. “When we sprang out of the box,” King notes early in the film, “there was just all this generational turbulence, cultural turbulence, and there was a hunger for the intimacy, the personal thing that we did.”
King’s first-ever holiday album, A Holiday Carole, followed in November 2011. Produced by her daughter Louise Goffin, the album’s 12 songs artfully blended the sacred and the secular with an eclectic mix of standards and newly-written material, and found King ringing in the season everywhere from The Today Show and Late Night With Jimmy Fallon to the Christmas at Rockefeller Center tree lighting.
The crowning glory of King’s last half decade was the April 2012 release of her memoir, A Natural Woman—which prompted Vanity Fair to say, “America is having a Carole King moment.” USA Today described the book as “candid [and] endearingly chatty… [with] more humor and joy than pathos,” while the U.K.’s Independent hailed it as “intelligent, honest, self-effacing, well-written.” In the pages of A Natural Woman, which King wrote completely on her own, she shares her incredible story from her beginnings in Brooklyn to her groundbreaking achievements as a songwriter, as well as her first major performances with Taylor and her long years of environmental and political activism. On publication, King’s memoir instantly cracked the top 10 of The New York Times best-sellers list.
As a companion to Carole’s life story, The Legendary Demos was released by Hear Music/Concord Records. A previously unreleased collection of 13 recordings featuring some of her most celebrated songs, including “(You Make Me Feel Like) A Natural Woman,” “It’s Too Late,” and “You’ve Got a Friend,” the albumtraces King’s journey from her days as a staff writer at Don Kirschner’s Aldon Music in the early ’60s—where she crafted hit after hit for other artists—to the dawn of her own triumphant solo career in the 1970s. Visit: http://www.caroleking.com