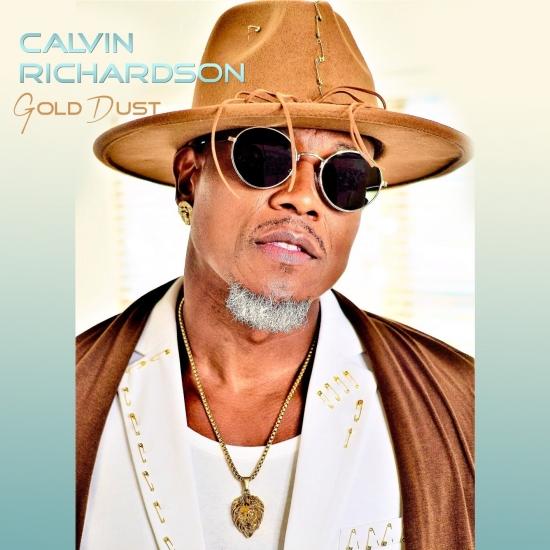 Calvin Richardson has - for the past 20 years - been one the best male vocalists to emerge out of the neo-soul movement, beginning with his breakthrough hit "Keep On Pushing." He wrote Charlie's Wilson's hit "There Goes My Baby," recorded duets with Angie Stone, guested on Raphael Saadiq's "Excuse Me" and has regularly hit the Urban AC charts.
Gold Dust delivers the "straight-from-the-heart" real soul music with a contemporary ?air that has won Calvin a loyal and passionate fan-base. Includes the hit single "Let Me Love On You".
“Passionate, real, thoughtful … " (POPMATTERS)
"One of the most reliable keepers of the soul music flame!" (USA TODAY)
"Gold Dust has a couple of mid-tempos to speak of: The percolating "Let Me Love On You" and the straight-up two-stepper, "Still In Love." "Beautiful Woman" is a word of caution to other men out there who fail to know a good lady when they see one or even worse, have her already: "They same thing that make you laugh, be the same thing that make you cry/so if you have a good woman you better let her know, or she's gonna say goodbye." And if his back-home ways and roots aren't apparent enough for you, "Macaroni & Cheese" proposes that he take her home to his folks and stomping grounds to finally become official and paired-up like "cornbread, collard greens, candied yams and black eyed peas."
Fall is in the air and nothing wards off the chill like being with the ones you love: Calvin Richardson's Gold Dust has enough polish to sparkle and enough substance to stick. True soul lovers won't be quick to brush off what this brother leaves behind. Highly Recommended." (Melody Charles, soul tracks.com)
Calvin Richardson, vocals 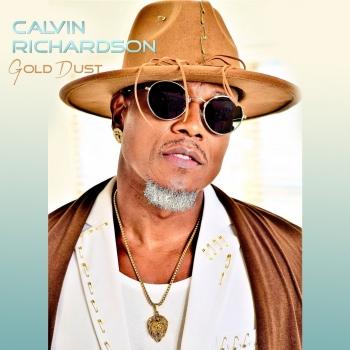 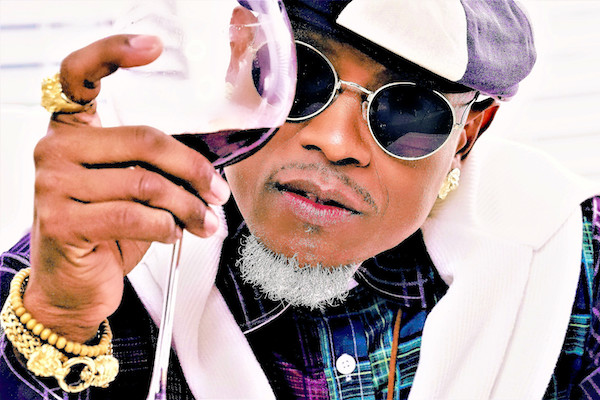 Calvin Richardson
You know when the iconic Soul man Charlie Wilson calls you “one of the most talented artists in the business” that you are truly special. Affectionately dubbed “The Soul Prince,” Multi-Grammy Award nominated singer/songwriter Calvin Richardson has been delighting fans with his straight-shooting no holds barred southern Soul and driving women mad for close to two decades. USA Today declares Richardson is “influenced by vintage R&B and his gritty vocals set him apart from his smoother contemporaries…fresh vibes from a singer who respects and values his roots.” Shanachie Entertainment has plans to release Richardson’s highly anticipated All Or Nothing September 29, 2017. Until then, the album’s lead single “Treat Her Right” will have to do! Calvin says of the single "’Treat Her Right’ is the secret ingredient to any relationship! It is what every woman wants and needs from their mate."
All Or Nothing is at heart a classic soul album featuring all originals. Calvin Richardson has written songs for many artists including Charlie Wilson, Angie Stone, Joe and Raphael Saadiq. Willie Clayton, who as an artist himself had a run of Southern R&B hits in the 2000’s, produced All Or Nothing. "This album touches on everything - soul, R&B and pop,” shares Calvin. “It has something for everyone - love, laughter, sex, dance and romance. Best one yet!"
Calvin Richardson came by his soulful style honestly. Born in Monroe, North Carolina, the fifth of nine children, Calvin had a strong musical upbringing. His mother sang in the local gospel group, The Willing Wonders, and he sang with them as a youth but he was able to listen to secular soul music and funk and was particularly inspired by Bobby Womack, Sam Cooke, Otis Redding and Donny Hathaway. Singing on the gospel circuit, he met and became friends with Cedric “K-Ci” Hailey and Joel “Jo Jo”Hailey, who went on to form the hit-making group Jodeci in the early Nineties. Calvin was inspired by their success to form the urban contemporary vocal group Undacova, whose song “Love Slave” was included in the New Jersey Drive soundtrack in 1995. When Undacova folded, Calvin launched a solo career that resulted in his debut solo album Country Boy on Uptown/Universal Records in 1999. The album included a great cover of Bobby Womack’s “I Wish He Didn’t Trust Me So Much.” While Calvin was working on this follow-up, Angie Stone heard a demo of his song “More Than A Woman” and invited him to duet with her on a version of the song for her album Mahogany Soul. In 2003, Calvin’s album 2:35PM, named after the time one of his children was born, was released by Hollywood Records. 2008 saw the release of Calvin’s Shanachie Entertainment/Numo Records album When Love Comes, with its single “Sang No More” hitting the Urban AC charts. 2009 brought success via Charlie Wilson’s hit rendition of Calvin’s co-write with Babyface, “There Goes My Baby.” The same year Richardson paid homage to one of his greatest influences with Facts Of Life, his powerful live-in-the-studio tribute to Bobby Womack that garnered two Grammy nominations, one of which was for his duet with Sounds Of Blackness powerhouse Ann Nesby. 2010 saw the release of America’s Most Wanted and I Am Calvin followed in 2014. With the release of All Or Nothing it is clear that pure soul music is alive and well and the Soul Prince is carrying it forward to where it needs to be.