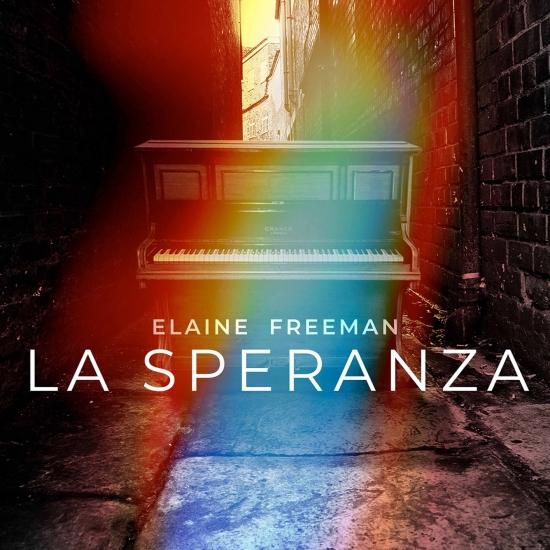 Composer and songwriter Elaine Freeman and Big Round Records present LA SPERANZA, a careful selection of piano music, composed by ear, memory and touch without sheet music. Not quite classical, not quite pop, these pieces have the ability to appeal to both the casual listener and fans of musical minimalism.
Structured around a central motive or rhythm, most of the works on LA SPERANZA seem to have an inner clock, an inner mechanism. The pieces' playability works in their favor, yet they pack an emotional punch: there's nostalgia, turmoil, grief, a quest for purpose, a struggle for beauty and clarity, all reflective of Freeman's life at various stages, and of the specific periods of their creation.
The Composer claims to love all music regardless of genre, and this eclecticism definitely shows in LA SPERANZA. There's always the levity and catchiness of pop music, but one would be hard-pressed to sort the pieces into a definite category. More than anything, they are a unique expression of their inventor's inner world: generally calm and reflected, occasionally wistful and brooding, sometimes bright and soothing.
Unconventionally, Freeman wrote all of these pieces by ear, and continues to play them as such. This results in a great spontaneity, forming a coherent whole with both the works' internal structure as well as the autobiographical background behind them.
Elaine Freeman, piano 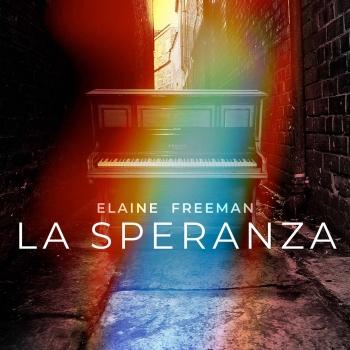 Elaine Freeman
was born in Dublin, Ireland, where very early on her introduction to music was her Nana’s old piano. She started to play it when she was high enough to reach the keys, and hasn’t stopped playing since. Elaine started her formal music education some years after around the age of 11 where she studied piano for a number of years and took her exams at the Royal Irish Academy Of Music, in Dublin. This helped her to make the most of her natural ability and spontaneity; as her music teacher once said, ‘’she listens to her heart, and she pours out what she hears.”
However, all through the training she received, she realized very early on that an acute ability to play and write by ear, and a pure natural approach to her music was to lead her down the path which she would inevitably take in composition.
Having worked in different areas of music throughout the years, including broadcasting, teaching, and music therapy, Elaine recently decided to compose her own works for piano, completely by ear, based on the many experiences she has lived through.
Elaine doesn’t categorize her music by any particular genre or style as she is and always has been interested in all types, styles, sounds and beats. She loves all music, always, and she just sits down and plays.