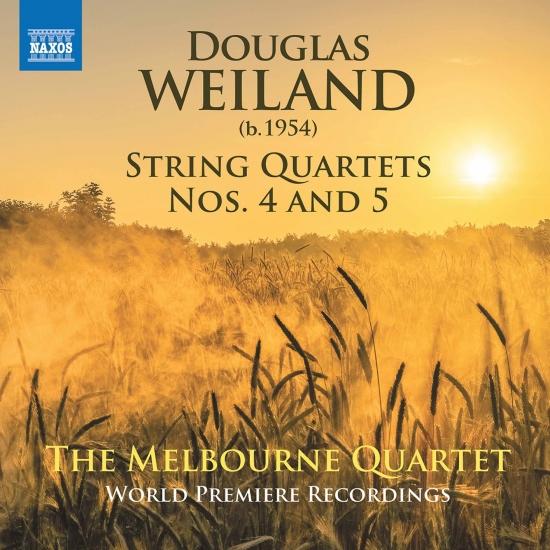 British composer Douglas Weiland has long been acclaimed as one of contemporary music’s most outstanding composers for the string quartet medium, and his evolving cycle has won much admiration. Composed between 2011 and 2012 the Fourth and Fifth Quartets show him at the height of his artistic powers, where he seeks connections across time, and shows a Classical commitment to form, invention and melodic beauty. His conceptions can be Schubertian in scale and scope, while also displaying the influence of Haydn and Bartók.
"Douglas Weiland was 36 before he contemplated a career as a composer, his younger years spent as a violinist and a founder member of the Australian Quartet.
Think of a composer offering works to follow on from the Vaughan Williams era and you will at least know what to expect. Born in England in 1954, he was for many years a member of the London-based orchestra, St. Martin in the Fields, that experience providing him with a background in composing orchestra works, and though his late start has limited his catalogue of works, they are varied over many genre. Part of that includes five string quartets, two of which are included on this disc, both in World Premiere recordings. The Fourth—in five movements—is of an extended length at around thirty-eight minutes, that would normally be the length of an orchestral symphony. Not in texture, but in concept and scale, it has that symphonic feeling, each movement a building block to the whole edifice. They are also very differing ’blocks’, the outgoing opening movement leading to a rather sad Misterioso, while the following scherzo is light-hearted, short and happy. Maybe then adding an Intermezzo, is rather ‘gilding the lily’. So to a finale, an Allegro molto, that looks to be a perfect foil to the first movement. It succeeds, though it ends in a mood of sadness. The following year saw the Fifth, this time in three movements and much shorter. Its style and content in the opening movement is of our time, before, as if making a statement, the remainder of the work looks back. Certainly different, but the result I greatly enjoyed. World Premiere Recordings and dedicated performances coming from the Melbourne Quartet for Australia’s adopted composer. Outstanding sound quality." David’s Review Corner)
The Melbourne Quartet:
William Hennessy, violin I
Markiyan Melnychenko, violin II
Keith Crellin, viola
Michael Dahlenburg, cello 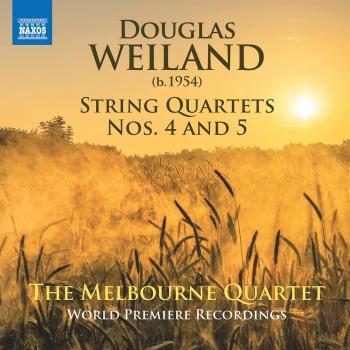