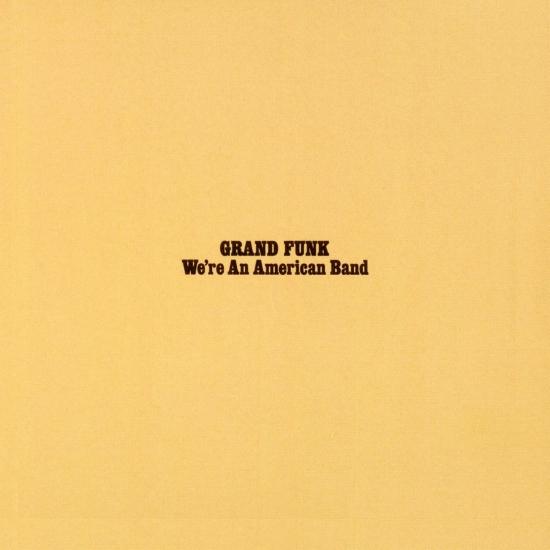 Grand Funk's 1973 release, "We're an American Band", continued the band's winning streak. It's gone on to become one of their most popular albums.
Slightly more pop-based than their previous work, the band plays as if it can do no wrong on this strong set. Produced by Todd Rundgren, the album spawned such gems as the rowdy and autobiographical title track, as well as such other highlights as "The Railroad," "Stop Looking Back," and "Ain't Got Nobody."
"Having made several changes in their business and musical efforts in 1972, Grand Funk Railroad made even more extensive ones in 1973, beginning with their name, which was officially truncated to "Grand Funk." And keyboardist Craig Frost, credited as a sideman on Phoenix, the previous album, was now a full-fledged bandmember, filling out the musical arrangements. The most notable change, however, came with the hiring of Todd Rundgren to produce the band's eighth album. Rundgren, a pop/rock artist in his own right, was also known for his producing abilities, and he gave Grand Funk exactly what they were looking for: We're an American Band sounded nothing like its muddy, plodding predecessors. Sonically, the record was sharp and detailed and the band's playing was far tighter and more accomplished. Most important, someone, whether the band or Rundgren, decided that gruff-voiced drummer Don Brewer should be employed as a lead singer as often as guitarist Mark Farner. Brewer also contributed more as a songwriter, and the results were immediate. The album's title song, an autobiographical account of life on the road written and sung by Brewer, was released in advance of the album and became a gold-selling number one hit, Grand Funk's first really successful single. Despite the band's previous popularity, for many, it must have been the first Grand Funk record they either heard or bought. Elsewhere on the album, Farner contributed his usual wailing vocals and guitar, singing of his heartfelt, if simpleminded, political concerns. But We're an American Band really belonged to Brewer and Rundgren, and its success constituted a redefinition of Grand Funk that came just in time." (William Ruhlmann, AMG)
Mark Farner, vocals, guitar, acoustic guitar, electric piano
Craig Frost, organ, clavinet, electric piano, synthesizer
Mel Schacher, bass
Don Brewer, vocals, drums, percussion
Recorded June 12–15, 1973 at Criteria Studios in Miami, Florida
Produced by Todd Rundgren
Digitally remastered 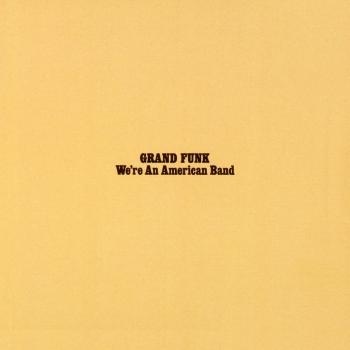