No Ordinary Love - The Music of Sade Bill Kwan 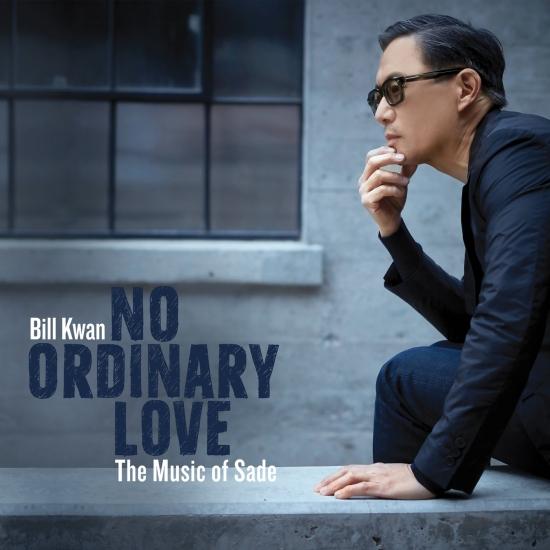 Info zu No Ordinary Love - The Music of Sade

San Francisco vocalist Bill Kwan boldly redefines himself as he delves deeply into the songbook of one of the 20th century’s most popular female singers with No Ordinary Love: The Music of Sade. Working alongside veteran jazz producer Matt Pierson and collaborating with a brilliant cast of players, he brings a confidently sensuous male sensibility to Sade’s material. Kwan is both reverent and resolutely unprecious in reimagining her music.
Kwan’s New York dream team is distinguished by deep connections to both the city’s jazz scene and innovative singer/songwriters, starting with pianist/keyboardist Kevin Hays, a veteran improviser who also composes his own songs. Sex Mob and Bill Frisell bassist Tony Scherr and the brilliant Japanese-born drummer/percussionist Keita Ogawa round out the ace rhythm section. Paris-raised Django Festival All-Stars accordion master Ludovic Beier and Russia-reared trumpeter Alex Sipiagin contribute memorable solos.
Kwan finds a way to get inside Sade’s music, navigating treacherous emotional terrain while flipping the gender dynamic in familiar narratives. “It’s very different tackling these songs from a male perspective and I could only sing pieces where I could identify with the lyrics,” Kwan says. We maintained the fragile quality of Sade’s music even though the feel is very different.”
Bill Kwan, vocals
Ludovic Beier, bandoneon
Kevin Hays, piano
Tony Scherr, acoustic bass
Keita Ogawa, drums, percussion
Antoine Silverman, violin
Entcho Todorov, violin
Adda Kridler, viola
Jody Redhage, cello 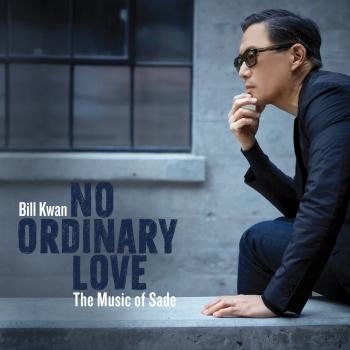 No Ordinary Love - The Music of Sade 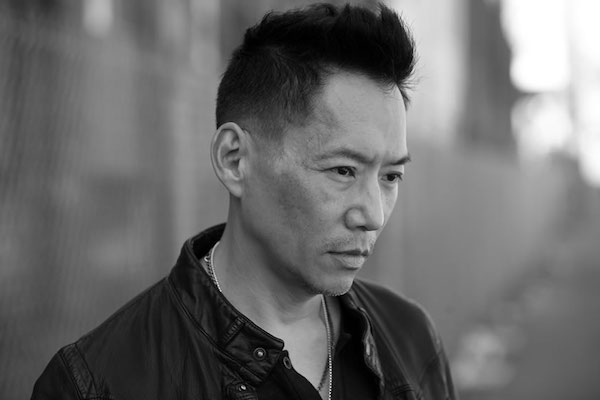 Bill Kwan
Great songs transcend space, time, and sometimes even genre. Much of what makes a song so special, so timeless is its ability to be something entirely different and uniquely adored by every person who hears it. Every so often, one of these songs is interpreted by a fellow musician, resulting in an entirely new piece of art. Multiply this concept by twelve, and you end up with Poison & Wine, Bill Kwan’s sweeping and melancholic collection of modern songwriting gems.
A longtime fan of all the songwriters on the album, Bill was drawn to the sweet sadness that is the common thread running throughout each song he recorded. Bon Iver’s moody “Blindsided” immediately “haunted me, and I listened to the song a lot to finally realize that it is about a significant relationship in which cheating is going on,” he explains, “I was drawn to the grace and sparseness.” Kwan’s producer Matt Pierson (Miles Davis, kd lang, Brad Mehldau) suggested they multitrack his vocal, changing the sonic nature of the song while holding tightly to the emotional tone.
Blur’s heartbreaking “No Distance Left to Run” addresses the “dire acceptance and resignation” that is inevitable when relationship is coming to an end. Kwan experimented with his vocals again, doubling an octave apart. Adding a slide guitar transforms to song into part rock, part blues, and all very contemporary.
Always an avid Beck fan, Bill praises his work as “forever interesting and innovative” and insisted on paying homage to him on Poison & Wine. The somber mood and message of Beck’s “Missing” was carried on a bossa nova wave originally, so Kwan decided to tinker with timing and make it 7/8 for a portion of the track. Kwan acknowledges that “recording the rap section was brand new for me. We used a CB radio mic, and the whole process was very fun.” He is self-loathing in Ryan Adams’ “Come Pick Me Up,” strips down Coldplay’s “The Scientist” and adds in a slide guitar that gives the song a lonesome cowboy twang, impossibly replaces guitar licks with a haunting Japanese shakuhachi flute in Gillian Welch’s “Revelator,” brings Everything But The Girl’s “Rollercoaster” to a new level of isolation and vulnerability and takes on Bjork’s “Stonemilker,” Aimee Mann’s “Invisible Ink” and the Civil Wars’ “Poison & Wine” fearlessly. By the time the album heads into the home stretch, Bill finds himself making his way through those stages of grief and simmers with a quiet rage on Calvin Harris and Florence Welch’s “Sweet Nothing.”
Although driven by heartache, Kwan took an interpretive approach to each song on Poison & Wine much like a studied jazz singer would to a jazz classic. So it should come as little surprise that Bill has a lauded background in jazz, with an ardent fan base that – like Bill himself – embraces great songwriting no matter what the format.
“It’s the song; the lyrics and the melody that make us stop in our tracks,” he explains. “Whether it’s jazz or rock or in the songwriter genre, it all comes down to the strength of the music. And these songs on Poison & Wine move me and make me feel down to the deepest part of my core. Singing them changes me, empowers me. They’re like old friends that I’m sharing stories with.”

Booklet für No Ordinary Love - The Music of Sade