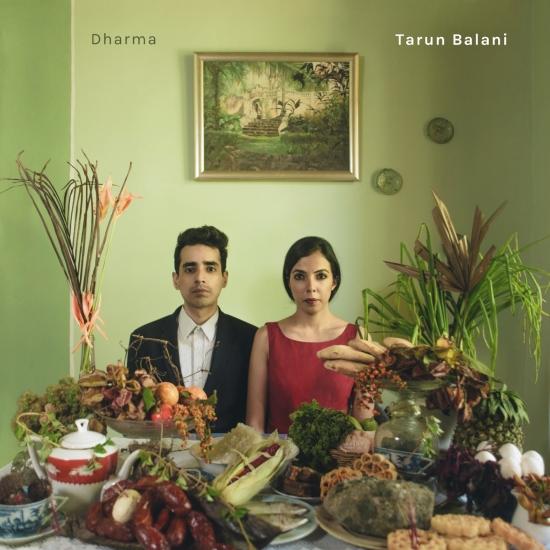 Tarun Balani, a friend and fellow drummer/composer from Delhi is creating authentic, honest and bold improvised music. His new album is ready for release and in this interview with me he expands on the method and motive behind his new album "Dharma".
Jivraj: Tell me a little bit about the album, Dharma? I've always got the impression that for you music is about more than just releasing albums; it is like you're using music to tell the story of who you are.
Tarun: Dharma is very special for me, it is my third album and a lot of time and effort has gone into it. Over the last couple of years I’ve been working on my skills as a composer and I was able to break through some of my compositional barriers and achieve a musical architecture that I had been hearing in my head. Yes, the album almost marked some important moments in my life, and tells this story which you will hear in the tracks on it.
Jivraj: Is the compositional element the main drive for you?
Tarun: Yes, for my band, the compositional element is the most exciting and rewarding. Everything I play on the drums is derived from the harmonic and the melodic content of the music.
Jivraj: Why the "Collective”? what does that mean to you? Tell me a little about the band and since you are all based in different parts of the world, how do you stay connected?
Tarun: The word “Collective” is more inclusive, inviting and open and that is the concept behind how we create music in this band. For me, it is not about just hiring the best musicians to play the music I write. Writing the music is just twenty percent of the work; the rest of the eighty percent is actually what we create together in the moment as a band. I am very fortunate to have had the opportunity to share this music with a dream band featuring Sharik Hasan, Tiziano Bianchi, Alex Pinto and Joshua Crumbly. Apart from the music we are good friends, and we stay connected by sharing simple things about our lives with each other.
Jivraj: Why did you record the new album in New York?
Tarun: I’ve always wanted to live and play in New York. I almost moved to New York right after graduating from Berklee College of Music in 2010, but I knew I wasn’t ready back then. I wanted to come to New York on my own terms, when I had developed my own voice as a drummer and as an artist.
In 2014, Alex Pinto invited me to play for his band. It was during this trip that I conceptualized the album and decided to record the album in New York. Also, this presentation of music has a specific sonic aesthetic and to achieve that I had to pick the right environment to record in. I didn’t want any compromises in the recording process.
Jivraj: Why the title, “Dharma”?
Tarun: Certain events in the past year in my life have really helped me evolve and grow as a human being and as an artist. I got married; my wife and I moved into a new apartment and began our new life filled with gratitude, love and contentment. I lost my grandmother during the same time as my wedding, which was very heart breaking and a sad moment for me and our family. I feel these two absolutely contradictory moments in my life led me to an introspective quest for finding the meaning and purpose of life. Hence, I chose the title “Dharma”.
Jiver: What's next for the collective and what's the top secret stuff in the works? Tarun: I am really excited to share the title track “Dharma” and curious to see what the audience is thinking and feeling! I will release the album in September ’16 and follow it up with a album release tour in the US later in the year. The top secret project is a new setup that I’ve been working on which will explore song writing through electronic, analog synthesized sounds, drum machines and a unique presentation that I am very excited about it.
Tarun Balani, drums, percussion
Tiziano Bianchi, trumpet
Joshua Crumbly, bass
Sharik Hasan, piano
Alex Pinto, guitars
Recorded and mastered by Michael Perez-Cisneros at Big orange Sheep Studios, Brooklyn, New York 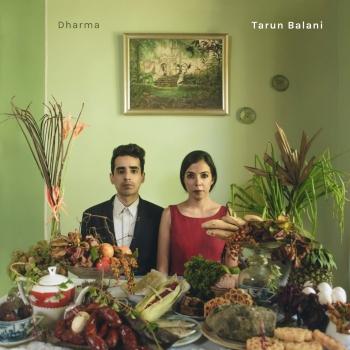 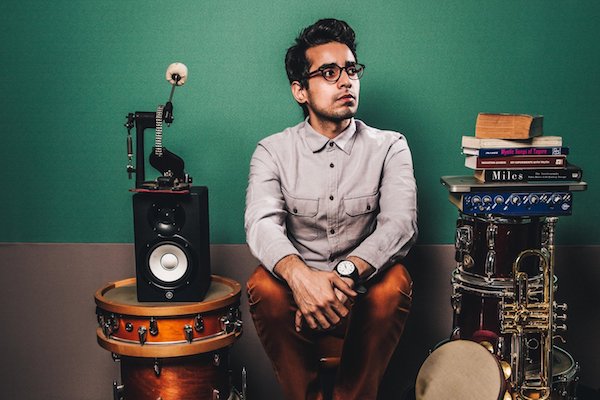 Tarun Balani
is a drummer, composer, percussionist and music educator living in New Delhi, India. In 2012, Tarun released his debut record “Sacred World”, said to “point to the future of jazz in India.” (Time Out, India). In 2014, Balani released his second record “Live at Teatro Bismantova, Italy” with Italian trumpeter Tiziano Bianchi.
Playing music through high school and after, Tarun was a member of Indian bands including Incognito, Advaita and Artistes Unlimited. When he was 18 years old, Tarun attended Drummers Collective in New York City, an experience that drew him forever to jazz. The raw instinct of the music united him with the form, and inspired him to study at Berklee College of Music in Boston a few years later. At Berklee, Tarun focused on performance and composition. His teachers Ralph Peterson Jr. and Jamey Haddad had great influence on Tarun’s drumming. He was also the first Indian student at Berklee selected to be part of the Berklee Global Jazz Institute where he was mentored by Danilo Perez, John Patitucci, Joe lovano and George Garzone.
It was the dedication and collaborative experiences of writing, playing and composing during this period of his life that gave shape to the Tarun Balani Collective as a group, comprising of musicians of diverse backgrounds.
In 2011, Tarun and his brother Aditya Balani, also a musician (guitar player and composer), founded Global Music Institute in New Delhi. The first of its kind in India, the Institute aims to promote musical diversity in India, with an emphasis on national and international collaboration in faculty for teaching and performance.
In 2016 Tarun Balani is determined to deliver yet another fearless, imaginative, and an heartfelt set of music with his upcoming record "Dharma" featuring a brand new line up. The Tarun Balani Collective comprising of Tiziano Bianchi, Joshua Crumbly, Sharik Hasan, Alex Pinto and Tarun Balani recently recorded their latest album, "Dharma" in Brooklyn, New York. The album is set to release in 2016. Tarun's previous records include Sacred World (2012) and Live at Teatro Bismantova Italy (2014) recorded with Italian trumpeter, Tiziano Bianchi.
Tarun’s music is driven by a restless desire to be a holistic artist, inspired by his Indian roots and synthesized into his work. An inward and spiritual experience for Tarun, music has had a very special impact on his life, in finding his voice through the drums, and then in building a career in performance and teaching.