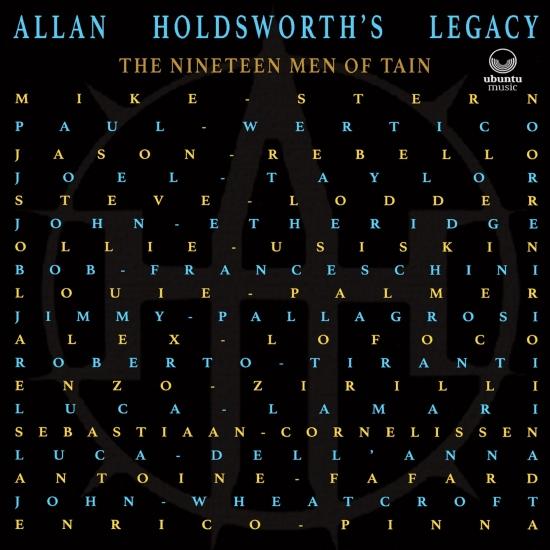 Allan‘s Legacy is a collective of world renown musicians who joined forces together to pay homage to the memory of the man who changed the guitar forever.
Paraphrasing the title of one of the albums by Allan Holdsworth, The Nineteen Men Of Tain is a tribute record where each of the nineteen artist guests contributed with their own personal style.
The 13-track album features 19 artists, as the album’s title suggests, and features a stunning array of special guests, including guitarists Mike Stern and John Etheridge, drummer Paul Wertico and pianist Jason Rebello.
“I’ve had the privilege of listening to this already. I would like to thank everyone involved. I love it.” (Lynne Holdsworth, daughter of Allan Holdsworth)
The idea for the project was conceived by Italian guitarist Enrico Pinna and UK drummer Ollie Usiskin, in a London pub back in 2017, the year of Allan’s death. They explain: “It was about a week after Allan’s passing. We were shocked and we felt we needed to do something special to remember him and to honour his legacy. The idea was to create a tribute album which would include outstanding musicians performing Allan’s songs for a charity we would create, to host a music contest and festival in his honour.”
The logistical issues were significant, but they managed to make the recording happen: “We were thrilled to see how many great musicians agreed to play on our project straight away, due to their respect for Allan and his music. This has been a four-year journey…recording, sending tracks all over the world to record the individual guests, mixing and mastering the tracks, finding solutions for creating a new festival and the music contest…all slowed down by pandemic lockdowns and many other obstacles, but we are here now, and we are proud to have found our way to recognise this legendary guitarist in an appropriate manner.”
“Congratulations on the album. You’ve done the tunes really well. Your playing is great - really intelligent and well phrased. A lot of the versions I like a bit better than the originals!!! (Although I haven’t heard them for years!). Quite happy with my track, so well done !” (John Etheridge, special guest guitarist)
Enrico Pinna, guitar & keyboards
Mike Stern, guitar
John Etheridge, guitar
John Weatcroft, guitars
Jason Rebello, piano
Steve Lodder, keyboards
Luca Dell’Anna, keyboards
Luca Lamari, keyboards
Alex Lofoco, bass
Antoine Fafard, bass
Louie Palmer, drums
Ollie Usiskin, drums
Paul Wertico, drums
Joel Taylor, drums
Jimmy Pallagrosi, drums
Sebastiaan Cornelissen, drums
Enzo Zirilli, drums
Bob Franceschini, saz
Roberto Tiranti, vocals 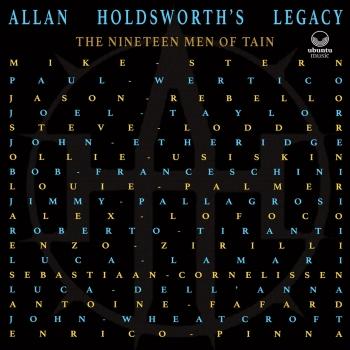 The Nineteen Men of Tain

Enrico Pinna
has been a professional producer and engineer for more than two decades, with vast amount of recording and mastering studio experience throughout Europe.
Graduated in audio/video post production, successfully completing the final exams overseen by the european social found in milan in 2004, Enrico has been credited in numerous albums, including “The Gathering Light” from globally acclaimed rock progressive band “Karnataka” as best foreign album 2010 at the WebProg Awards.
A versatile engineer, he has a wealth of experience working in all music genres, from pop to rock, dance to rap, hip pop and r&b, jazz to classical. Credits and collaborations include some of the most respected names in the music industry e.g. Mike Stern, Paolo Conte, Karnataka, Johnny Mars, Jim Mullen, Dado Moroni, Enzo Zirilli, Abbey Road, Air Studios and The Way Studio in London, Regson, Zerodieci studio (it) and many others.