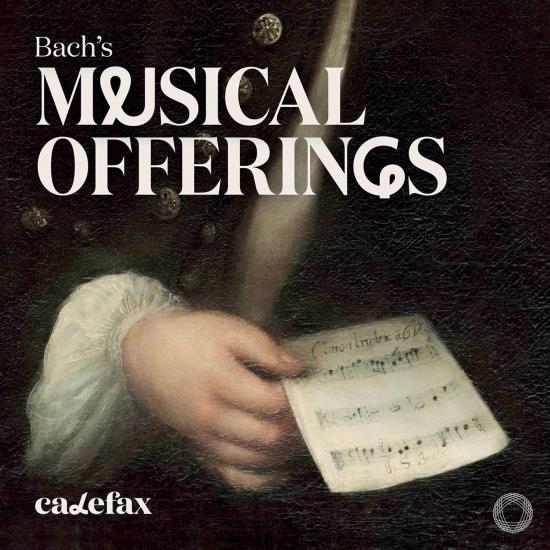 The Dutch reed quintet Calefax celebrates 35 years of adventurous and versatile musicianship with a collection of Musical Offerings from Johann Sebastian Bach, arranged by the ensemble’s saxophonist Raaf Hekkema. Arthur Klaassens joins the ensemble on a lupophone and english horn for Musikalisches Opfer, the main course of this programme, as well as for the 14 Canons, BWV 1087, further expanding the ensemble’s sonic palette. The album concludes with Bach's Canonic variations on Vom Himmel hoch. All nine know versions of the melody have found a place in Raafs arrangement, resulting in a many-coloured Christmas collage.
Bach’s Musical Offerings is Calefax’ third PENTATONE release, after the well-received Dido & Aeneazz (2019), a virtuosic and eclectic recomposition of Purcell’s famous opera performed with trumpetist Eric Vloeimans, as well as Hidden Gems (2018), showcasing the quintet’s versatility with pieces ranging from Corelli and Satie to Nina Simone.
Arthur Klaassens, oboe
Calefax Reed Quintet 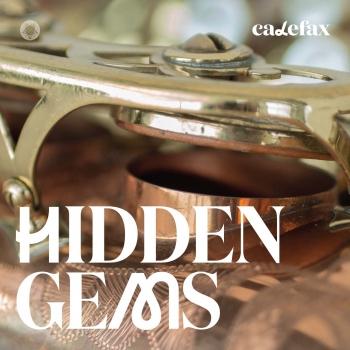 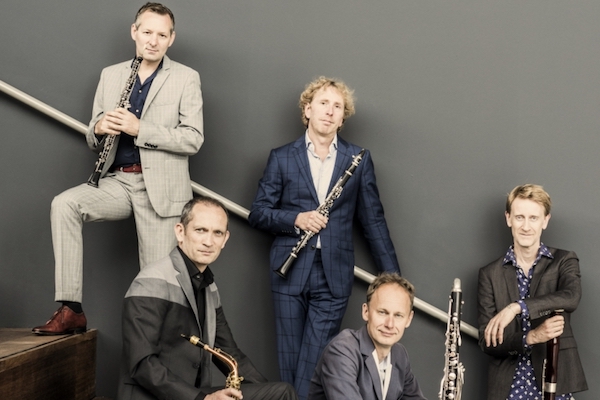 Calefax
is a close-knit ensemble of five reed players united by a shared passion. For more than three decades they have been acclaimed in the Netherlands and abroad for their virtuosic playing, brilliant arrangements and innovative stage presentation. They are the inventors of a completely new genre: the reed quintet. They provide inspiration to young wind players from all over the world who follow in their footsteps. Calefax can be defined as a classical ensemble with a pop mentality. Calefax takes an adventurous approach to presenting its programs and has a uniquely varied repertoire ranging from 1100 to the present day. They perform their own arrangements and newly commissioned compositions for the unique combination of oboe, clarinet, saxophone, bass clarinet and bassoon. Calefax is open to the influence of world music, jazz and improvisation as a result of countless international tours and collaborations with all kinds of musicians.
The group publishes sheet music of their own arrangements for reed quintet under the name Calefax Edition, so that they play a pioneering role and put this new genre on the map.
Calefax often joins forces with other musicians and artists from other disciplines. A hallmark of these collaborations is the continual quest to present striking, new repertoire and an adventurous approach to stage presentation. They have collaborated with the pianists Jean-Yves Thibaudet, Ivo Janssen, Louis van Dijk and Michiel Braam, violinists Liza Ferschtman and Claude Chalhoub, singers Lenneke Ruiten, Christianne Stotijn, Helena Rasker, Nora Fischer, Cora Burggraaf and Denise Jannah, trombonist Christian Lindberg, the Tony Overwater Trio, Cappella Amsterdam, Danel Quartet, Zapp4, the Nederlands Kamerkoor, trumpeters Eric Vloeimans and Marco Blaauw, percussionist Arnold Marinissen, clarinettist Kinan Azmeh, choreographers Boukje Schweigman and Sanne van der Put and visual artists Jaap Drupsteen and Wouter van Reek. Calefax also performed for the soundtrack of the 2013 Dutch film De nieuwe wildernis.
Calefax has released 19 CDs under the renowned German MDG label and its own RIOJA Records label. All the recordings have earned critical acclaim from the international press. The mezzo-soprano Cora Burggraaf can be heard on the CD entitled The Roaring Twenties,while the On the Spot CD features the trumpeter Eric Vloeimans, who transports Calefax into the world of jazz and improvisation. Their latest CD, entitled Romantic Kaleidoscope, was released in October 2015, packaged within the anniversary book Calefax en de Caleidoscoop, written by the radio presenter Lex Bohlmeijer and published by Cossee.
Calefax has won many major music prizes, including the 1997 Philip Morris Arts Prize, the 2001 Kersjes van de Groenekan Prize and the 2005 VSCD Classical Music Award. In 2012 Calefax received the German Junge Ohren Prize for the family musical show The Music Factory, a co-production with the Dutch theatre company Oorkaan.
The group has given concerts in virtually every country in Europe, as well as touring Russia, China, India, Turkey, Japan, South Africa, Brazil and the United States, performing at major venues including Wigmore Hall (London), the Oriental Arts Centre (Shanghai) and Lincoln Center (NYC). In January 2013 Calefax had the honour of accompanying the former Dutch Queen Beatrix on her final two state visits, to Brunei and Singapore.