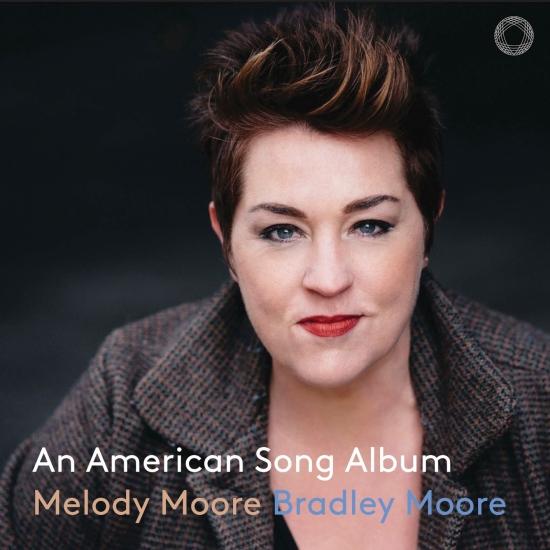 An American Song Album is a fine collection of songs by American composers, presented by soprano Melody Moore. The repertoire includes Samuel Barbers introspective Hermit Songs, Jake Heggies engaged cycles These Strangers and How Well I Knew the Light, Carlisle Floyds exploration of motherhood in The Mystery, Coplands impressionist and oriental Four Early Songs, as well as a varied selection from Gordon Gettys vocal works. Set to Irish, Welsh, Chilean, German, Arabic and Afro-American poetry, these pieces constitute a panorama of the US as a melting pot of cultures, while simultaneously being bound together by an unmistakably American sound. Melody Moore manages to lift out the poetry of these works with her warm, lyrical voice and impeccable vocal technique. She is accompanied on the piano by Bradley Moore, one of the most eminent conductors and song accompanists of todays American musical scene.
With her first solo album, Melody Moore continues her PENTATONE discography that already features recordings of leading roles in Gordon Gettys Plump Jack (2012) and The Little Match Girl (2015), as well as Desdemona in Verdis Otello (2017).
Melody Moore, soprano
Bradley Moore, piano 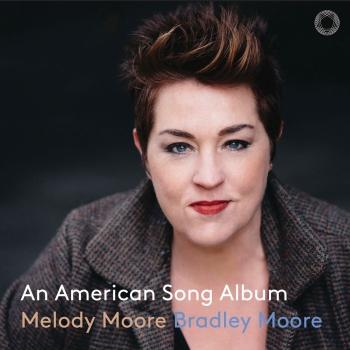 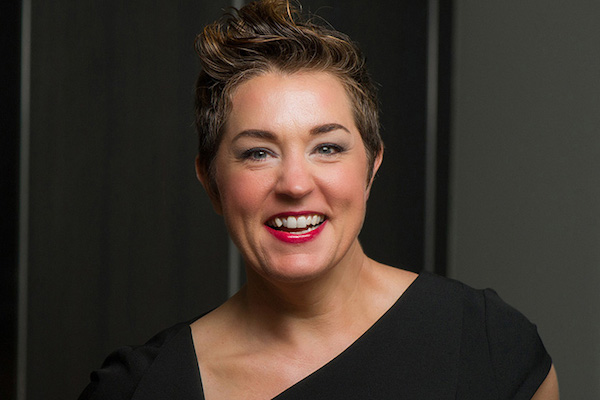 Melody Moore
is enjoying a thriving career on the world’s leading stages, prompting Opera News to label her “a revelation,” and of her recent sold-out appearance at Carnegie Hall to rave, “As I left the auditorium, I could only think: more of Moore, please.”
In the 2018-2019 season, Ms. Moore returns to Houston Grand Opera to reprise the roles of Senta in the season opening production of Der fliegende Holländer led by Music Director Patrick Summers, and Donna Elvira in Mozart’s Don Giovanni in a new production by Kasper Holten. She returns to Los Angeles Opera to make her role debut as Gertrude in Hänsel and Gretel under the baton of Music Director James Conlon. On the concert stage, she debuts with the Dresdner Philharmonie in the roles of Giorgetta in Puccini’s Il Tabarro and Santuzza in Mascagni’s Cavalleria Rusticana, both of which will be recorded for commercial release by Pentatone Records. She revisits her critically acclaimed portrayal of Strauss’ Salome in Daegu, South Korea and will will record a solo album of American music with pianist Bradley Moore for Pentatone Records.
In the 2017-2018 season, Moore made three major role debuts: Elisabetta in Don Carlo at Washington National Opera; the title role in Salome at Florida Grand Opera; and Tatyana in Eugene Onegin at Hawaii Opera Theater, as well as singing her signature roles of Tosca in a return to Opéra de Montréal and for her house debut with Teatro Municipal de Santiago de Chile, and Senta in Wagner’s Der fliegende Holländer in a new production by Tomer Zvulun at Atlanta Opera. Her portrayal of Desdemona in a full recording of Verdi’s Otello was released by Pentatone Records.
Recent career highlights include a house and role debut at Seattle Opera in the title role of Janáček’s Kátya Kabanová; appearances with San Francisco Opera in the title role of Tosca, Susan Rescorla in Heart of a Soldier, Mimì in La bohème, and the Countess in Le nozze di Figaro; Houston Grand Opera as Julie in Show Boat, Marta in the American premiere of Weinberg’s The Passenger, the title role in Carmen, Dorabella in Così fan tutte; Washington National Opera as the title role of Catán’s Florencia en el Amazonas, Phillip Glass’ Appomatox, and in Francesca Zambello’s highly acclaimed production of the Wagner’s full Ring cycle; Los Angeles Opera as Tosca, the Countess in Le nozze di Figaro and in productions of Der Zwerg and Der Zerbrochene Krug; Opéra de Montréal as Cio-Cio San in Madama Butterfly; Glimmerglass Festival as Lady Macbeth in Verdi’s Macbeth and Senta in Der fliegende Holländer; Lincoln Center Festival in The Passenger; English National Opera as Mimi and as Marguerite in Faust; New York City Opera as Rita Clayton in the New York premiere of Stephen Schwartz’s Séance on a Wet Afternoon and as Regine St. Laurent in Rufus Wainwright’s Prima Donna; and Austin Lyric Opera as Senta in Der fliegende Holländer. Additional performances include the title roles of Manon Lescaut at New Orleans Opera, Tosca with the Lyric Opera of Kansas City, Pamina in Die Zauberflöte at Opéra de Bordeaux; and Donna Elvira in Don Giovanni with the Atlanta Opera and Opera Colorado.
On the concert stage, Ms. Moore has appeared with Atlanta Symphony Orchestra for Bruckner’s Te Deum led by Music Director Donald Runnicles; Bard SummerScape Festival as the title role in Turandot; Bavarian Radio Symphony in performances and recording of excerpts of Gordon Getty’s opera, Plump Jack, conducted by Ulf Shirmer and with the New Century Chamber Orchestra conducted by Nadja Salerno-Sonnenberg. She has joined Rufus Wainwright for gala concerts at the Kimmel Center in Philadelphia and at Roy Thomson Hall in Toronto, and has sung Beethoven’s Ninth Symphony with the Madison Symphony and at Festival of the Arts Boca. Her solo recital performances have included a sold-out debut recital at Carnegie Hall and the Collaborative Arts Institute of Chicago, as well a program featuring suppressed music of the Holocaust presented under the auspices of the Atlanta Opera.