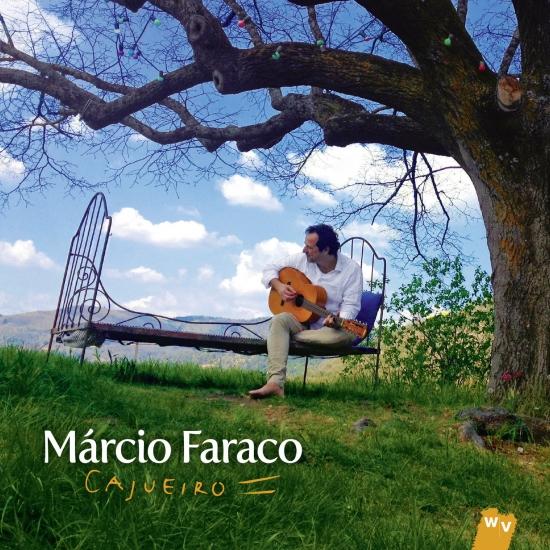 On his album Cajueiro, French-Brazilian Márcio Faraco captures the spirit of the times in words and music - singing to us not only of the realities of the world, but also of his passions and his outlook on life in general.
Accompanied by musicians from both France and Brazil, Faraco regales us with tales of his native Brazil, of his beloved Paris and of the ebb and flow of time. Illuminated by flashes of milonga, samba, jazz and xote, his melodies radiate with an air of timeless beauty.
Márcio Faraco, guitar 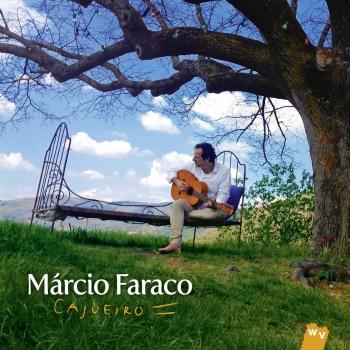 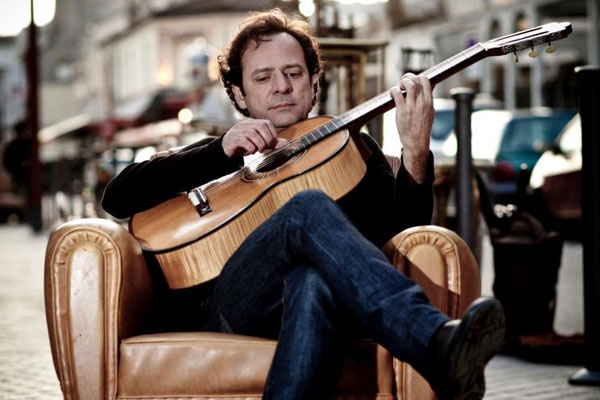 Márcio Faraco
was born in Alegrete, a small town in southern Brazil. From the early age of seven, he came into contact with the varied cultures of his vast homeland thanks to the different postings held by his father in the course of his job.
This kind of enforced nomadism meant that the young Márcio was able to integrate most of the forms of traditional music, including the samba, the choro and the baião, very early on. Thus equipped, he and his family settled in Brasília in 1975, where he launched into his life as an artist. He was now just 16.
After winning prizes at various regional festivals, he decided in 1988 to try his luck as a songwriter/composer/singer in Rio de Janeiro. Small jobs and some commissions encouraged him to take the step of leaving his homeland, and in 1991 he went to live in the South of France with his French wife, whom he’d met a few years earlier in Rio.
He got to know other Brazilian musicians living in France and formed a trio that went from bar to bar along the beaches and to the parties and receptions on the Riviera, as well as Eddie Barclay’s famous “white nights”. But all this was not enough to satisfy his ambition, and he decided to try his luck in Paris, where he composed and wrote even more lyrics for about seven years, before a record company finally showed interest in him and his work.
Three albums emerged from this partnership: Ciranda (2000), Interior (2002) Com Tradição (2005). After the cheerful intimacy of the first album, the introspective minimalism of the second, and the extrovert traditionalism of the third, the acoustic Invento (2007), Um Rio (2008) that celebrates 50 years of Bossa Nova and is his latest creation O Tempo (2011) on Le Chant du Monde.
Márcio’s discography could be summed up in this apt sentence from Rémy Kolpa Kopoul, ‘talent-spotter’ on Radio Nova: "Like a self-questioning, serene stage in his itinerary, one bordering on asceticism, Faraco has marked out his territory.”