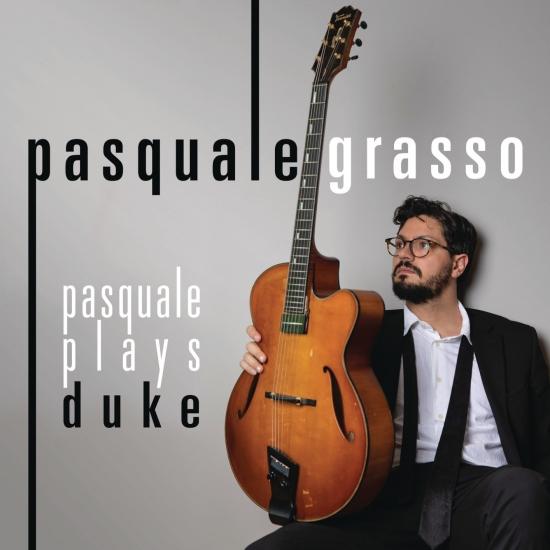 Pasquale Plays Duke, is the second of a three-part trilogy which follows the early 2021 digital release of Solo Ballads. For this particular album he introduces his working trio of bassist Ari Roland and drummer Keith Balla, and is joined by special guest vocalists Samara Joy and Sheila Jordan.
Long before earning the endorsement of everyone from New Yorker magazine to living luminary guitarist Pat Metheny and recording a series of solo EPs and albums for Sony Music Masterworks, Grasso grew up in the quaint and quiet Italian town of Ariano Irpino. At six-years-old, Pasquale developed a bond with his guitar that ignited an unbelievable journey from the Italian countryside to international renown.
After attending the Conservatory of Bologna, the U.S. Embassy enlisted Grasso as its Jazz Ambassador. He embedded himself in New York City’s jazz community through a standing gig with late saxophonist Charles Davis. Among many standout performances, he won the 2015 Wes Montgomery International Jazz Guitar Competition and shared the stage with Pat Martino’s organ trio. In 2018, he appeared at the NEA Jazz Masters Tribute Concert at the Kennedy Center in Washington, D.C., delivering a show-stopping homage to honor Pat Metheny who christened him “The best guitar player I’ve heard in maybe my entire life.”
Signing to Sony Music Masterworks, Grasso kicked off his solo EP/album series in 2019 with Solo Standards, Vol. 1, Solo Ballads, Vol. 1, Solo Monk, and Solo Holiday. His momentum continued in 2020 with yet another string of solo releases Solo Bird, Solo Masterpieces, Solo Standards, and Solo Bud Powell, earning the praise of New Yorker magazine, “Pasquale Grasso can play guitar like ringing a bell.”
Grasso shows off his technique early on in the album, with the introduction of “It Don’t Mean a Thing,” which was released today – listen and watch here. The silky, vintage guitar tone makes it sound like a Johnny Smith or Tal Farlow LP from the 1950s. “I’ve always loved the guitar sound from the ’40s and ’50s and I love the sound of classical guitar,” says Grasso.
The classic jazz sound of Art Tatum, an inspiration of Grasso’s, stays present throughout the album. His influence is apparent in the transitional runs that play a major part in much of Grasso’s compositions, and whole-tone scales are able to take us from one chord to the next throughout the album. Tracks such as “Prelude to a Kiss,” “Cotton Tail,” “In a Sentimental Mood” (which released last month) and “Day Dream,” carry the listener up and down a flurry of intense and elegant scales.
The featured vocals of Samara Joy and Sheila Jordan add even more texture to the already vintage sound. Joy is only 21 and graduated this May from SUNY Purchase, thirty five miles north of her native Bronx. Immediately, the natural strength and richness of her voice grabs the listeners’ attention. Her feature on the track “Solitude” is another reassurance to these claims. A powerful yet soft sound blends with Grasso’s beautiful scales, producing a sound reminiscent of a live performance from the great Ella Fitzgerald.
Sheila Jordan is featured on “Mood Indigo.” Her decades-long experience in the jazz scene shines in her vocals throughout the track. Since her first release in the 1960s, Jordan is known as one of the most creative living jazz singers. She is one of the few vocalists who can improvise lyrics, which often rhyme, is a superb scat singer, and is also an emotional interpreter of ballads. During the track, the runs of Grasso’s guitar are matched by the impressive scatting of Jordan throughout the feature. It creates a back and forth battle before falling back into a final verse of soft vocals about feeling blue, hence the title “Mood Indigo.”
“Reflections in D”, the final track, slows the tempo so as to relax and wind down the album. The silky sound is still present, the tone being presented much to the name of the track, a reflection on everything heard in the prior twelve songs of Pasquale Plays Duke. All the same aspects are maintained, yet, this particular piece allows more space and time to experience Pasquale Grasso’s artistry.
Pasquale Grasso, guitar
Ari Roland, double bass
Keith Balla, drums
Samara Joy, vocals
Sheila Jordan, vocals 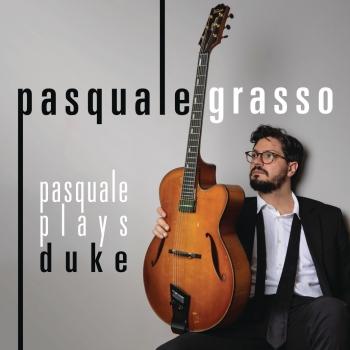 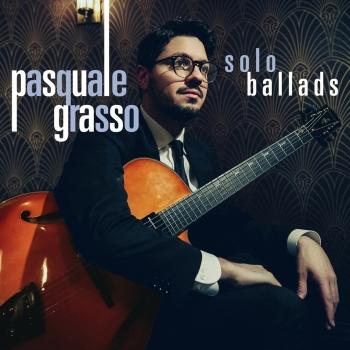 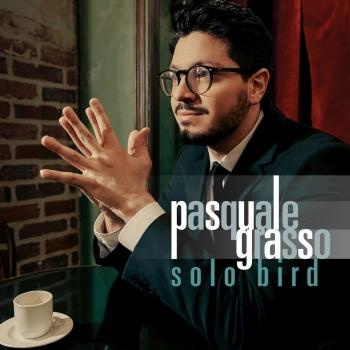 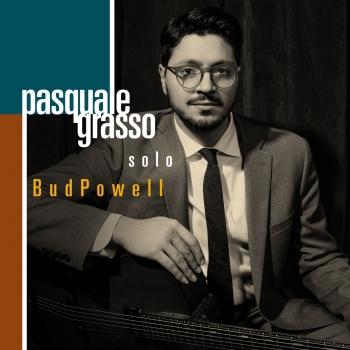 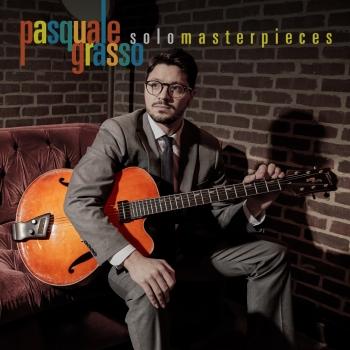 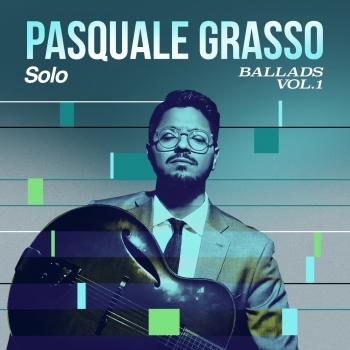 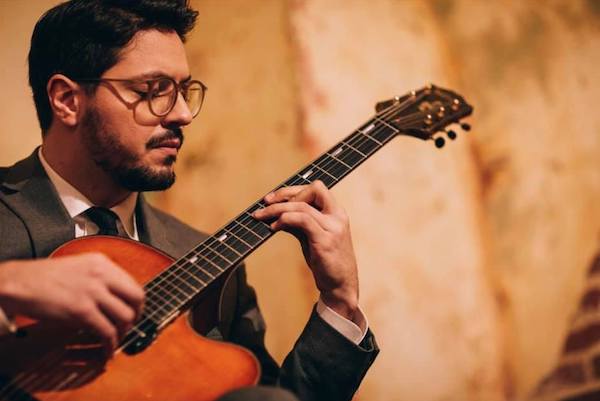