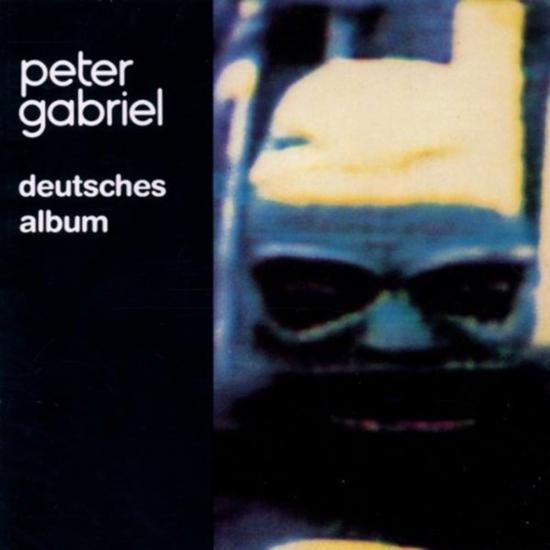 deutsches album is the German language version of Peter’s fourth self-titled album. It was released shortly after the English language version, in November 1982.
Peter worked again with Horst Königstein, who had provided translations for the ein deutsches album, to make sure the German language lyrics were more than simple translations from the originals. The language not only conveys the meaning and intended imagery of each song but also allows the words to contribute to the musicality of the record.
As with ein deutsches album, Peter used the opportunity presented by this record to re-work the music as well as change the language of delivery. As a result there are noticeable musical differences compared to the English language edition.
The album also boasts a slightly different running order from the international edition, with San Jacinto and The Family and the Fishing Net (Das Fischernetz) swapping positions on side 1.
For me, languages were never a barrier in rock music. When I first went on tour, it was strange to me that the English and American musicians did the same live show in all countries. They did not care about the national differences or the language of their audience. This attitude I found arrogant. The assertion that rock and English belong together is complete nonsense.
You can express ideas and emotions in every language, and with some effort, one can work out the peculiarities of each language and use them musically.
For some time, I have been trying to sing some songs in the language of my audience. That was ‘Me and My Teddy Bear’ in German and French on the last European tour. Although it was far from perfect, I had the feeling that my audience was excited about this gesture.
I wanted to convince the record company that I would like to sing in other languages ​​in order to be “understood”. In the end the German company was the only one to show any interest in the idea. Thomas Quast was very enthusiastic and he immediately sought a translator for me and I was lucky to have him recommend Horst Königstein. We met in London in January and checked each other out to see if our heads were in the same place. We really liked each other and began working on the lyrics on the spot: first by singing the songs, discussing what was going on; which images are correct, which are not, etc. Horst’s careful translations are a decisive contribution to this record.
Horst had to work hard on my pronunciation, until he could get “a touch of the old Marlene“. Particularly difficult were the “u” s and “r” s. Horst’s recommendation was to freeze my mouth into a grin.
Nevertheless, I believe that my difficulties with language make it possible for me to approach the whole with a certain impartiality and naivete. This journey was particularly interesting because I was able to use language as a sound repertoire. Sounds as a means for expression and not just meaning. For example, I could take language clichés like ‘ordung’ or ‘alarm’ and sing them naively.
I sincerely hope that an independent German version of the album will foster an understanding of a musically complex album. But even if it does not work out, I must say that this experiment was very pleasing to me and I learned a lot from it.
Peter Gabriel, vocals, programming and sequencing, synthesizer, piano, surdo, additional drums
Tony Levin, bass, Chapman stick
David Rhodes, guitars
Jerry Marotta, drums, percussion
Larry Fast, synthesizer, electronic percussion
John Ellis, backing vocals, guitar
Roberto Laneri, treated saxophone
Morris Pert, timbales, percussion
Stephen Paine, programming
David Lord, synthesizer, piano
Peter Hammill, backing vocals
Jill Gabriel, backing vocals
Ekome Dance Company, Ghanaian drums
Recorded Spring 1981 – Summer 1982 at Ashcombe House, Bath, England
Produced by David Lord and Peter Gabriel
Digitally remastered