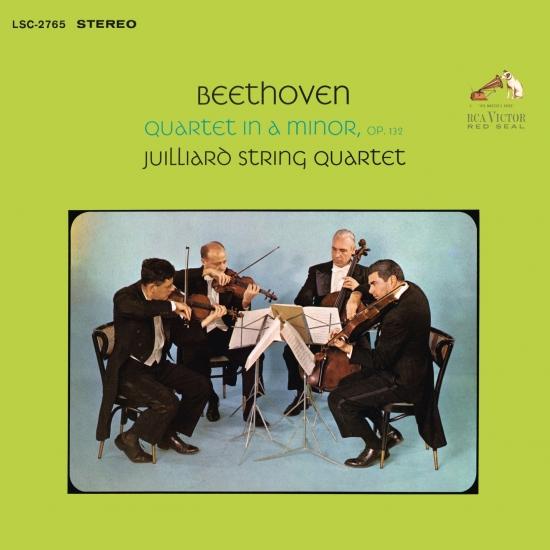 America’s greatest and most enduring chamber ensemble – the Grammyâ Award-winning Juilliard String Quartet – celebrates its eighth decade with the release of a new Sony Classical recording of music from three centuries by Ludwig van Beethoven, Béla Bartók and Argentinian-American composer Mario Davidovsky.
This is the set of Beethoven Quartet recordings the Juilliard Quartet made in the 60s. The quartet's line-up a the time was Robert Mann and Earl Carlyss, violins; Raphael Hillyer, viola; Claus Adam, cello. (Exceptions: Isidore Cohen was still second violin for the recordings of the Op. 59 quartets and Op. 74; Samuel Rhodes had replaced Hilyer at viola by the time some of the late quartets were recorded.)
With unparalleled artistry and enduring vigor, the Juilliard String Quartet continues to inspire audiences around the world with its performances. Founded in 1946, and widely known as “the quintessential American string quartet,” the ensemble draws on a deep and vital engagement with the classics, while embracing the mission of championing new works— a vibrant combination of the familiar and the daring. Each performance of the Juilliard String Quartet is a unique experience, bringing together the four members’ profound understanding, total commitment, and unceasing curiosity in sharing the wonders of the string quartet literature.
Juilliard String Quartet
Digitally remastered