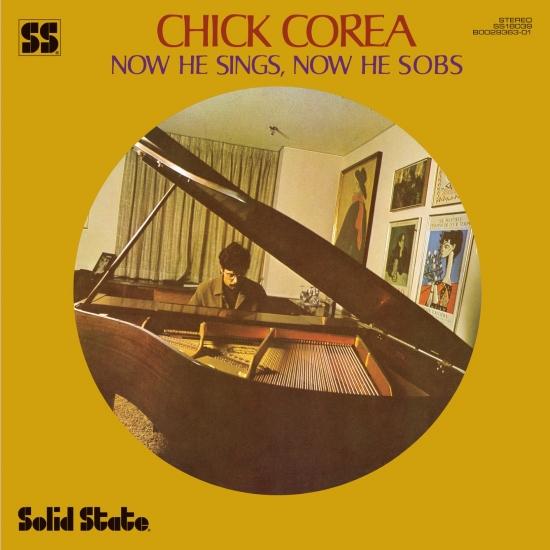 Chick’s brilliant trio album from 1968, Now He Sings. Now He Sobs is among the greatest piano trio albums ever released. Recorded in 1968, the record firmly established Chick as a pianist and composer with a unique vision, one that floated free of traditional genre distinctions and conventions, into new and thrilling territory. With veteran drummer Roy Haynes and brilliant bassist Miroslav Vitous, Chick creates a new language of his own, instantly recognizable from the first, classic cymbal flourish and piano run of “Matrix.” The trio is locked in, totally attuned to each other, and operating at a tremendous level. This is jazz of the highest order.
"Recorded over a year after Chick Corea's debut Tones for Joan's Bones -- a record cut in late 1966 but not appearing until 1968 -- Now He Sings, Now He Sobs feels like his true first album, the place where he put all the pieces in motion for his long, adventurous career. Much of that has to do with the closed quarters of its recording. Supported by drummer Roy Haynes and bassist Miroslav Vitous, Corea has the freedom to run wild on his five original compositions, letting chords cluster alongside fleet melodic runs. Haynes and Vitous play with the same sense of liberation, which pushes Now He Sings, Now He Sobs into a sweet spot where hard bop and avant intersect. There's an intellectual rigor balanced by an instinctual hunger that makes for music that's lively and challenging while also containing a patina of comfort. Chalk the latter up to the elegance of Corea's piano trio: they move through the dense bop with the same grace that they settle into ballads, a sound that is warm and inviting, yet never disguises how the trio -- and Corea especially -- never stop probing and exploring the outer edges of this music. While it's possible to hear Now He Sings, Now He Sobs as an opening salvo to Corea's career, it also exists as its own special thing because it captures the pianist at the brink: it's kinetic, exciting, and filled with endless possibilities." (Stephen Thomas Erlewine, AMG)
"The title Now He Sings, Now He Sobs comes from I Ching, an ancient Chinese book that I was into in the '60s when I was studying different philosophies and religions. It's also known as the "Book Of Changes." And it has a section named "Now He Sings; Now He Sobs — Now He Beats The Drum; Now He Stops." The poetry of that phrase fit the message of the trio's music on Now He Sings, Now He Sobs to me. You know, the gamut of life experiences — the whole human picture and range of emotions.
There were a lot of different directions in jazz being tried out at that time. It was a period of exploration with several great exploratory leaders like Miles, Coltrane, Ornette, Mingus, and many more. I was into that atmosphere of trying out new approaches. And I was also checking out Bartók, Stravinsky, Stockhausen, Alban Berg, and some other composers who were also trying new things.
The recording sessions had a concentration and intensity that was thick in the atmosphere of the studio. [Drummer] Roy [Haynes] and [bassist Miroslav Vitouš] were meeting for the first time and we had all these new tunes to deal with without any rehearsal. So it was tense for a while. But then, when Roy put his beat on things and added his humor and lightness as our "elder," things loosened up and the music started to fly.
When the recording continued to get attention, I knew some kind of special effect had been created — otherwise how are you to know the result of something except in your own head?
But if I had to look at Now He Sings… from outside myself, I see it as a natural part of the growth of the jazz culture which I've always been so happy — honored, really — to be a small part of. Jazz musicians from Duke and Satchmo on through Bird, Diz, Miles, Trane, and Monk have kept a very important flame of freedom and individual expression alive and well in our world and I think it's really important. It's a culture of ways of life and tastes in art and living that continually got passed down, starting from the first Africans that hit the Western world and were nurtured first in America. Of course, now the stream of expression and attitude towards creativeness that they represented has spread over the world.
So I came along in the '60s having absorbed as much as I could up until then and added my own tastes and search into the equation. I guess that's how I see Now He Sings, Now He Sobs in relation to the development of jazz in general. And I'm happy to know that so many people thought that "Now He Sings, Now He Sobs" is deserving of an award like this. It inspires me to come up with something new. (Don Heckman)
Chick Corea, piano
Roy Haynes, drums
Miroslav Vitous, double bass
Recorded March 14, 19 and 27, 1968 at A&R Studios, New York City
Produced by Sonny Lester
Digitally remastered 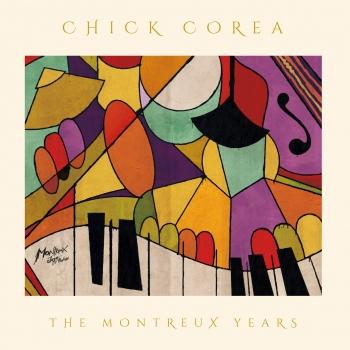