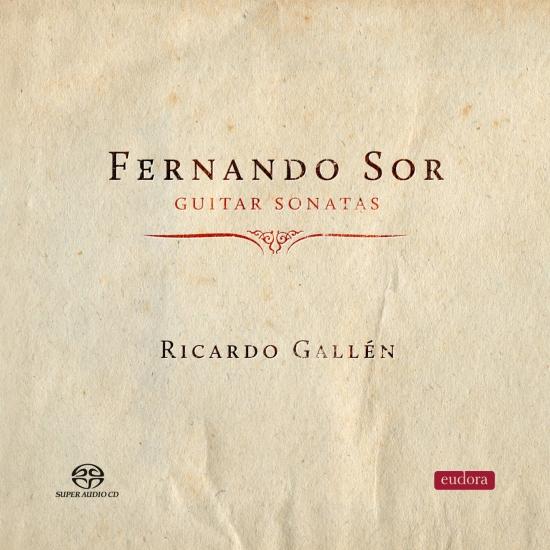 Fernando Sor’s guitar sonatas rank among the most important compositions in the guitar repertoire, harmonically exquisite, at times full of melancholy and longing, but also lively and virtuosic. Ricardo Gallén, one of the most outstanding guitarists of our time, gives an impressive and stylish rendition of these masterpieces, performing on a copy of a 19th-century Fabricatore guitar by Arnoldo García.
Ricardo Gallén is currently a Professor at the HFM “Franz Liszt” in Weimar, Germany, Ricardo Gallén has received over twenty international prizes, and performed under the direction of well-known conductors such as Leo Brouwer, Monica Huggett or Jordi Savall. His first recording was among NAXoS’ 50 top-selling records for 2001, and he recently got the “Andres Segovia” Medal Award given by the Andres Segovia Foundation in Spain.
This release has been recorded using DSD256 (11.289MHz), which delivers probably an stunning and realistic capture of these brilliant performances.
Ricardo Gallén, classical guitar
Recorded September 5-7, 2013 in Iglesia de San Miguel, Cuenca, Spain
Produced and recorded by Gonzalo Noqué 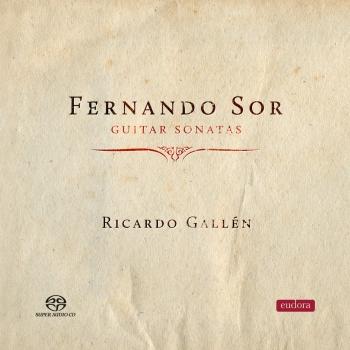 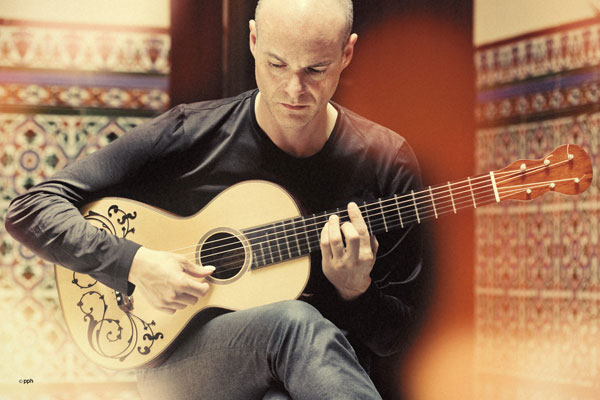 Ricardo Jesús Gallén García
studied guitar and ancient music at the Universities of Salzburg (Mozarteum) and Munich with the Masters Fisk, Eglhuber, Spiri, Gilbert, Huebscher and Clerch, graduating in 1999 in the Master Class (Konzertexam) at the Hochschule für Musik und Theater in Munich, Germany with Joaquín Clerch.
He has given recitals and played in concerts with more than 25 orchestras under the direction of well-known conductors such as Maximiliano Valdés, Juan José Mena, Sergiu Comisiona, Leo Brouwer, En Shao, Monica Huggett or Jordi Savall, throughout Europe and America, including Mexico, Costa Rica, Chile, Argentina, Cuba, the United States, Russia, Norway, Australia, New Zealand, Brazil, Egypt, Jor-dan, Lebanon and Israel, in concert halls like Royal Concertgebouw in Amsterdam, Auditorio Nacional in Madrid, Auditori and Palau de la Musica Catalana in Barce-lona, Schostakovich Hall in Saint Petersburg or Tchaikowsky Hall in Moscow.
Ricardo Gallén García has recorded many works for the state radio and televisions in Spain, Finland, Belgium, Romania, Germany, Cuba, Mexico, Poland, Chile, South Korea, Hungary Australia and Bulgaria. Presently on the market are his first five Cds recorded for NAXOS, in which he performs music by Giuliani, Brouwer, Take-mitsu, etc., as well as all of the concerts for guitar and orchestra by the Spanish master Joaquín Rodrigo. His first recording was among NAXOS' 50 top-selling re-cords for 2001, and received sensational reviews in the specialized press. His sixth Cd (double cd) with the Bach Complete Lute Suites was released by Sunnyside Re-cords in New York in June 2013.
He was featured on the cover of the August, 2000 issue of 'Classical Guitar Maga-zine' in which he was interviewed by Cecilia Rodrigo, Joaquin Rodrigo's daughter. His biographical information has been included, among others, in the fifth edition of The Classical Guitar: It's Evolution, Players and Personalities Since 1800, written by the director of the Ashley Mark Publishing Company, Maurice J. Summerfield.
Ricardo Jesús Gallén García has received over twenty international prizes, includ-ing: 1st Prize at the 32nd Markneukirchen International Instrumental Competition 1997, in Markneukirchen, Germany, 1st Prize and a Special Prize for the best in-terpretation of the works of Enrique Igoa at the 14th Andres Segovia International Classical Guitar Competition 1998 held in La Herradura, Granada, 1st Prize at the 4th Alhambra International Guitar Competition 1998, 1st Prize and the Special Audience Prize at the 33rd Francisco Tárrega International Guitar Contest 1999, 1st Prize and five Special Prizes (Best Interpretation of a Cuban work, the Leo Brouwer Special Prize, the Cuban National Union of Writers and Artists Musicians Association Prize, the Music Recording and Publishing Company Prize and the Cu-ban Radio and Television Institute Prize) at the 11th International Guitar Competi-tion held in Havana, Cuba in 2002.
He was Eliot Fisk’s Assistant Professor in “Mozarteum” University in Salzburg for five years and he is currently Professor at the HFM “Franz Liszt” in Weimar, Germany.
Recently he got the “Andres Segovia” Medal Award given by the Andres Segovia Foundation in Spain.