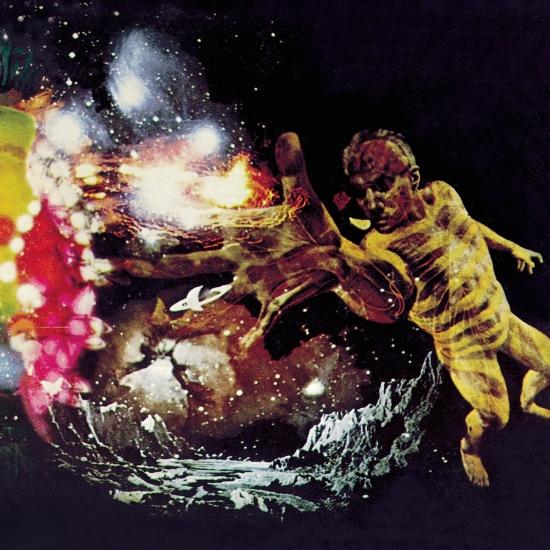 'Santana III' is an album of lasts. It was the last album recorded with the original Woodstock-line up and the last to hit #1 in the Billboard charts until 1999's 'Supernatural'. But there are also a number of important firsts on this album; Coke Escovedo joins in for the first time on percussion, as does Neal Schon (Journey) - a mere seventeen when they recorded the album - on guitar. Santana III is seen by many as the band's commercial and creative highpoint.
The band sounds darker, more raw, and more eager with the doubling up on guitar of Schon's rock'n'roll sensibilities and Santana's ecstatic high notes and soulful fills. Escovedo's and Chepito's percussion is as fast as it is furious, and the minimal production adds greatly to the timeless appeal of this album. For this 180grams audiophile double LP edition we have added four bonus tracks that were originally recorded in the same period as Santanta III but have never appeared on vinyl before. They add an extra drive to an already compelling album, that extra spark to the powder keg that is the explosive Santana!
'Completes a trilogy of tightly constructed, exciting band albums filled with percolating, multirhythmic percussion and fiery guitar work. The last album that is the work of the Woodstock-era Santana band.' (Rolling Stone)
'...Sony Legacy's sonic wizards have made...[Santana's] first three albums reappear, each appended with additional live recordings....epochal works...an explosive fusion of Hispanic-edged rock, Afro-Caribbean rhythms, and interstellar improvisation...' (Musician)
Carlos Santana, guitar, vocals
Neal Schon, guitar
Gregg Rolie, keyboards, piano, lead vocals
David Brown, bass
Michael Shrieve, drums, percussion
José 'Chepito' Areas, percussion, conga, timbales, drums
Mike Carabello, percussion, conga, tambourine, vocals
Additional musicians:
Rico Reyes, percussion, vocals, lead vocals (on 'Guajira“)
Thomas 'Coke' Escovedo, percussion, vocals
Luis Gasca, trumpet (on 'Para Los Rumberos“)
Mario Ochoa, piano solo (on 'Guajira“)
Tower of Power, horn section (on 'Everybody's Everything“)
Linda Tillery, background vocals
Greg Errico, tambourine
Recorded from January – July 4, 1971 at Columbia Studios, San Francisco
Engineered by John Fiore, David Brown
Produced by Carlos Santana and the band
Digitally remastered