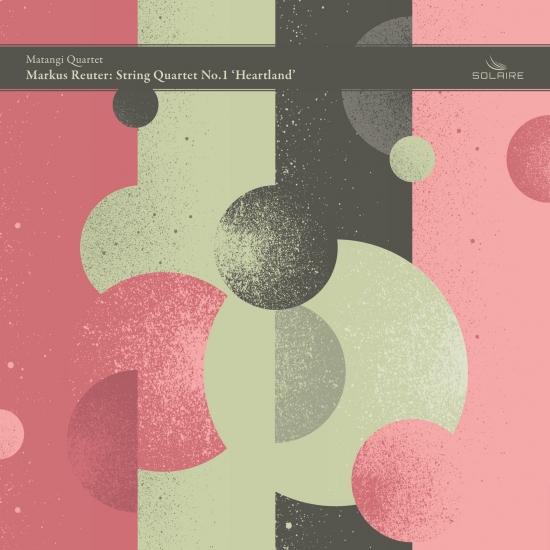 After years of preparation and planning, Solaire Records is proud and excited to present 'Heartland', Markus Reuter's first string quartet. The album sees Markus further explore his algorithmically-supported composing technique to create a sonic language that will surprise even long-standing supporters.
After spending months listening to most of music history's major string quartets, Markus ultimately decided to break with tradition and approach things from an entirely unique angle. Working closely with Oval's Markus Popp, the tracks were built using a pool of self-referential musical fractals. By combining them into deeply layered structures, every single bar of music is related to what precedes and follows it, even though there is not a single mechanical repetition in these pieces.
Performed by the prestigious Matangi Quartet and recorded by award-winning producer Dirk Fischer, Heartland is a journey to the borders of melody and harmony: Driving, sensual, serene and moving.
My idea is to write my first “String Quartet”, meaning a cycle of string quartet pieces. I see the music as an “album” in the traditional sense, not just a compilation of pieces. The goal is not to get them premiered/performed first, but to record them in a beautiful way with classical music producer and label owner Dirk Fischer of Solaire Records, Berlin. The music will get presented as a Deluxe Edition CD with beautiful artwork and a thick booklet with extensive liner notes written by Dirk's brother, music journalist Tobias Fischer. The official album release is scheduled for March/April 2019.
In addition we are looking at getting the scores published so that string quartets world-wide will have access to these pieces. Individual sections will also work as standalone compositions, which may increase the chances of this music to get played in public at some point.
Dirk suggested the Dutch “Matangi Quartet” as the string quartet to actually perform and record these pieces. He played them some of my other music and they liked it and have agreed on a recording date in mid-October.
I do feel very inspired to do this work, and in terms of my development as a composer I see this as an important step. However, I'm actually feeling slighty intimidated by the prospect of writing this music. Recently I've been rather disappointed with the music that is being made by my peers, and I would like to do something more uncompromising, but I have no clear answer yet what that means in practice. I'm in research mode at the moment, working with a rather new kind of musical raw material.
Anyway, thank you very much for considering to support this project. I'm excited and curious... (Markus Reuter)
Matangi Quartet:
Maria-Paula Majoor, violin I
Daniel Torrico Menacho, violin II
Karsten Kleijer, viola
Arno van der Vuurst, violoncello