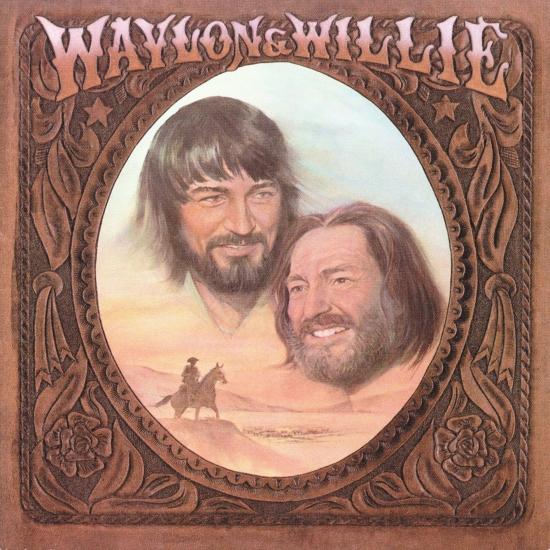 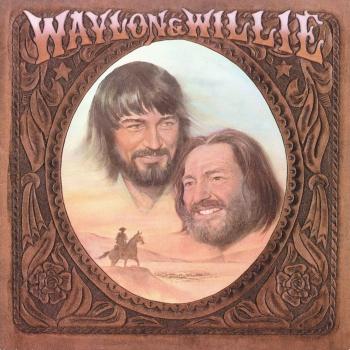 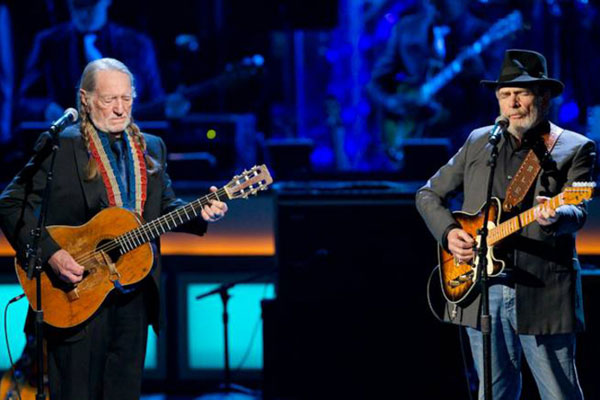 Willie Nelson
With a six-decade career and a catalog of more than 200 albums to his credit, the iconic Texas singer-songwriter Willie Nelsonhas earned a permanent position in pop music’s pantheon with songs combining the sophistication of Tin Pan Alley with the rough-and-tumble grit and emotional honesty of country music. He brought pop and country together on the radio in the early 1960s with unforgettable songs like “Crazy” (Patsy Cline), “Hello Walls” (Faron Young), “Funny How Time Slips Away” (Billy Walker), “Night Life” (Ray Price) and others and, by the mid-1970s, had become a superstar in his own right as a prime mover of a revolutionary and thriving outlaw country music scene. The Red Headed Stranger, Willie’s first album for Columbia Records in 1975, catapulted the artist to the front ranks of popularity, making his a name familiar in country and city households across America and around-the-world.
A seven-time Grammy Award winner, Willie Nelson has received numerous accolades including American Music Awards, Academy of Country Music Awards, Country Music Association Awards and others. He is a co-founder of Farm Aid, an annual series of fundraising events which began as an all-star benefit concert in 1985 to raise money for American family farmers. He continues to lobby against horse slaughter and produces his own blend of biodiesel fuel. An old-school road-dog troubadour with new school wheels, Willie plays concerts year-round, tirelessly touring on Honeysuckle Rose III (he rode his first two buses into the ground), taking his music and fans to places that are always worth the ride.
The very first musician to perform on the premiere episode of Austin City Limits in 1974, Willie Nelson was inducted into the inaugural class of the Austin City Limits Hall of Fame by fellow Texan Matthew McConaughey on Saturday, April 26, 2014. “There would be no Austin City Limits without Willie Nelson,” McConaughey told the audience assembled at the University of Texas at Austin, the original home of what is now America’s longest-running televised music program.
Willie Nelson, who turned 81 on April 29/April 30, is an American original, a sublime singer, master tunesmith and outlaw country’s most enduring archetype.
Merle Haggard
As a performer and a songwriter, Merle Haggard was the most important country artist to emerge in the 1960s, and he became one of the leading figures of the Bakersfield country scene in the '60s. While his music remained hardcore country, he pushed the boundaries of the music quite far. Like his idol, Bob Wills, his music was a melting pot that drew from all forms of traditional American music — country, jazz, blues, and folk — and in the process, developed a distinctive style of his own. As a performer, singer, and musician, he was one of the best, influencing countless other artists. Not coincidentally, he was the best singer/songwriter in country music since Hank Williams, writing a body of songs that became classics. Throughout his career, Haggard has been a champion of the working man, largely due to his rough and tumble history.
It's impossible to separate Haggard's music from his life. He was born to James and Flossie Haggard on April 6, 1937. His parents moved from Oklahoma to California during the Great Depression, converting an old boxcar into a home. Before their marriage, James played fiddle in local honky tonk bars. Flossie was a member of the Church of Christ, which led to her forcing her husband to stop playing the honky tonks. James died from a brain tumor when Merle was nine years old. After his father's death, Merle became rebellious. In an attempt to straighten her son out, his mother put him in several juvenile detention centers, but it had little effect on Merle's behavior. As a teenager, he fell in love with country music, particularly Bob Wills, Lefty Frizzell, and Hank Williams. When he was 12 years old, Haggard was given his first guitar by his older brother; Merle taught himself how to play by listening to records that were lying around the house.
Even though he had begun to pursue music, Haggard continued to rebel, running away with his friend Bob Teague to Texas when he was 14 years old. A few months later, the pair returned to California, where they were arrested as robbery suspects. After the real thieves were caught, Haggard was sent back to juvenile hall, but he and Teague took off to Modesto, CA. For a brief time, he did manual labor, was a short-order cook, drove a truck, and committed a series of small crimes. Soon after he moved to Modesto, Haggard made his performing debut with Teague at a bar named the Fun Center; the two were paid five dollars and given all the beer that they could drink.
By the end of 1951, Haggard had returned home and he was again arrested for truancy, as well as petty larceny. In the beginning of 1952, he was sent to Fred C. Nelles School for Boys in Whittier, CA; again, he ran away. This time, the courts decided he was incorrigible and sent him to the high-security Preston School of Industry; he was released after 15 months. Shortly after his release, he and a boy he met at PSI beat up a local boy during an attempted robbery, and Haggard was sent back to PSI. Visit homepage: www.merlehaggard.com/bio/