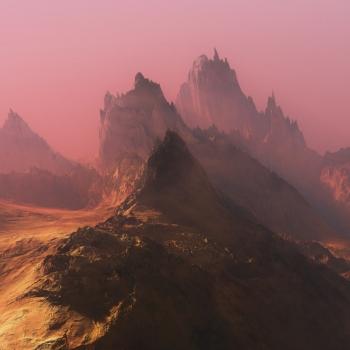 The Order Of Nature

Jim James
has spent the better part of almost two decades as the lead singer and songwriter of My Morning Jacket. Through six studio albums, My Morning Jacket has grown into one of the most acclaimed rock and roll bands in the world. Alongside the band’s recording and touring, James has maintained a steady, bordering on voracious, flow of work. In 2009, he released the Tribute to EP, with his versions of six George Harrison songs. He has also lent his voice to albums by the likes of the Decemberists, the Roots, America, Booker T. Jones, and the Preservation Hall Jazz Band, and recorded and toured with the Monsters of Folk—which teamed him up with Conor Oberst, M. Ward, and Mike Mogis—and participated in the Woody Guthrie tribute album New Multitudes alongside Jay Farrar, Will Johnson, and Anders Parker. In 2013, James will release his debut solo album, Regions of Light and Sound of God. The album demonstrates James’ soulful songwriting, his captivating voice and showcases his talents as both a producer and engineer.
The Louisville Orchestra
under Music Director Teddy Abrams, performs more than 60 concerts annually throughout the greater Louisville metro. With a primary performance venue of the Kentucky Center for the Performing Arts (501 W. Main, downtown Louisville), the LO offers a variety of orchestral concerts including music from the classical tradition, symphony pops, family concerts and a wide range of "cross-over" and non-traditional music of our time.
Founded in 1937, the Louisville Orchestra also serves our community through educational concerts -- both the beloved MakingMUSIC concerts for school children and a variety of ensembles and masterclasses offered in schools. The LO also performs with Kentucky Opera and Louisville Ballet annually.
The musicians of the Louisville Orchestra live and work in our community and many are active as solo and ensemble performers, as well as teachers.
Teddy Abrams
leads the Brown-Forman Signature Classics Series offers a variety of orchestral music from the famous war-horses, to new commissions.
The LO Pops Series is curated by Principal Pops Conductor, Bob Bernhardt and features an array of popular music.
based on the Classics Series, the Hilliard Lyons Coffee Concerts are shorter, Friday matinee performances.
The Harshaw Trane Family series is geared toward kids between 5-12 and their adults.
Republic Bank Music Without Borders Series brings great music into YOUR Neighborhood, in smaller venues like churches and community centers, we can bring the music to the people.
In the Film Series the LO will present popular movies such as Harry Potter and Star Wars on a 40-foot screen while the soundtrack is performed LIVE.