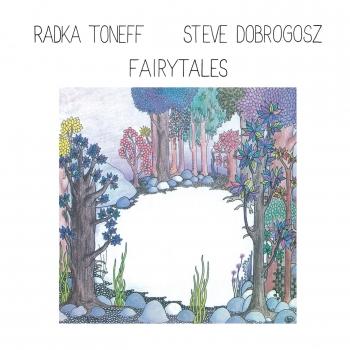 Radka Toneff (1952-1982)
A Norwegian jazz vocalist of legendary stature, Radka Toneff made her award-winning album debut in 1977 and recorded only three albums during her lifetime, which was cut short by her tragic death in 1982. Born on June 25, 1952, in Oslo, Norway, she is the daughter of a Bulgarian folksinger and studied at the Oslo Musikkonservatorium from 1971 to 1975. After founding the Radka Toneff Quintet, whose membership included Arild Andersen (bass), Jon Balke (piano), and Jon Eberson (guitar), among others, she made her solo album debut in 1977 with Winter Poem, an English-language effort. Highly acclaimed, the album was awarded a Spellemannprisen (i.e., Norwegian Grammy) in 1977 for Vocal Album of the Year and was a Top 20 hit on the Norwegian albums chart. The follow-up album, It Don't Come Easy (1979), also featured the Radka Toneff Quintet while her third album, Fairy Tales (1982), was a collaboration with pianist Steve Dobrogosz. Tragically, Toneff died on October 21, 1982, in what was officially declared a suicide, though some have argued that her death was accidental. Over the years that followed, Toneff's stature rose to that of legend, and posthumous releases such as Some Time Ago: A Collection of Her Finest Moments (2003) and Butterfly (2008) proved remarkably popular, reaching the Top Five and Top Ten, respectively. Another posthumous release, Live in Hamburg (1992), is a latter-day concert recording from 1981 featuring herself alongside Steve Dobrogosz (piano), Arild Andersen (bass), and Alex Riel (drums). (Jason Birchmeier, AMG)
Steve Dobrogosz
grew up in the American south (Raleigh, NC), trained as a classical pianist but more interested in the popular music of the day. While studyiing jazz at the Berklee College of Music in Boston, he met his Swedish wife and in 1978 moved to Stockholm, quickly becoming active in Sweden's jazz scene with his Steve Dobrogosz Trio and as a sideman with popular Scandinavian jazz groups. In the mid 80s he decided to focus on his main interest, songwriting, and began a series of successful vocal collaborations (among others, the “Anthology” collection with singer Berit Andersson), while also venturing into choral composition and notated music for orchestra.
Dobrogosz’s production (now over 1400 pieces) incorporates such a wide variety of genres that describing his style, or marketing it, is difficult, though “tonal lyricism” comes close. His oeuvre now includes everything from a 2-hour oratorio of Shakespeare sonnets, a symphony, a choral Requiem and several Masses, an oboe concerto and other Americana, to gritty rock piano albums, a pop-jazz songbook, romantic background music, Irish jigs, bluegrass fiddle, a book of jazz charts and songs for Spanish guitar.
His 1982 duo album with singer Radka Toneff "Fairy Tales” is widely regarded as a classic and was voted all-time Best Norweigian Album in an artists poll. Dobrogosz’s choral piece “Mass” (1992) has been performed in 45 countries and is now a staple in the international choral repertoire. His 2006-2008 recordings with singer Anna Christoffersson recieved two Swedish Grammy nominations and critical acclaim. The Gothenburg Post compared his music to Gershwin and Porter, writing "Dobrogosz's songs are melodic masterpieces, with a harmonic sophistication seldom found in music today.”
"Dobrogosz does not play complicated, but each tone is meaningful and the keyboard is a seamless extension of what must be spirit in conjunction with matter... Steve Dobrogosz plays in an alloy of genres without clichés in a way that is almost shockingly complete" - Lira Magazine