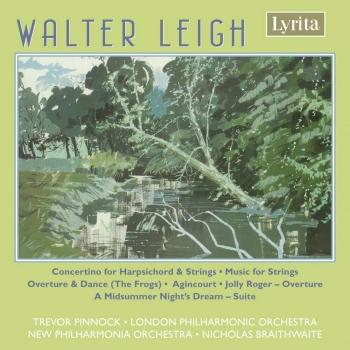 Trevor Pinnock
pioneered performance on historical instruments with his orchestra The English Concert, which he founded in 1972. Since 2003 he has divided his time between conducting, solo, chamber music and educational projects.
He regularly works with the Koninklijk Concertgebouworkest Amsterdam, the Deutsche Kammerphiharmonie Bremen and the Mozarteum Orchestra Salzburg. Frequent chamber music partners include flautist Emmanuel Pahud, viola da gamba player Jonathan Manson and violinists Sophie Gent and Matthew Truscott.
In 2019 he will direct Bach’s St Matthew Passion at the Royal Academy and also at the National Arts Centre in Ottawa, where he was formerly music director, and in Scotland with the Dunedin Consort. At the Sanssouci Palace, Potsdam, he conducts Frederic Wake-Walker’s production of La Clemenza di Tito will tour Messiah with Freiburger Barockorchester.
Recent recordings include two solo recordings, Louis Couperin harpsichord works and a recital ‘Journey - 200 years of harpsichord music’; CPE Bach Flute Concertos with Emmanuel Pahud and the Kammerakademie Potsdam; Mozart’s Gran Partita for winds and Haydn Notturno with the Royal Academy of Music Soloists.
In 2006 Pinnock founded the European Brandenburg Ensemble to celebrate his 60th birthday. Their recording of Bach’s Brandenburg Concertos on the Avie label was awarded a 2008 Gramophone prize.
Trevor Pinnock is President of the Faversham Music Club in Kent, which puts on a number of popular concerts and social events each year.
Honorary doctorates: University of Ottawa (D. University) in 1993, University of Kent (DMus) in 1995, University of Sheffield (DMus) in 2005 and University of London (DMus honoris causa) in 2016.
He was made a Commander of the Order of the British Empire in the Queen's Birthday Honours in 1992 and an Officier of the French Ordre des Arts et des Lettres in 1998.