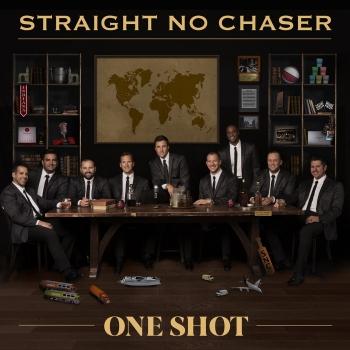 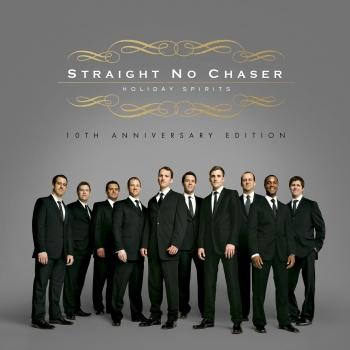 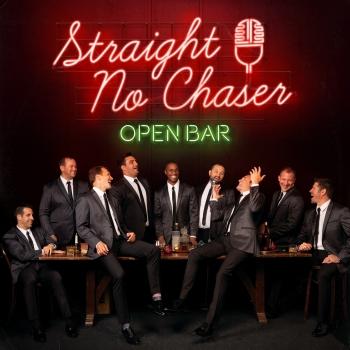 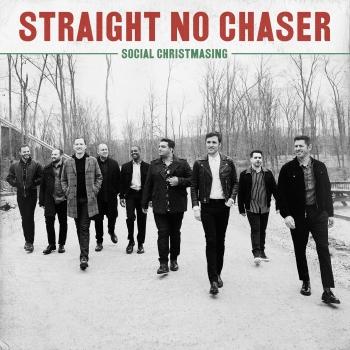 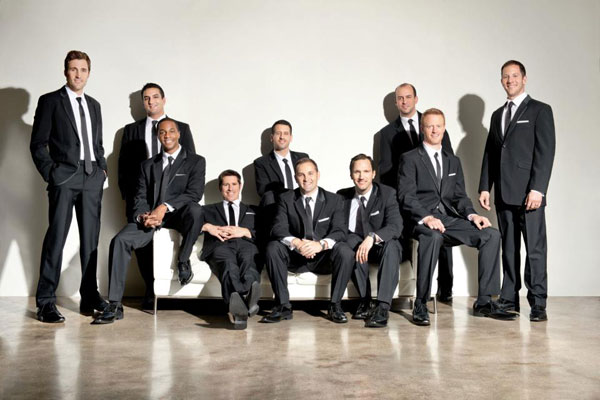 Straight No Chaser
If the phrase “male a cappella group” conjures up an image of students in blue blazers, ties, and khakis singing traditional college songs on ivied campuses… think again. Straight No Chaser (SNC) are neither strait-laced nor straight-faced, but neither are they vaudeville-style kitsch. As original member Randy Stine comments, “We take the music very seriously; we just don’t take ourselves too seriously.” In the process, they are reinventing the idea of a cappella on the modern pop landscape.
Originally formed over a dozen years ago while students together at Indiana University, the group has reassembled and reemerged as a phenomenon - with a massive fanbase, more than 20 million views on YouTube, numerous national TV appearances, and proven success with two holiday releases, 2008’s HOLIDAY SPIRITS and 2009’s CHRISTMAS CHEERS as well as WITH A TWIST, released this spring. In an era when so much pop music is the product of digital processing and vocal pro-tooling, Straight No Chaser is the real deal - the captivating sound of ten unadulterated human voices coming together to make extraordinary music that is moving people in a fundamental sense… and with a sense of humor. WITH A TWIST marked Straight No Chaser’s first full-length departure from holiday music, and marked the group’s highest debut on the Billboard 200 to date, at #29. Christmas, however, has been good for SNC. The group's 2008 debut, HOLIDAY SPIRITS, hit No. 4 on Billboard's Top Holiday Albums chart and spent two weeks in the No. 1 slot on Amazon and five days atop the iTunes sales chart. Its version of "The 12 Days of Christmas," which incorporates Toto's "Africa," went Top 5 on the Adult Contemporary chart and was Top 10 on the Christmas radio chart. The subsequent CHRISTMAS CHEERS in 2009 was No. 6 Top Holiday Albums and rolled into the Billboard 200 at No. 38, while "The Christmas Can-Can" kicked its way to No. 18 on the Adult Contemporary Tracks chart.
This fall, Straight No Chaser bundled the albums HOLIDAY SPIRITS and CHRISTMAS CHEERS with a never-before-commercially released DVD, “Live In New York: Holiday Edition” to create ALL I WANT FOR CHRISTMAS, a 2-CD and DVD box set.
On the road, Straight No Chaser has built a reputation as an unforgettable live act. By the end of 2010, the group will have sold more than 225,000 tickets to 160 shows, more than half of which sold out in advance. Over the summer, the group held a hugely successful residency at Harrah’s Resort Atlantic City, where they performed 40 shows in 8 weeks. Although the constant traveling takes its toll, the members of SNC maintain that every night, the direct connection with their fans reinvigorates them.
Even after all the success, the members of Straight No Chaser don’t take anything for granted: “To think that the ten of us could go our separate ways after college, start professional lives, and then commit to putting SNC back together after all these years is nothing short of a minor miracle,” said original member Charlie Mechling. “With each opportunity to perform that comes our way, we are reminded of how fortunate and blessed we are to be able to do what we love to do."
The group originally came together in the fall of 1996 at IU, basically as "10 guys who happened to be good friends who also liked to sing." Choosing the members carefully for personality as well as vocal talent - Stine, Mechling, Jerome Collins, David Roberts and Walter Chase remain from the original lineup -- SNC set itself apart from other a cappella groups with its contemporary repertoire and dynamic approach, quickly headlining concerts both in Bloomington and on road dates. SNC recorded three independent albums, and John Mellencamp even invited the group to his home for a private performance.
When the founders began graduating in 1999 and went on to jobs mostly outside of music, they chose replacements and established SNC as an ongoing group on campus with future generations of ambitious IU undergrads. More than 50 members have passed through the group's ranks so far. Such was the impact SNC made at IU that the school hosted a 10th anniversary reunion show for the original lineup in 2006, and when Stine posted clips from a 1998 concert on YouTube, SNC's fan base grew exponentially. In 2007 alone, the group's version of "The 12 Days of Christmas" was viewed more than seven million times. Today that number has surpassed 11 million, and the group’s cumulative YouTube views clock in at more than 25 million.
Among those viewers was Atlantic Chairman/CEO Craig Kallman, who found SNC's music "brilliant, fresh and totally compelling." Kallman e-mailed Stine, who initially thought it was a prank but thought otherwise when he was whisked to Los Angeles to meet with the label chief. A few days later, the entire group was in New York City to sign its recording deal. The current incarnation of SNC includes later members of the group, including Michael Luginbill, Seggie Isho, Don Nottingham, and Tyler Trepp. "A music career was definitely not on my radar; getting the guys back together, not just for someone’s wedding or bachelor party, but to spend the majority of the year together touring and recording, is a dream come true." Stine says. "I pinch myself all the time and hope it continues and becomes a longstanding career."