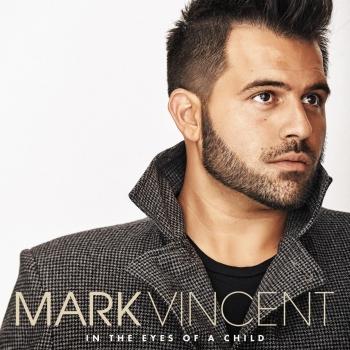 In the Eyes of a Child 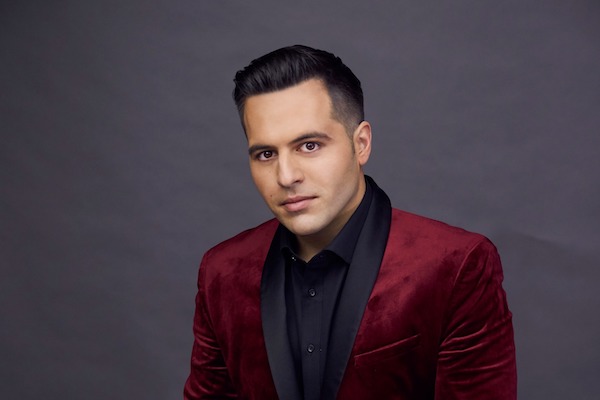 Mark Vincent
Completing his HSC in 2011, Mark has embraced tertiary studies whilst continuing his recording and performing career. Mark is a full time student at the Australian Institute of Music where he is studying everything from song writing to dance. He has found a new passion for musical theatre and hopes to branch further into that world. Yet his feet are still firmly on the ground. His heart always connected to his much loved family and genuine affinity to his fans which is endearing and true. Despite the success of his five albums, Mark declares his favourite pastimes to be simple ones: hanging out with his buddies, enjoying the company of older folk, and delving - for the first time - into the possibility of young romance. And of course, singing. Always singing - his first, last, undying passion. It's something stamped in his DNA, the blueprint to his life. "Music is in me. You know, when you're born with something inherently in you? I think we are all born with a voice capable of singing, but not everyone has it in them to use it. "I grew up listening to all the beautiful arias, and I feel that when I sing, I really am the happiest guy on earth. All my troubles are gone. And you know, many people have a great voice, an exceptional voice even, but what's missing is the storytelling. It's not just about singing notes it's always, always about telling a story". Mark's own story remains a remarkable one. The Sutherland Shire-raised young man won the third series of 'Australia's Got Talent' in 2009 (an experience he has described as "surreal, amazing") and soon he was signed to the Sony Music record label - and the world really sat up to take notice. His first album 'Mio Visione - My Dream', captured the hearts of many and he has continued to do so with his following four albums 'Compass', 'The Great Tenor Songbook', 'Songs from the Heart' and most recently 'The Quartet Sessions'. In amongst all that he has appeared on stage alongside Whitney Houston, Katherine Jenkins, The Priests and Kate Ceberano. His star continues to rise - indeed, it seems it is only the start of his stratospheric ascent. On his current album "The Quartet Sessions' he once again showcases his singing talent. His voice has a depth and clarity which belies his years, songs which appear on the album such as the beautiful rendition of 'Besame Mucho' and 'Viva La Vida' clearly illustrate this and truly showcase his innate, God-given gift. 'The Quartet Sessions' is a collection of enduring classics (including 'Burn for You' and 'Runaway'), tracks from iconic musicals such as West Side Story and Les Miserables, as well an assortment of contemporary songs such as 'Halo' and 'Jar of Hearts'. For Mark, singing a collection of classics and contemporary songs was aimed to inspire a youthful audience. "The new record features a variety of songs. It has quite a different feel to my previous records. I've taken a few pop songs and given them a classical feel. I'm hoping to also appeal to the younger generation". Mark again teamed up with conductor/producer, friend and mentor Chong Lim, backed by the glorious sound of a string quartet. "A lot of the songs we were doing were written for forty piece orchestras; they're big songs. Chong and I had to find a way to adapt them for four string players". The end result is a collection of songs which move, tell a story, and have the ability to resonate amongst generations; it's exactly what Mark aimed to achieve. "I say to people of my generation - give this music a chance, because you will be surprised at how it can move you, speak to you. These are songs which have the ability to transcend several generations, and their lyrics are simply timeless". And then of course there is Mark the performer. The ultimate showman, the consummate professional. His utter ardour for connecting with the people he is performing for - you get a sense it's what he lives for. "When you're in front of an audience, they're silently cheering you on, and your adrenaline is through the roof, and you want to deliver the song while telling the story". Indeed, standing ovations are commonplace at a Mark Vincent show. "I am emotionally connected to each of the songs I sing, and at a recent show I sang 'My Way' - just introducing it to the crowd moved me to tears. The audience stood and cheered, which moved me even more. I was once told by a producer that a standing ovation should be taken all in, enjoyed in the moment. And that's what I did. I was told later it was the way I sang the songs which told that story. I think that's what singing is all about. Telling a story. Making people think. Bringing a tear to their eye. I always feel twenty kilos lighter after belting out a tune. Singing, for me, is like therapy. And likewise, if I'm down I'll put on a song. It's beyond uplifting - it's what keeps me going". And continuing to deliver is what we want Mark to do. To carry on gracing the world with his dulcet tones, to keep showcasing old school classics laced with the Mark Vincent slant. It's what he wants; it's what his fans want. And Mark Vincent - with the world at his feet - is ready again to give all that…and more.