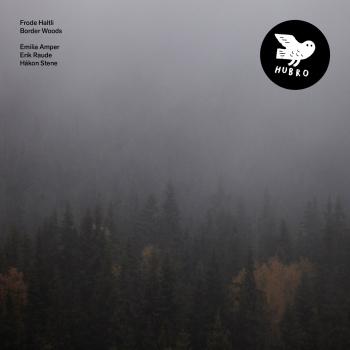 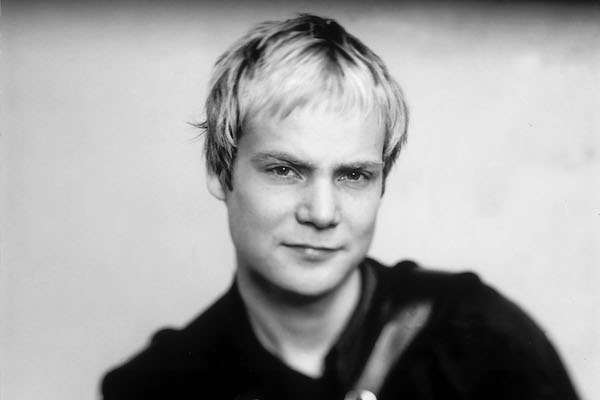 Frode Haltli
(b. 1975, Norway) began playing the accordion at the age of seven. As a child he played folk music but soon moved into different forms. Playing music by composers such as Pietr Fiala, Per Nørgård, Arne Nordheim as well as classical music, he swiftly developed exceptional instrumental skills alongside a deep understanding of new music.
In his early years he won numerous national contests, raising interest in and appreciation of the accordion to unprecedented heights. Haltli studied at the Norwegian State Academy of Music, then at the Royal Danish Music Conservatory in Copenhagen, graduating in 2000. In 2001 the Norwegian Concert Institute named him Young Soloist Of The Year, he was also placed second in the International Gaudeamus Interpreters Competition 1999 in the Netherlands.
Concerts throughout Europe as well as several other parts of the world, including the USA, Canada and Asia, raised awareness still further. Directing his career into explorations of new music, he became associated with like-minded musicians mainly in Europe where the development of adventurous forms has grown throughout recent years.
Haltli has established links with several composers, notably Maja Solveig Kjelstrup Ratkje who is one of several who have written especially for him; others include Bent Sørensen, Rolf Wallin, Atli Ingólfsson, Hans Abrahamsen, Jo Kondo and Sam Hayden. He has also worked as a composer himself, making music for theatre plays, the commissioned work ‘The Border Woods’ (Osa Festival 2015), and together with Maja S.K. Ratkje he composed the music for Elifriede Jelinek’s ‘NEID’ (Bayerischer Rundfunk 2011).
Haltli has a broad repertoire of contemporary classical works, including several concertos for the accordion, appearing with string orchestras, sinfoniettas and symphonic orchestras world wide. He has also cooperated with several string quartets.
His debut CD ‘Looking on Darkness’ was released on the prestiguos German record label ECM in 2002. It was very well recieved, Hilary Finch in the BBC Music Magazine wrote: ‘Still in his twenties, the young Norwegian accordionist Frode Haltli is clearly a performer of comparable gifts and imagination, whose astonishing virtuosity has inspired many Scandinavian composers. This debut solo presents five challenging new works which explore the furthest sonic regions of the instrument.’
Haltli released ‘Arne Nordheim Complete Accordion Works’ (Simax 2012) to great critical acclaim, followed by ‘Vagabonde Blu’ (Hubro 2014), a live solo recording from the Emanuel Vigeland Mausoleum featuring works by Salvatore Sciarrino, Aldo Clementi and Arne Nordheim. On the album ‘Air’ (ECM 2016) he recorded music for accordion and strings by Hans Abrahamsen and Bent Sørensen with the Arditti Quartet and the Trondheim Soloists.
Since 1999 he has played regularly with the trio POING, alongside saxophonist Rolf-Erik Nystrøm and double bass player Håkon Thelin. They have commissioned close to a 100 works from composers all over the world and recorded several albums.
Trygve Seim has been an important associate of Haltli since he joined Seim’s large ensemble in 2000 and made contributions to the records ‘The Source and Different Cikadas’ (2002) and ‘Sangam’ (ECM 2004). Since the release of their duo album “Yeraz” (ECM 2008) they have toured frequently together in a duo format, but also with Seim’s quartet ‘Rumi Songs’ (ECM 2016) and in other combinations.
Frode Haltli has developed several transcultural music projects, in India, China, Japan, North Korea, Egypt. He has also played music rooted in Norwegian traditional music, notably with RUSK in which he is teamed with singer Unni Løvlid and violinist Vegar Vårdal.
On his 2007 recording ’Passing Images’ (ECM), Haltli is joined by trumpeter Arve Henriksen, viola player Garth Knox, and vocalist Maja Solveig Kjelstrup Ratkje, for a selection of lyrical explorations of folk themes couched in the form of contemporary improvised music.
This theme and combination of old and new music is further delevoped in duo with Norwegian violinist Gjermund Larsen, in The Snowflake Trio with Irish flute player Nuala Kennedy and Norwegian fiddler Vegar Vårdal, as well as in a trio with fiddle player Ragnhild Furebotten and the Swedish nyckelharpa player Emilia Amper.
Frode Haltli has held master classes at music academies in Copenhagen, Oslo, Graz, Lucerne, Lodz and at at number of festivals. From 2011 to 2017 he was teaching accordion at the Norwegian Academy of Music in Oslo, but is today a full-time freelance musicians and composer based in Svartskog, Norway.