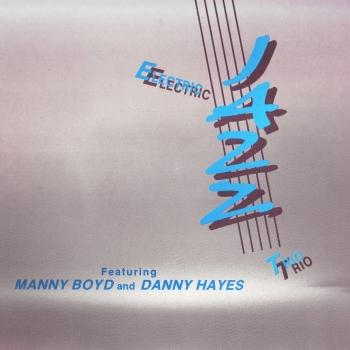 Theo Kapilidis
guitar player and composer, was born in Greece. He was lucky enough to grow up in a very musical family. During his childhood years, he spent a lot of time in his father’s record store where he was exposed to Jazz early on. At age 12, Theo gave up the piano in order to focus on the guitar. At age 24, he had successfully completed five years of study at the Swiss Jazz School in Berne.
After graduating, Theo played countless concerts and had a hand in various other projects. In 1985, he returned to his home town where he worked as a studio musician and was a teacher at the Synchrono Conservatory of Thessaloniki. At the same time, he did his first recordings with the Electric Jazz Trio.
After returning to Switzerland in 1990, Theo has worked with various well-known Jazz musicians, among them Heiri Känzig, Rätus Flisch, Michael Zisman, Chris Wiesendanger, Tony Renold, Daniel Schenker, and Herbie Kopf. Also, he played in Bands with famous artists such as Manny Boyd, Danny Heyes, Keith Copeland, Johnny Vidacovich, and Matthieu Michel.
Theo is a teacher at the Zurich Hochschule der Künste. As a bandleader, he has just recorded a new CD called «Bright Shadows», featuring Will Winson on Sax, Rick Rosato on Bass, and Colin Stranahan on Drums. His musical interest lies in expression and in the combination of authenticity and pioneer spirit.
Nickos Kapilidis
He was born in Xanthi (a city up north in Greece) in 1955.His first musical Influences and his first encounter with Jazz, came at the age of eight years old at his father’s record store with the records: a) Art Blakey’s-Jazz Messengers Live (Savoy records) and b) The Cat by Jimmy Smith. At the following years he attended Music lessons for: Bouzouki (a popular Greek Instrument) Accordion, Trumpet, Flute, Piano, Theory and at the age of thirteen he started playing drums with various pop Rock bands as the band "Ahatis "at ’71 in the City Drama.
For several years, he was a member of the "Family band" with his father and his brothers playing Greek traditional music. He studied drums with: Stelios Fotakis (Thes/niki) Alekos Xristidis (Thes/niki) Mickey Earnshaw (Vancouver-Canada) Max Mariash (Chicago) Julian Vaughan (Thes/niki) and with Takis Barbas (Thes /niki). He had attended Clinics with Tony Williams, Jack de Johnette, Louie Bellson and Roy Burns. In 1985 He formed, with Kostas Pagonidis, The "Percussion Ensemble of Thessaloniki". During his carrier he had played with various bands in the styles of: Rock-Blues-Jazz-Fusion in various clubs in Greece, Switzerland, Germany and France. The last several years he had focused in the study of the "Greek Odd Rhythms "(5/8-7/8-9/8 etc) writing a book about this subject and forming the following bands: "Serious Fun" (1996) "Ebnus Jazz Quintet" (2000) And ‘’The Jazz Utopia" (2001) creating music, based on these rhythms. For the same reason he participate in the bands that formed by Olivier Gatto and Lydia Phillipovich playing Yugoslavian songs, with jazz arrangement. He had played with many Greek jazz musicians and Jazz Musicians from around the world as well as with Greek Composers and singers.