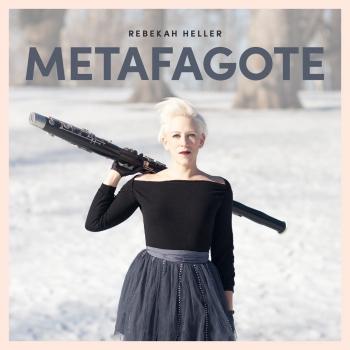 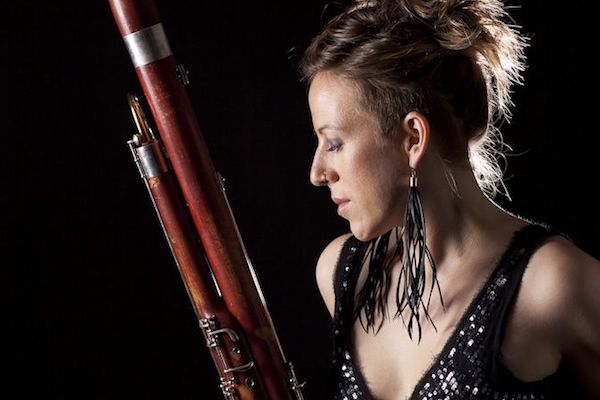 Rebekah Heller
Praised for her “flair” and “deftly illuminated” performances by The New York Times, bassoonist Rebekah Heller is a uniquely dynamic chamber, orchestral and solo musician. Equally comfortable playing established classical works and the newest of new music, Rebekah is a fiercely passionate advocate for the bassoon. Called an "impressive solo bassoonist" by The New Yorker, she is tirelessly committed to collaborating with composers to expand the modern repertoire for the instrument.
Her debut solo album of world premiere recordings, 100 names, has been called "pensive and potent" by the New York Times and was featured in the ArtsBeat Classical Playlist of the same publication. As a core member of the renowned International Contemporary Ensemble (ICE), Rebekah plays solo and chamber music all over the world. She has been a featured soloist with the Seattle Symphony Orchestra and the Nagoya Philharmonic and has performed in cities both near and far – including São Paolo, Rio, Manaus, Tokyo, Paris, Berlin, Köln, Salzburg, Chicago, New York, Boston, San Francisco, Minneapolis, and many, many more.
A graduate of the Oberlin Conservatory, Rebekah lives in New York City.
“It’s refreshing to hear the bassoon edging its way towards the sonic foreground in contemporary music. Anyone with doubts about how cool the instrument can be has perhaps not yet heard bassoonist and core member of ICE Rebekah Heller perform; in her hands, the oft-underappreciated woodwind is transformed into a fierce creature that cannot be ignored onstage. Whether the music being performed is a cadenza from a Mozart piece or a new work by an ICELab participant, she will make you wonder how you never noticed the instrument before.” — New Music Box