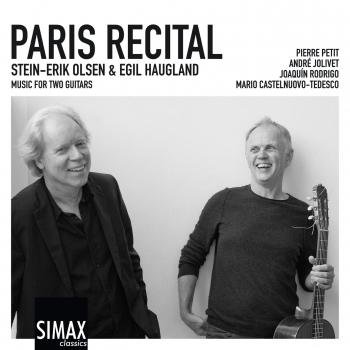 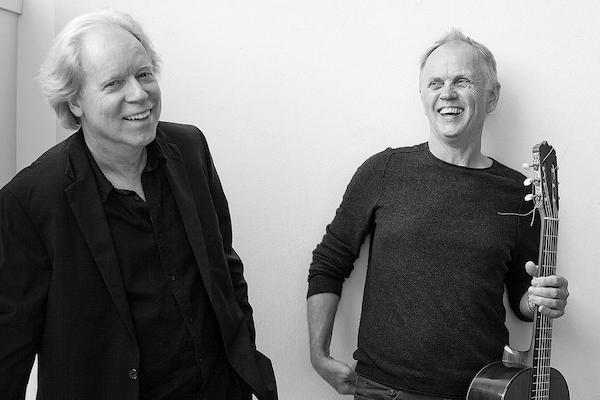 Stein-Erik Olsen
was educated at the Bergen Conservatory of Music and the Norwegian State Academy of Music, his post-graduate teachers have included Alexandre Lagoya, at the Concervatoire National Superieur de Musique de Paris, and the Czech pianist Jiri Hlinka.
His international career began in 1974, when he represented Norway in the Expo Norr Festival in Sweden, since when he has been invited to many other international festivals and has toured extensively, giving concerts - including concerto performances (among these, of course the Concierto de Aranjuez), appearing on radio and television throughout Europe, Great Britain, India and Korea.
In 1986 his debut recital in the Wigmore Hall, London, was rewarded with undiluted praise from the critics and his recordings have been similarly well received. Stein-Erik Olsen has had works written for him by eminent contemporary composers; Those by Ketil Hvoslef, Olav Berg, John Duarte, Nikita Koshkin and Stepan Rak are featured in his recordings for Simax.
Following his London debut Music & Musicians magazine commented: "He is a master of his craft and a genuine artist " and writing of his first recording Alice Artzt (New York) wrote: "The world of music must welcome him with open arms". Following his last solo recording the American critic William Zagorski (Fanfare) wrote: "I would install him in the pantheon of guitar greats somewhere near Julian Bream."
Stein-Erik Olsen, now a truly international guitarist of distinction currently teaches (Professor) at the Grieg Academy, Department of Music, University of Bergen, returning full circle to his "Alma matar" to teach others who hope to follow in his footsteps.
Egil Haugland
(b. 1959) is a guitarist, luthier and associate professor at Bergen University College. In addition to solo recordings he has participated in numerous recording projects with major artists in Norway. A luthier since 2000, Haugland has produced a television documentary on making and playing classical guitars. He has made several instruments with the great guitar maker José Luis Romanillos. In this recording of Seonveh, Haugland guitars are used by Njål Vindenes and Egil Haugland.