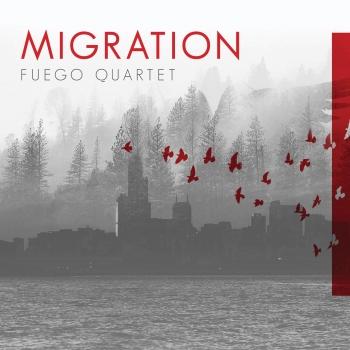 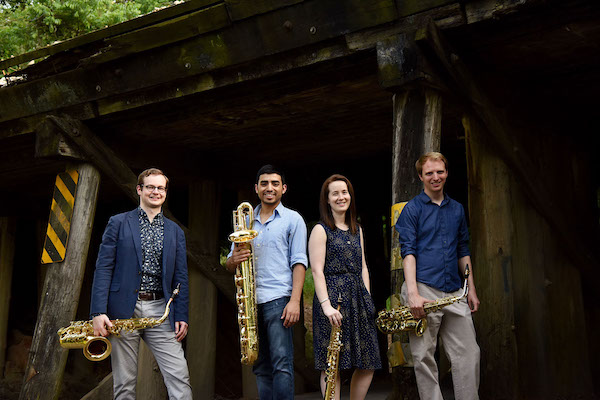 Fuego Quartet
Renowned for their award-winning performances, the Fuego Quartet is devoted to the performance of both standard and contemporary works for all audiences. Founded in 2015 at the Eastman School of Music, Fuego is passionate about community engagement and education, striving to bring new sounds into familiar spaces and introduce music of all types to audiences through friendly, creative, and informative performances. They have been successful in numerous competitions, including winning the 2017 Fischoff Gold Medal and prizes in the 2017 Plowman Chamber Music Competition and the MTNA National Chamber Music Competition.
Fuego has appeared around the world, having performed Zagreb Croatia at the 2018 World Saxophone Congress along with being a featured artist on the Dame Myra Hess Concert Series at the Chicago Cultural Center. Additionally they have given performances and masterclasses at the Eastman School of Music, University of Illinois, Michigan State University, University of North Florida, Brevard Music Center, Culver Academy, and Andrews University.
Fuego’s dedication to education and community engagement is a core part of their mission. The group has already reached a wide range of classrooms, campuses, and community centers, and they always schedule performances like these alongside more traditional venues. As part of their passion for community performances, Fuego has also given concerts at the Strong National Museum of Play, the Notre Dame Center for Arts and Culture, The George Eastman Museum, Phillis Wheatley Library, Susan B. Anthony Museum, Washington Square Concert Series, and [Col][lab].
Fuego has prioritized the creation of new music through commissions and collaborations. Their first commission of ASCAP Morton Gould Young Composer Award Winner Clay Mettens, entitled Ornithology S, received performances at both the North American Saxophone Alliance Biennial Conference and the World Saxophone Congress. Fuego has also participated in commission consortiums with composers Mischa Zupko and Ted King-Smith.