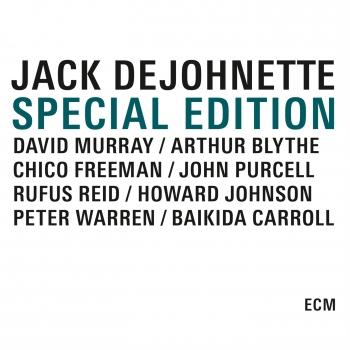 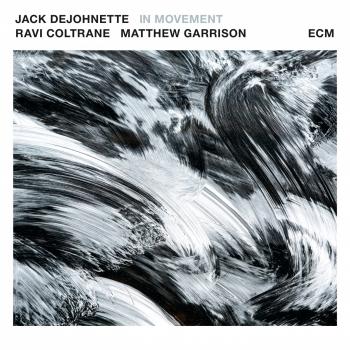 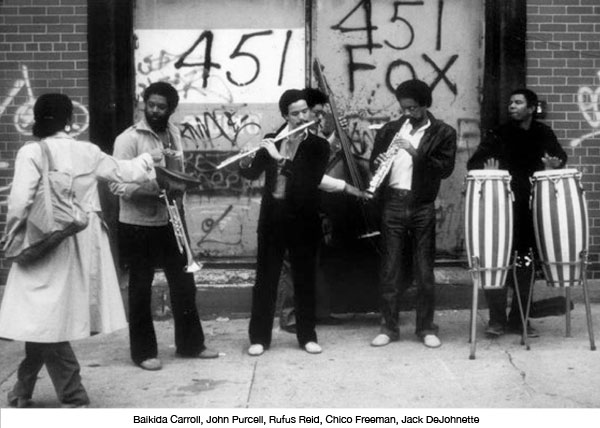 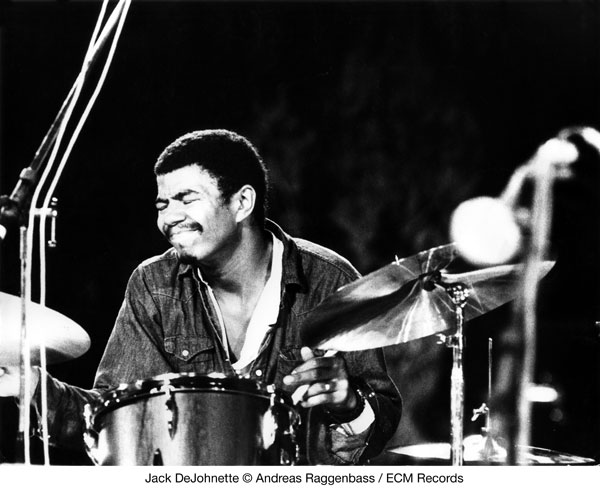 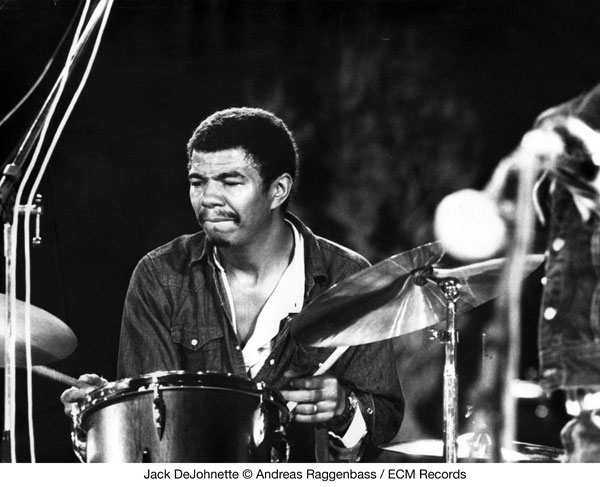 Jack DeJohnette
Born in Chicago in 1942, GRAMMY® winner Jack DeJohnette is widely regarded as one of jazz music's greatest drummers. Music appreciation flourished in DeJohnette's family. He studied classical piano from age four until fourteen, before beginning to play drums with his high school concert band and taking private piano lessons at the Chicago Conservatory of Music. DeJohnette credits his uncle, Roy I. Wood Sr., who was one of the most popular jazz DJ's in the South Side of Chicago, later vice president of the National Network of Black Broadcasters, as the person who initially inspired him to pursue music.
In his early years on the Chicago scene, he led his own groups and was equally in demand as a pianist and as a drummer. He played R & B, hard bop, and avant-garde and was active with the experimentalists of the Association for the Advancement of Creative Musicians (AACM) in its early days, with the likes of founder Muhal Richard Abrams, Roscoe Mitchell and Joseph Jarman. In 1966, he drummed alongside Rashied Ali in the John Coltrane Quintet. International recognition came with his tenure in the Charles Lloyd Quartet, one of the first jazz groups to receive cross-over attention, which also alerted the world to Keith Jarrett's skills.
Jack DeJohnette has collaborated with most major figures in jazz history. Some of the great talents he has worked with are John Coltrane, Miles Davis, Ornette Coleman, Sonny Rollins, Sun Ra, Jackie McLean, Thelonious Monk, Bill Evans, Stan Getz, Keith Jarrett, Chet Baker, George Benson, Stanley Turrentine, Ron Carter, Lee Morgan, Charles Lloyd, Herbie Hancock, Dave Holland, Joe Henderson, Freddie Hubbard, Abbey Lincoln, Betty Carter and Eddie Harris, who is responsible for convincing DeJohnette to stick with drums because he heard DeJohnette's natural talent.
It was in 1968 that DeJohnette joined Miles Davis's group in time for the epochal upheaval marked by Bitches Brew, an album that changed the direction of jazz. In his autobiography, Miles Davis said, 'Jack DeJohnette gave me a deep groove that I just loved to play over.' Jarrett soon followed DeJohnette into the Davis group, and the drummer's first ECM recording, the duet Rutya and Daitya was made in 1971. Working with Miles also brought about collaborations with John McLaughlin, Chick Corea and Dave Holland.
In 1968 he recorded his first album as a leader on the Milestone label, called The DeJohnette Complex, where Jack played the melodica along with his mentor Roy Haynes on drums. In the early 70's he recorded Have You Heard in Japan and two albums for Prestige, called Sorcery and Cosmic Chicken. These early sessions united Jack with Gary Peacock, Bennie Maupin, Stanley Cowell, Miroslav Vitous, Eddie Gomez, Alex Foster and Peter Warren.
Jack began to record as a leader for ECM, with each of his successive groups Directions, New Directions, and Special Edition making important contributions to the evolution of jazz. The New Directions band featured two musicians who would have long-term associations with DeJohnette: John Abercrombie and Lester Bowie. A friend from Chicago days, Bowie played intermittently with DeJohnette until the end of his life. Most notably, Lester and Jack collaborated on a duo album called Zebra, which was a world beat influenced video soundtrack and CD. Abercrombie continued to work with DeJohnette in the Gateway Trio, along with Dave Holland. Special Edition, with its rotating front line, helped introduce the sounds of David Murray, Rufus Reid, Howard Johnson, Arthur Blythe, Chico Freeman, Greg Osby, Michael Caine, Lonnie Plaxico, Gary Thomas and John Purcell to a wider audience. Jack most recently worked with Abercrombie on another long-time collaborator's album, John Surman's Brewster's Rooster (ECM, 2009).
DeJohnette has recorded as a leader on Columbia, Landmark, MCA/GRP, and Toshiba/EMI/Blue Note, but the bulk of his recordings are on the ECM label. He also has a growing catalogue on his own imprint, Golden Beans Productions, since the label’s launch in 2005.
While continuing to lead his own projects and bands, DeJohnette has also been a 25-year-plus member of the immensely popular Keith Jarrett/Gary Peacock/Jack DeJohnette Trio. DeJohnette has appeared on more ECM albums than any other musician; his numerous recordings for the label display his subtle, powerful playing and the “melodic” approach to drums and cymbals that makes his touch instantly recognizable. Read more on DeJohnette‘s homepage.