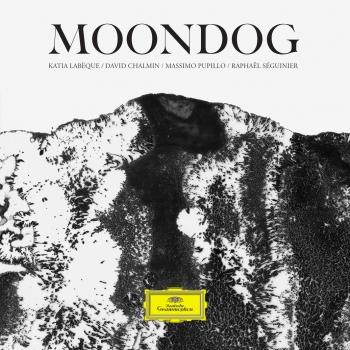 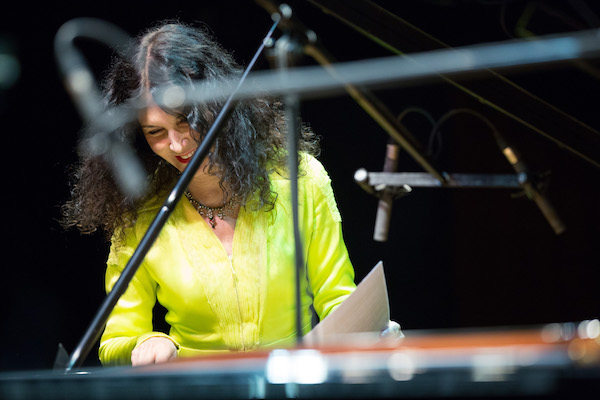 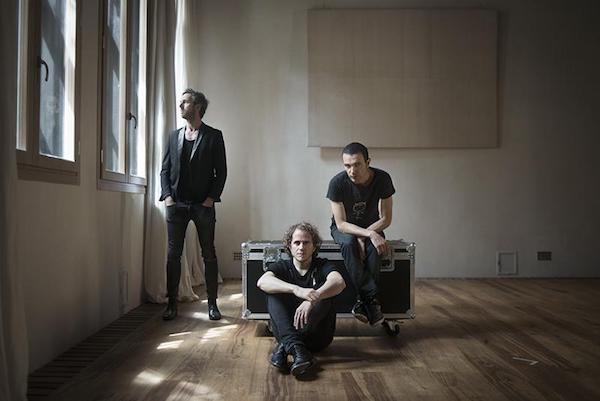 Katia Labèque
One of the most acclaimed musicians of our time, Katia Labèque has earned universal admiration for her extraordinary virtuosity and exceptional communicativeness in concert. Katia Labèque‘s childhood was full of music and traditional studies were integrated in the lessons by her mother, Ada Cecchi, a pupil of Marguerite Long. Favoring her anti-conformist spirit, Katia has an eclectic repertoire that ranges from Bach to contemporary avant-garde.
As a duo with her sister Marielle, she has had an important international career, invited by the most prestigious orchestras, including the Berliner Philharmoniker, Bayerischer Rundfunk, the symphony orchestras of Boston and Chicago, the Cleveland and Philadelphia Orchestras, Leipzig Gewandhaus, London Symphony, Philharmonia, Los Angeles Philharmonic, Filarmonica della Scala, and Wiener Philharmoniker. The impressive itinerary has taken them to the most important festivals, from Berlin to Blossom, Hollywood Bowl, Lucerne, the Proms of London, Ravinia, Tanglewood, Salzburg Easter Festival.An audience of more than 33,000 attended a gala concert with the Berlin Philharmonic conducted by Sir Simon Rattle at Berlin’s Waldbühne, now available on DVD (EuroArts).
Katia had the privilege of working with many composers including Thomas Adès, Louis Andriessen, Luciano Berio, Pierre Boulez, Philip Glass, Osvaldo Golijov, György Ligeti and Olivier Messiaen. Katia and Marielle gave in Los Angeles at Walt Disney Hall the world premiere of Philip Glass’s new Concerto (written for them) together with Los Angeles Philharmonic Orchestra under the direction of Gustavo Dudamel. A new concerto by Bryce Dessner, written specially for the piano duo, took place at Royal festival Hall with London Philharmonic orchestra
Her own label, KML recordings, is distributed by Deutsche Grammophon and have release several CD including Minimalist Dream House, West Side Story, Rite of Spring etc….. . The DVD "The Labèque Way", a letter to Katia and Marielle by Alessandro Baricco produced by El Deseo (Pedro and Augustin Almodóvar) and filmed by Félix Cábez was released by EuroArts.
Besides the duo with her sister, in 2001 Katia Labèque created an extraordinary new duo with the violinist Viktoria Mullova, which, from the beginning, enjoyed great success with the public and critics: together they have played at Carnegie Hall in New York, the Musikverein in Vienna, Musikhalle of Hamburg, Munich Philharmonic and again in Lucerne, Paris, Belgrade, Athens, Rome, Florence, London, etc. and recorded a CD Récital (KLM 1110/Onyx 4015) with the music of Schubert, Ravel and Stravinsky (www.klmrecordings.com).
Katia’s most recent solo project « Moondog » took place at festival de Fourvieres in Lyon with band « Triple Sun » , and will be released in Autumn 2018
A record audience of more then 100.000 attended the Vienna Summer Night Concert 2016 in Schönbrunn,(now available on CD and DVD by Sony), where Katia and Marielle played with the Vienna Philharmonic under the baton of Semyon Bychkov. More then 1,5 Milliard viewer followed the concert worldwide on the TV.
Triple Sun
Formed in 2011 after playing as part of Katia & Marielle Labeque's Minimalist Dreamhouse over three nights at King's Place in London, the trio formed an immediate bond, a musical alchemy and decided to continue working together.
Katia and Marielle Labèque, a world most famous piano duo, brought Massimo, David and Raphael to explore the minimalist compelling repertoire, tracing the influence of the early American Minimalists upon musicians as broad-ranging and infamous as Brian Eno, Sonic Youth, Radiohead, and Aphex Twin.
Coming from very different worlds; classical, avant-garde and rock, the three musicians’ challenge was to engage in songwriting that would be both simple and full of inspirations coming from their very different backgrounds. The resulting sound exceeds its component parts – the listener won’t find ill-fitting influences dictating their direction, rather, the three disciplines of songcraft prove to be closely related.
Deep drones furrow down, creating a transient base from which weight has no standing, and semi-solid post-rock actions float by untethered. The masterful percussion leads the procession by example, contributing so much more than the usual rock drummer template, and swarms of hum and hiss, minute moments and grand declarations wrap around the intimate voices that narrate this album. Inspired by the archetypal songwriting of Leonard Cohen, by the sonic explorations of Earth but also by Swans, Low, early Pink Floyd and timeless soundtrack compositions, the trio here have made a quite astounding collection of tracks, as unique as they are captivating.
Massimo Pupillo
is a bass player and founder of the band Zu with albums on Mike Patton's Ipecac Recordings. He played on more than 50 albums and 2000 concerts worldwide. He has worked with: Mike Patton, The Melvins, FM Einheit (Einsturzende Neubauten), Katia Labeque, Peter Brötzmann, Nobukazu Takemura, Eugene Robinson (Oxbow), Steve MacKay (The Stooges), The Ex, Thurston Moore, Jim O'Rourke (Sonic Youth), Stephen O'Malley (Sunn O), Damo Suzuki (Can), Mats Gustafsson, Joe Lally (Fugazi), Brian Chippendale (Lightning Bolt), etc...
David Chalmin
is a composer, producer, sound engineer and musician. In 2015 his new piece Star-Cross'd Lovers will be premiered at the Paris Philharmonie, and he will present a project on Moondog's music, commissioned by King's Place in London, in continuity to his 2011 work on Minimalist composers. In 2014 he was commissioned by the WDR orchestra in Köln to compose an orchestral suite of arrangements of Bernard Herrmann's film scores interpreted by the orchestra. He also collaborates with British singer Matt Elliott as a co-producer and guitarist.
Raphaël Séguiner
developed throughout his international career a personal style that has led him to play with Rufus Wainright, Saul Williams, Micky Green, Chocolate Genius, Matt Elliott, Emilie Simon, Katia and Marielle Labèque. He performs with famous orchestras and conductors such as the Berliner Philharmonic with Simon Rattle, the Bruckner Orchestra with Dennis Russel Davis, MDR Sinfonie Orchester in Leipzig, the Sydney Symphony. He played major festivals such as Rock en Seine, Sziget, Glastonbury, Fuji Rock etc