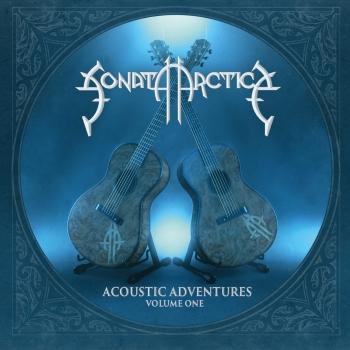 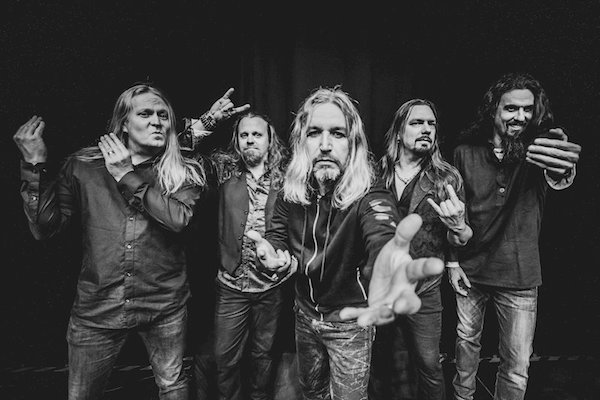 Sonata Arctica
began in 1996 under the name Tricky Beans in Kemi, Finland. They would release three demos under that name – Friends Till the End, Agre Pamppers and PeaceMaker. In 1997 they renamed themselves Tricky Means, changing their rock ways into a more Power Metal feel and gaining influences from bands such as Stratovarius.
The first demo recorded by Tricky Means, FullMoon, at Tico Tico Studios in Kemi caught the eye of owner Ahti Kortelainen. The demo codified their trademark sound of fast, melodic metal with heavy keyboards and clean high vocals. Ahti Kortelainen was so impressed that he sent it over to the Finnish record label Spinefarm Records, closing their first album deal in 1999. It was then that they decided to choose a more appropriate name for their music – Sonata Arctica.
Sonata Arctica’s first single “UnOpened” was released in the summer of 1999. The single contained the title track and the song ‘Mary Lou’. Unfortunately the original pressing of the single had been accidentally slowed down – this mistake was discovered after the single had been shipped to record stores. The record label recalled the single and a new version was released. Their first album Ecliptica was released shortly after the single in Finland, and then with great success internationally. It led the way for the band to participate on cover albums for Metal luminaries such as the Scorpions and Helloween.
Singer Tony Kakko decided to concentrate more on singing live instead of doing keyboards and vocals at the same time. They hired keyboardist Mikko Härkin in 2000 to allow Tony to roam freely on stage. For a while it allowed both Tony and Mikko to play simultaneously on the same keyboard which added an interesting element to their live experience.
In 2000 Sonata Arctica was chosen out of 32 bands, from 15 different record companies, as a support band for Stratovarius’ European tour with Rhapsody. This tour would expose the band to new audiences and win over even more fans. After the tour they released a mini CD/EP called “Successor” featuring unreleased tracks, covers, and live tracks to whet the fans’ appetite for the new album.
In the summer of 2000 bassist Janne Kivilahti left the band due to personal reasons. Former band member, Marko Paasikoski, then rejoined the band as his replacement playing bass instead of guitar. The lineup at that point was Tony Kakko (vocals), Jani Liimatainen (guitars), Marko Paasikoski (bass), Mikko Härkin (keys) and Tommy Portimo (drums).