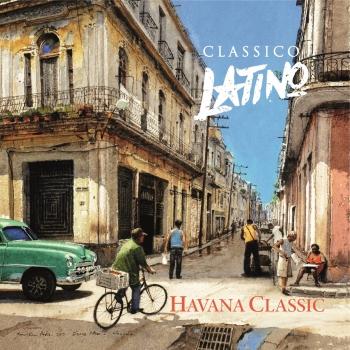 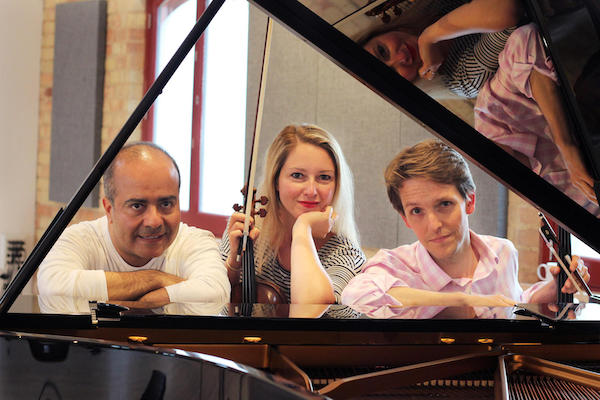 Classico Latino
was formed by the unlikely meeting of Colombian pianist Ivan Guevara and British cellist Graham Walker in Cambridge in 1997. Guevara, then studying for a PhD in Law at St John’s College, had heard about the young musician Walker, a Mathematics undergraduate, and invited him to try playing Latin-American music. An unusual musical relationship blossomed, and their first concert, in the Master’s Lodge at St John’s, which took place in early 1999, was a resounding success. Further performances around Cambridge followed, and shortly afterwards the pair invited Lizzie Ball, another St John’s student and the first of many violinists to work with the group, to take part in a number of concerts.
The group’s first overseas performances were in Switzerland, in the early 2000s. A loyal following developed, from British, European and Latin-American fans, and Classico Latino began a regular schedule of concerts around the UK and further afield. The group’s commitment to charitable work was evidenced by a series of concerts for Latin-American charities, notably Children of the Andes and the Friends of Colombia for Social Aid. The trio’s first tour to Latin America took place in 2006, and featured a sell-out concert in the Teatro Colón, Bogotá. Since then Classico Latino has performed many times in Colombia, most notably at the Festival Mono Nuñez, where their rendition of the iconic waltz Pueblito Viejo, broadcast live on national TV, received an unprecedented standing ovation. At the same festival Walker was presented with a plaque in recognition of his composition, El Pasillo Inglés, written in honour of the rich Colombian Andean musical tradition.
Classico Latino has a proud history of recordings. Their first album, Serenata, was released in 2009, launched at Ronnie Scott’s Jazz Club and St John’s, Smith Square. This was soon followed in 2010 by a Christmas album, Navidad con Classico Latino, which offered an intriguing insight into the world of Latin-American Christmas carols. 2012 saw the release of their most ambitious project to date, Journey Through Latin America. This recording, made at the famous Studio 2 Abbey Road, saw the group joined by Colombian star Andres Cepeda, Greek vocalist Eirini Tornesaki, English choir The Gentlemen of St John’s, Venezuelan and Colombian percussionists, Mexican and Colombian guitarists and British string players. The resulting sound was a remarkable blending of two cultures and traditions, summing up the core message of the group: “The collision of two worlds”. Subsequently, in 2015, Alfonsina y el Mar, the beautiful Argentinian lament, was released as a single in a special version for cello and piano, also recorded at Abbey Road Studios. This time also saw the group working with guest musicians, and since then Classico Latino has been proud to perform regularly with vocalist Andria Antoniou, bass players Rey Crespo and Jimmy Martinez, and percussionists Sebastian Laverde and Wil Sifontes.
2016 saw the launch of Classico Latino’s fourth album, Tu Tierra. This recording takes the group back to its roots, exploring the musical heritage of the Colombian Andes. Recorded at the Stapleford Granary in July 2015, this new disc, featuring the core trio, contrasts classic Colombian songs with original compositions written in homage to the wonderful cultural traditions of this extraordinary region.
Recording of their fifth album, Havana Classic, took place in July 2018 at the iconic EGREM studios in Havana, Cuba. With guest artists Omar Puente, Andria Antoniou and local musicians, this new album, to be released in 2019, will channel the tropical spirit of old Cuba with a unique classical twist.