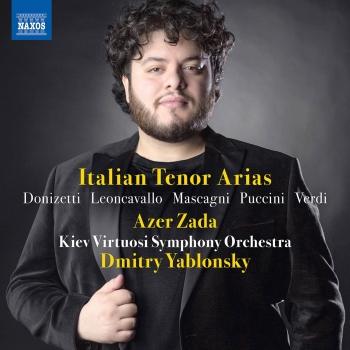 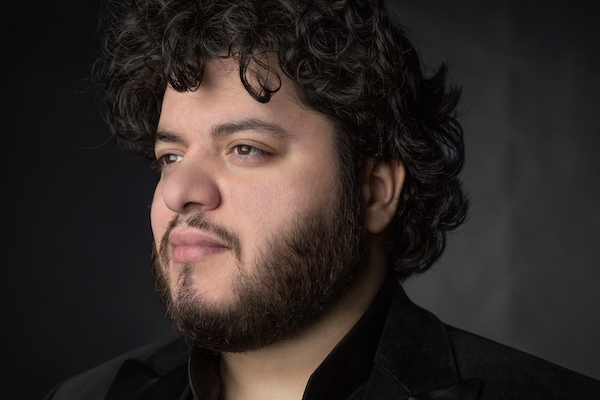 Azer Zada
Born in Baku - Azerbaijan, Azer Zada debuted his vocal career in 2009 as a soloist at the Azerbaijani State Opera. After moving to Italy, he enrolled in the Accademia d’Arte Lirica of Osimo, attending masterclasses with the late Magda Oliviero, Raina Kabaivanska, Renata Scotto and Renato Bruson. He is awarded numerous prices in competitions such as Concorso Lirico Internazionale di Portofino and First Prize in Concorso Voci Verdiane.
Admitted to the prestigious Accademia Teatro alla Scala in 2014, he is performs at Teatro alla Scala under the baton of conductors as Zubin Mehta, Riccardo Chailly, Nello Santi and Myung-Whun Chung.
In 2016, he made his debut as Macduff/Macbeth at Teatro Giuseppe Verdi DI Salerno under Daniel Oren. Later that year, he performed Verdi’s Messa di Requiem under Jader Benjamini with the Orchestra e Coro Sinfonico della Verdi at the Auditorium di Largo Mahler and at the Festival de La Chaise-Dieux.
The season 2017/18 marked the debut of Zada’s solo career and many role debuts. He performed Don José/Carmen in Teatro Coccia (Novara) and Teatro Vittorio Emmanuelle (Messina) as well as Rodolfo/La Bohème in Fano, Chieti and Ascoli Piceno. Later that season, he made his house debut at Teatro La Fenice (Venice) in La Bohème and Pinkerton/Madama Butterfly. The lyric season ends with performances of Carmen at Teatro Lirico di Cagliari. During the summer, he was invited as Cavaradossi/Tosca to the Soirées Lyriques in Sanxay and Luglio Musicale Trapanese.
During the 2018/19 season, Zada returns to Teatro La Fenice as Pinkerton/Madama Butterfly, followed by his role debut as Ismaele/Nabucco in Teatro Verdi (Padova). At Teatro Reggio Emilia, he returned to the role of Cavaradossi/Tosca, followed by his debut as Alfredo/La Traviata at Teatro Petruzzelli (Bari). Later, he performed La Bohème at the Azerbaijan State Opera and Messa di Requiem at Heydar Aliyev Center. He has his first solo concerts at Baku State Philharmonic Hall and in the Great Hall of Moscow Tchaikovsky Conservatory. Next, he made his Bolshoi Theatre debut in La Traviata, and performs Madama Butterfly at Moscow Philharmonic Hall. At the end of the season, he returned to Trapani (Sicilia) for performances of Carmen.
Azer Zada began his 2019/2020 season with performances of Tosca at Teatro La Fenice, followed by his role debut as Radamès/Aida at the Teatro Alighieri (Ravenna). He returned to the role of Rodolfo/La Bohème at Bolshoi Theatre and Teatro Municipale di Piacenza. The highlight of the season was his debut in Cavalleria Rusticana/Pagliacci at Ravenna Festival, under the baton of maestro Riccardo Muti.
In 2020/21, Zada makes his house debut at Teatro Nacional de São Carlos (Lisbon) in La Wally. He also returns to Bolshoi Theatre for performances of La Bohème and Tosca. He returns to Teatro Municipale Verdi in Salerno and during the summer, he will perform Carmen at Soirées Lyriques de Sanxay.