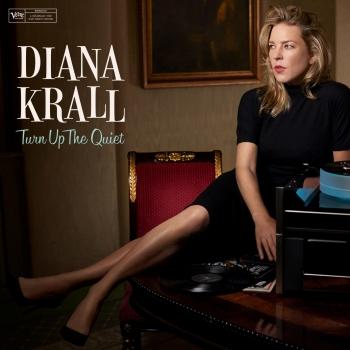 Turn Up The Quiet 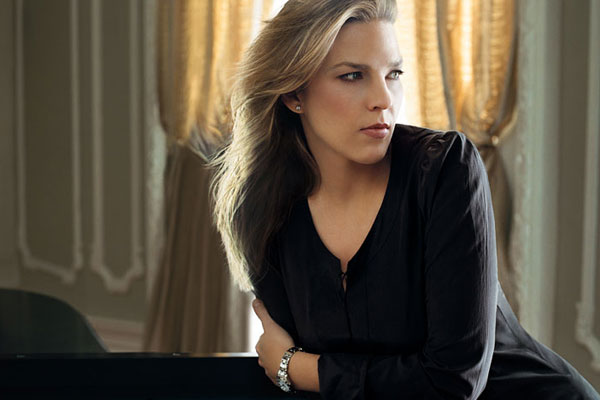 Some music is intended to paint a romantic scene – a candlelit dinner, a walk along a moonlit beach. Quiet Nights – Diana Krall’s twelfth album – ain’t about that. Using Brazil as a musical point of reference, the award-winning pianist and singer is not suggesting a night out; she means to stay in.

“It's not coy. It's not ‘peel me a grape,’ little girl stuff. I feel this album’s very womanly – like you're lying next to your lover in bed whispering this in their ear.”

Krall is the first to credit the musical team she assembled – her loyal quartet, ace producer Tommy LiPuma, engineer Al Schmitt plus legendary arranger Claus Ogerman – for much of the seductive power on Quiet Nights. But there’s a deeper, palpable sense of maturity that she brought to the recording as well. “Most of my singing and playing on the album is really just first or second takes. ‘You're My Thrill,’ was a second take – “Too Marvelous,” first take.”

“She’s completely matured,” says Tommy LiPuma, who should know, having first worked with Krall in 1994. “Even in the past few years. She approaches her vocal phrasing much more like an instrumentalist than a straight singer. It’s in her reading of the lyrics, and the timbre of her voice, much more misty like Peggy Lee in her mature period.” (“I didn't want to over sing -- I was drawing also from Julie London very strongly on this album,” Krall confesses, noting that such influences are not always conscious on her part. “It just came out that way.”)

As such, the Brazilian focus of Krall’s new album could not have been a more natural next step. “She's been very sympathetic to this music for a long time,” notes LiPuma. “When we did The Look of Love, we were very much leaning in the bossa nova direction. Quiet Nights is really a celebration of this music. Diana sings three Brazilian classics, she rhythmically turned four standards into that style, and three ballads. So really there are ten songs on the album of which seven are just straight up bossa novas.”

It makes sense that Quiet Nights (also the English name of the bossa nova classic “Corcovado” that is the title track) draws much of its musical spirit from the land that puts the “carnal” into its annual Carnaval celebration. “I was inspired to do this record because of my trip last year to Brazil,” says Krall, who returned to Rio de Janeiro to shoot a concert for a new DVD release. “Then I just kept going back and found that everywhere you go you still hear the sounds of Jobim and bossa nova.”

For those who may not remember or weren’t yet around, Brazil’s bossa nova wave (literally “new bump” or “new way” in Portuguese) was the widely popular musical style, based on the country’s traditional samba rhythms, that swept up from the sidewalk cafes of Rio in the early ‘60s and seduced the entire planet with its hypnotic, swaying beats, sultry melodies, and new, exciting harmonies – all with generous room for jazz improvisation. Antonio Carlos Jobim (who composed “Quiet Nights” and “The Girl from Ipanema”) and Joao Gilberto (“Este Seu Olhar”) are two of the pioneers of the music, revered as national heroes in Brazil to this day.

Fifteen years later, she can look back over a stellar career path: in ’99, signed to Verve, her career exploded when When I Look in Your Eyes won a GRAMMY® for best jazz vocal and became the first jazz disc to be nominated for Album of the Year in twenty-five years. In 2002, The Look of Love was a #1 bestseller in the US and a five-time platinum album in Canada. 2004’s The Girl in the Other Room, was her first to focus on her own songwriting (with six tunes co-written with husband Elvis Costello); 2005’s Christmas Songs proved one of the season’s best-sellers; and 2006’s From This Moment On was an upbeat, critical success that coincided with the birth of her twin sons – a life-affirming event that LiPuma feels enhanced Krall’s continuing growth as a musician. “Motherhood definitely agrees with her—and marriage. I think she's really come into her own.”

As moving as Quiet Nights is -- deriving from Krall’s feelings for Brazil and bossa novas – the singer is not shy in admitting that its sensuality is as much about her home life. “It’s my love letter to my husband – just an intimate, romantic album.” As they say in Rio – obrigado!