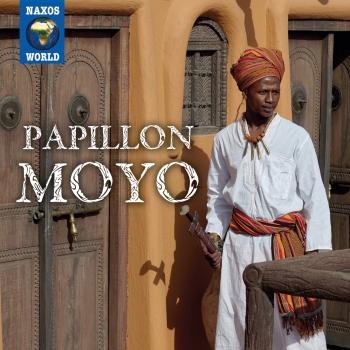 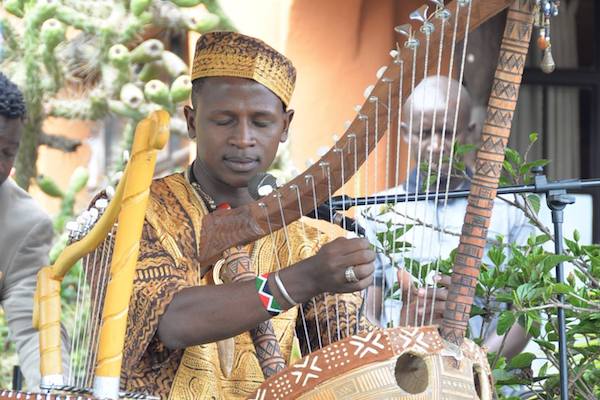 Papillon
There is a new musician on the East African music scene by the unlikely name of “Papillon” (butterfly in French). Papillon has arrived on the music scene, however, more like a comet than a butterfly, as he not only writes all of his own music — in several languages — but he designs and creates his own African instruments!
Papillon is among the first musicians in recent times to look at African musical instruments with an eye to redesign, combine and upgrade them for a new musical experience. For instance, he has taken an 8-string lyre, which is played in one version or another in countries along the Nile River and set it inside a calabash resonator (similar to those found in the “Kora” of the Sahel) along with two “Kalimbas” (finger pianos) which are played throughout Africa. This ingenious invention allows him to play two different instruments at the same time. His interest in traditional musical instruments is partially the result of time he spent under the tutelage of another East African musician who created musical history and achieved world fame by playing traditional musical instruments, the legendary Ayub Ogada.
Although Papillon is quite young, he is not really new to the music scene of Africa. A decade ago, as a child named Martin Murimi, he joined a Kenyan group called “Jua Kali Drummers”, a phenomenal group of young percussionists that traveled to Europe and other parts of the world. When the group morphed into the famous “Slum Drummers,” Papillon took over as the assistant manager under an Italian musical director, named Giovanni lo Cascio. `From a poor rural background, Papillon endured a hard early life, and, as a street boy, found salvation in music and art. Besides being a prize-winning percussionist, he is an accomplished artist.
Now Papillon is ready to spread his musical wings in flight, preparing his first major album. With his soaring voice and haunting melodies, coupled with a litany of African instruments, many of his own making, Papillon is a musical force to be reckoned with. He has formed a group of versatile and diverse musicians, including an Indian Tabla drummer, a flutist, a pianist, Guitarist. This group will accompany Papillon on his quest to take back traditional music, much of which was lost during the colonization of Africa and other parts of the world, and his attempt to build a new musical dynasty on old African roots.