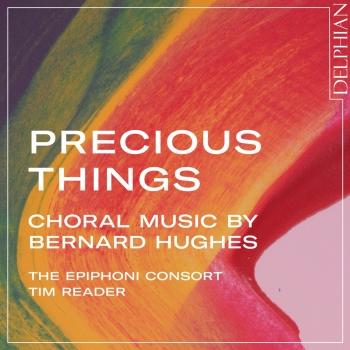 The Epiphoni Consort
was founded in 2014 by Tim Reader to fill a gap between the amateur and professional tiers of London’s choral circuit. Its members comprise a number of people who sing to a professional standard but have other full­-time careers.
The group has won awards in Tenebrae’s prestigious Locus Iste Competition and in the London A Cappella Choir Competition, and has appeared on television on the BBC4 documentary “The Joy of Rachmaninov” and the BBC2 documentary “Terry Pratchett: Back In Black”, singing Tallis’s forty­ part motet Spem in alium. The choir’s debut CD, “Sudden Light”, and its follow-up “When Love Speaks” on the Delphian Records label have been received with critical acclaim from Gramophone, Choir and Organ Magazine, BBC Radio 3, BBC Music Magazine and numerous online reviewers.
Recent performances have included Rachmaniniov All-Night Vigil, Durufle Requiem with Echo Ensemble Belshazzar’s Feast at Fairfield Halls with Kensington Symphony Orchestra. Their third album is released in May 2022.
Tim Reader
Artistic Director Tim Reader studied singing, accompanying and conducting at the University of Exeter, graduating in 2000. He returned to academia in 2018 for the Master’s programme in Solo Voice Ensemble Singing with Robert Hollingworth at the University of York, graduating the following year with a merit.
Tim deftly balances dual careers, one in website consultancy for charities and arts organisations, and the other as a singer and choral director in London and surrounding areas.
He has conducted The Epiphoni Consort in performances at Westminster Abbey, St Martin-in-the-Fields, St Paul’s Cathedral, Southwark Cathedral, Canterbury Cathedral, The Barbican, The QEH and St John’s Smith Square, and for the BBC. He conducts as a regular deputy for the professional choir of St John’s Wood church, and numerous choirs and choral societies in the capital.
He is a member of the Sunday morning choir, comprising eight professional singers, at St John’s Wood church.