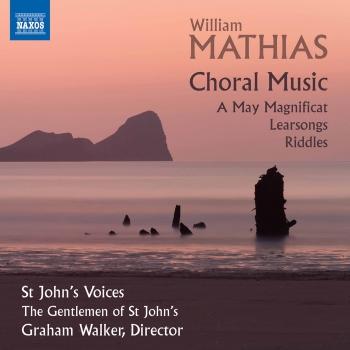 Graham Walker
studied mathematics as a Choral Scholar at St John’s College, Cambridge, and was subsequently awarded a scholarship and bursary to study cello as a postgraduate at the Royal Academy of Music in London. Graham has performed as a solo and chamber cellist across Europe and North and South America; he regularly tours the USA, where in 2008 he performed all Bach’s Cello suites. Graham is a highly respected choral conductor, and directs several choirs and orchestras; his first recording as a conductor featured the music of Jean Mouton, a 16th-century Flemish composer, much of whose music was being recorded for the first time. Graham’s discography reflects his wide musical interests: he has recorded, variously as a cellist, singer and conductor, for Nimbus, Naxos, Chandos and EMI: his most recent recording for Chandos is regularly to be heard on UK radio stations, and his third album with his Latin-American group Classico Latino (“Journey Through Latin America”) was warmly received by Latin-American critics and was pre-selected for the Latin Grammys in 2013. Graham’s work with Classico Latino has led him to discover the wealth of the Latin American musical repertoire, music which is almost entirely unknown outside the continent. With the group he has toured South America on several occasions, and in 2011 he was awarded a plaque live on Colombian national television in recognition of his “outstanding contribution to Colombian Andean music”. Alongside his work with St John's Voices, Graham is Precentor and Director of Music at Magdalene College and Musical Director of two other choirs. He has recently been shortlisted in the competition to succeed Stephen Cleobury as Director of CUMS Chorus.
The Gentlemen of St. John's, St. John's Voice
The site of what is now the College was once home to a monastic house, a “Hospital of St John”, which was in existence from at least the early 13th century. By the start of the 16th century, however, this had fallen into disrepair. It came to the attention of Bishop John Fisher, Chancellor of the University and a friend of Lady Margaret Beaufort, the mother of King Henry VII. Fisher persuaded her to build a college in place of the old hospital.
Although Lady Margaret died in 1509, the foundation of the College went ahead two years later, in 1511. Originally, all of the necessary accommodation was focused around a single court, which included a Dining Hall and Kitchen, Chapel, Library, and rooms for Fellows and students. By 1545, there were 152 Fellows and scholars subsisting in this environment. Over the centuries, the College gradually expanded. Second Court was built in 1599-1601, and a magnificent library (now the Old Library) was added in 1624-8. By the mid-19th century, the College had expanded across the River Cam, with the construction of its famous Bridge of Sighs and New Court (1826-31).
Its great Chapel, familiar from any cityscape of Cambridge, was designed by George Gilbert Scott in 1863-9. During the 20th Century, more courts were added, on the north side of the College, and further to the west across the river.
The building and refurbishment of St John’s has continued into the modern era. In 2012, the refurbished Old Divinity School opposite the Great Gate opened for use, following an extensive project that illuminated its dark, Victorian interior and created new facilities for teaching, lectures, and theatre.
Over the centuries, the pattern of studies and undergraduate life has changed with the times. Originally a seminary focused chiefly on the liberal arts, theology, and the biblical languages, St John’s gradually became a centre for the study of classics and mathematics, and in the 20th century for other subjects in the humanities, medicine and the sciences.
The list of famous “Johnians” (as students and alumni of St John’s are known), is too long to list here, but among them are Prime Ministers such as Lord Palmerston and Manmohan Singh of India; equality campaigners such as William Wilberforce, Thomas Clarkson and Laura Bates; writers such as William Wordsworth, Samuel Butler, Jennifer Egan and Douglas Adams; the Nobel Prize winners John Cockroft, Fred Sanger and Paul Dirac; well-known film and television personalities including Hugh Dennis, Jonathan Miller, Amanda Boyle and Derek Jacobi; and sportspeople such as Rob Andrew, Annamarie Phelps, and Mike Brearley.
For a detailed history of the College, see Peter Linehan (ed.), St John's College Cambridge: A History (2011).
St John’s is one of 31 Colleges at the University of Cambridge. Colleges are where students live, eat and socialise, and where they receive small group teaching sessions called supervisions, which are regarded as one of the best teaching models in the world. Colleges are also self-governing; while they are part of the University (subject to University regulations) they select their own students and have their own internal procedures. Although students receive the same outstanding education whichever college they attend, each has its own unique history, environment and identity.
St John's was founded in 1511 and is one of the largest Colleges in Cambridge. Its former students include Nobel Prize winners, Prime Ministers, scientists, artists, and leaders in business and industry. Today it has more than 150 “Fellows” (resident academics who teach and research at St John’s), about 900 students (a mix of undergraduates and postgraduates), and about 250 staff. It’s an inspiring place to study, or even just to visit.