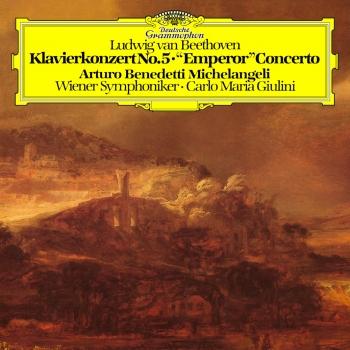 Arturo Benedetti Michelangeli
With his immaculate technique and mysterious disposition, Italian pianist Arturo Benedetti Michelangeli (1920–95) made audiences and collaborators expect both cool perfection and temperamental unpredictability. He withdrew from a late–1940s U.S. tour at the last minute, lamenting what he perceived as his promoter’s desire for him “to act as if I were from Barnum’s circus.” Infamously, he canceled a recital in the mid–’80s because fresh air let into the hall had altered the tuning of the piano. Michelangeli traveled with his own piano technician and often insisted that his personal Hamburg Steinway be shipped to recital venues. His obsessive fussiness and prickly gloom led even the high-strung Vladimir Horowitz to remark that Michelangeli was “the crazy one.” But conductor Sergiu Celibidache didn’t blame the Italian pianist for canceling concerts, even with multiple pianos and technicians put at his disposal; for him, Michelangeli’s “sensitivity” was the price to pay for even the chance to witness a great artist’s revelations. Born in a small town near Brescia, Michelangeli graduated from the Milan Conservatory at age 14. Five years later, he won first prize at the Geneva International Competition, where Alfred Cortot declared: “In this boy, there is some Liszt and Paderewski.” Michelangeli served in the Italian Air Force during World War II, though he was imprisoned late in the conflict by the Germans; he said that his captors whipped his hands when they found out that he was a pianist.
Michelangeli’s repertoire remained small for a major concert artist, though he excelled onstage and on record in a select group of solo works and concertos — including certain Scarlatti sonatas and much early to mid-period Beethoven, some Chopin (Ballades), Schumann (Carnaval, Faschingsschwank aus Wien), Brahms (Paganini Variations) and Rachmaninoff (Fourth Concerto), as well as Ravel (Gaspard de la nuit) and Debussy (Préludes, Images). Michelangeli’s interpretations divided critics, although they inspired a worldwide cult of devotees. The pianist’s bodily mechanism was supremely controlled at the instrument, his face impassive. He even barely acknowledged an audience’s ovations, once explaining: “Applause goes to Beethoven, to Chopin, to Debussy, not to me.” Michelangeli ran his own unconventional academies in Italy and, later, Lugano, Switzerland, with his notable students including Martha Argerich and Maurizio Pollini. He once said: “It is not a profession to be a pianist and musician. It is a philosophy, a conception of life that cannot be based on good intentions or natural talent. First and foremost, there must be a spirit of sacrifice.” With his reclusive nature, Michelangeli apparently didn’t enjoy performing in public (and never appeared in the U.S. after 1972). Even after one particularly lucrative concert, he reportedly said: “You see, so much applause, so much public. Then, in half an hour, you feel alone more than before.” —Bradley Bambarger