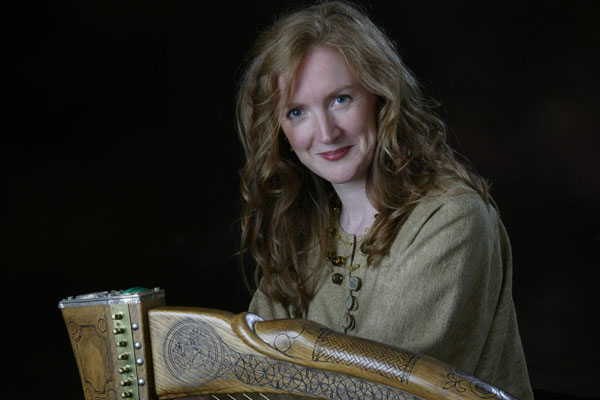 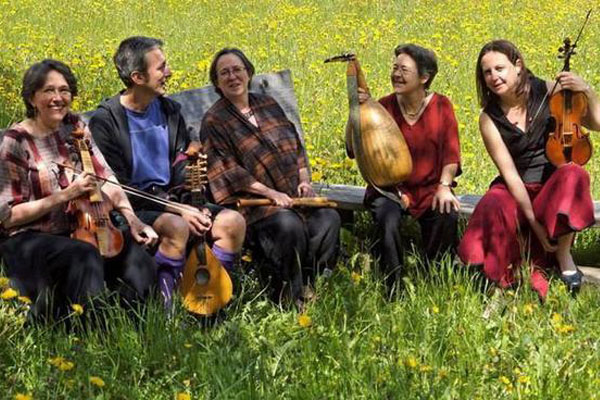 Siobhán Armstrong
is one of a small number of harpists worldwide who play harps from earlier centuries. She has a large collection of copies of instruments from the Middle Ages, the Renaissance and the baroque era. Siobhán was born in Dublin, lives in Ireland and works as a freelance performer and teacher, mainly in Europe. With fairly eclectic interests, she is equally at home playing 17th century Italian opera, performing on Hollywood film soundtracks and gigging at the world's biggest traditional music festivals. Her greatest interest is encouraging the revival of the early Irish harp. To this end she founded and chairs the Historical Harp Society of Ireland and is the director of Scoil na gCláirseach–Summer School of Early Irish Harp which takes place each August in Ireland. She plays a copy of the medieval Trinity College harp–the national emblem of Ireland–strung in brass and 18-carat gold. Her solo recording on this instrument, Cláirseach na hÉireann–The Harp of Ireland, was released in 2004. Alongside her solo work, Siobhán Armstrong performs and records with the leading early music soloists, ensembles, and directors in Europe. Siobhán has performed, broadcast and taught throughout Europe, North America and Japan.